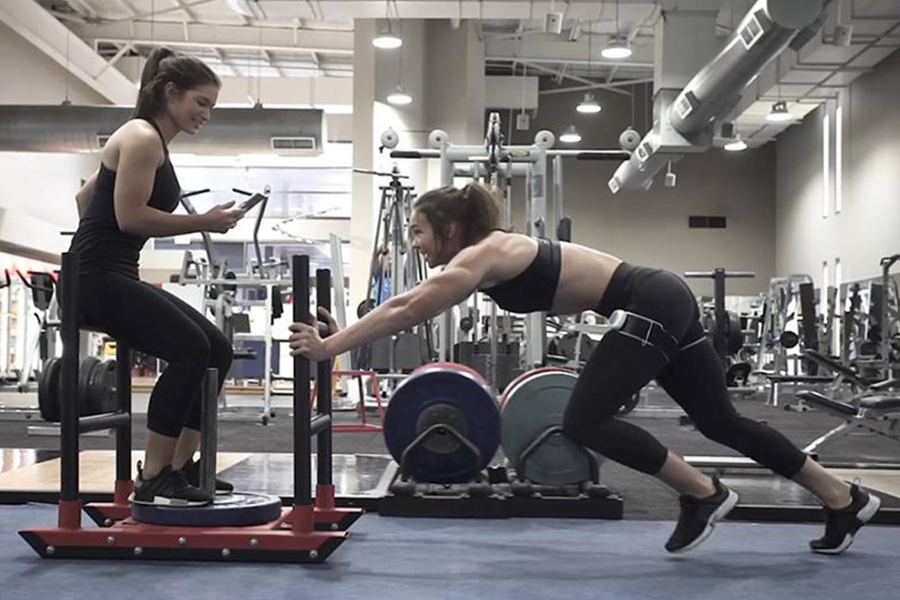 Gold Coast-based startup Uptek has set itself the task of demonstrating the muscular benefits of blood flow restriction training, a novel method of exercise used by NASA as part of their Enhanced Countermeasure Program (ECP) to reduce muscle loss associated with space travel.

Targeting a wide market of people including recovery patients, body builders, post-op patients, the elderly and elite athletes, this type of strength and resistance training utilises specialised cuffs which are worn on the upper arms or upper legs to improve muscle strength without lifting heavy weights.

The cuffs Uptek have developed are called AirBands which is their digital and wireless blood flow restriction training device controllable via Bluetooth from your smartphone. Pressure on the AirBands can be electronically increased and decreased via its smart phone app.

Giving the lowdown on blood flow restriction training and his company just before they launch into market is Uptek founder Joseph Marcus.

What’s the addressable market for your blood flow restriction bands?

Ideally it’s aimed at physiotherapists so they can work with their client whether they’re healthy individuals, people recovering from surgery or for the elderly who can’t engage in intense exercise but who would benefit from the resultant exercise. The air bands will allow people to engage in blood flow restriction training, get the benefits of exercise but without the setbacks involved with that. If you haven’t got the ability to lift heavy weights you can lift light weights with the air bands.

What kinds of trials of blood flow restriction training been conducted?

Blood flow restriction training is widely researched. There’s over 160 peer reviewed journal articles to date to substantiate the claims of the method. There’s been two meta-analysis performed which concluded that blood flow restriction training with light weights is an effective form of training. It’s been tested with post-operative ACL patients, the elderly as well as with apparently healthy populations including athletes and fitness enthusiasts.

With such a large, potential addressable market where do you begin to tackle it?

Physiotherapists are a good start as they have proximity to all of those type of people. Getting them on board is a good target market to initiate a marketing push with. Ultimately, there is a multiple target market.

The way I framed my pitch at the Sports Analytics Conference was more geared towards athletes but I do believe that the biggest addressable market is the elderly, and with an ageing population they need a better quality of life.

I’ve noticed with a lot of health based applications and products is that a lot tend to validate with athletes first before going into mass consumer markets. Is that a similar case with you too?

Yes that was something which I was quite cognisant of. It sort of lends itself to legitimacy theory because people believe athletes are engaged with higher forms of exercise, the cutting edge of technology and strength and conditioning.

If you can get a product with a sporting team it adds that gravitas or legitimacy to that product.

It’s that halo effect of being associated with high performance.

Particularly if they’re an ambassador for the product too and it all comes down to the story. Say if a particular athlete had an ACL injury and then did a certain technique, used the air bands product post-operatively and returned to their sport faster you have that athlete for life because they feel indebted or have gratitude to that method of training.

If it does work you would have a true organic ambassador for your brand.

What is the current plans for growth domestically?

We’re mass production ready now and we’ve been out in a minimum viable product format since February, testing the market and gathering feedback on the device and app. The customer feedback was very positive so we didn’t have to do any extensive research and development for the first iteration of the device.

We’re rolling out with a national launch imminently. In terms of an Australian go to market strategy it will be direct to consumer selling online via our website as well as retail stores. We’re focusing on what the initial Australian run is like, learning about the uptake and see what the market wants in terms of branding and messaging. Branding and messaging is key, especially to elderly individuals which differs from athletes so we’ve got to be mindful of what language and marketing messages that are delivered to the market will work best. We’re going to trial a few different things but it will revolve around targeting sports teams and getting into physio’s and targeting physio clinics as well.

You’ve generated some leads with elite sporting organisations, who are they?

I’ve had direct expressions from the Gold Coast Suns and Gold Coast Titans, and Cricket Australia have expressed interest in trialling the device. This type of training has already been used by a lot of larger organisations but the apparatus they’re using to implement it is not as effective as it should be.

Finally, what key lessons have you encountered in your startup journey so far?

Talk about your idea to a large number of people not in your immediate contact circle and source a number of professional opinions straight away before you make any key decisions.

Ultimately getting some business mentoring early was a very key step for me because it allowed me to be very proactive.