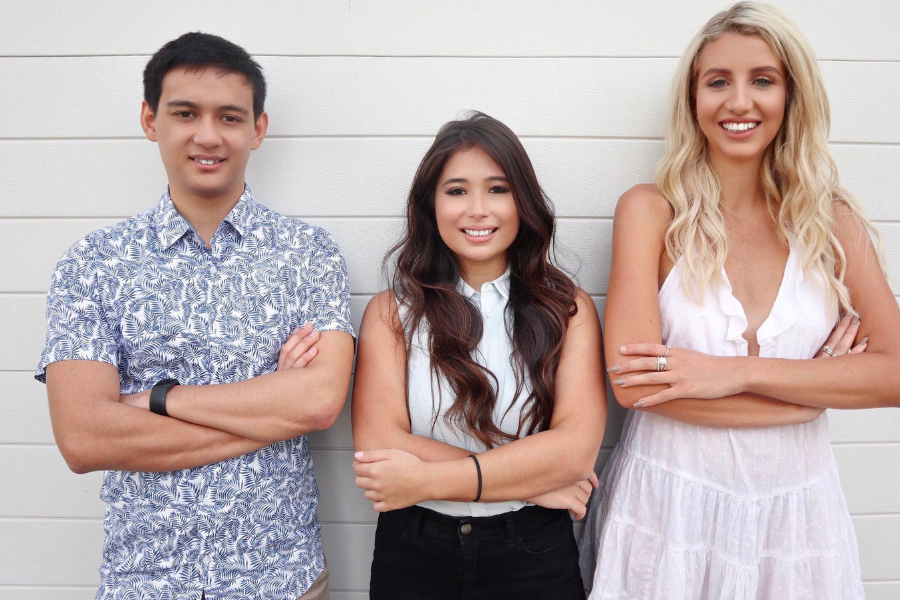 Many of us have been there: admiring an element of someone’s outfit and asking them where they got it only to be told that they bought it at a market while on holidays in Bologna or some other faraway place you’re not likely to get to anytime soon.

“Most fashion marketplaces tend to aggregate large known brands such as Sephora, Forever 21, ASOS, and more. However these brands are internationally known and already have a strong distribution channel, whether it be a store or a large online presence,” Duran explained.

Meanwhile, small boutiques selling online are growing steadily; Shopify reported in May 2018 that its merchants had attracted US$55 billion in sales to date.

“Adzurra taps into the potential of these small to medium sized boutiques and their social followings by aggregating their products on to one, seamless platform,” Duran explained.

While the concept seemed simple enough, Duran admitted Adzurra’s development journey has been “extremely complicated”, with building out the team the biggest challenge.

“As a sole non-technical founder, building a team has been a difficult task because by default, as a startup, funds are low. At the start, it was hard to convince software engineers, sales people and marketers to join the team when all I thought I could offer them were low salaries,” Duran said.

“It’s a growing process but I learned over time that there’s so much more a startup can offer to their employees beyond low salaries, and it was my job to convince every single person of the vision of Adzurra.”

The team spent three months testing the market and seeking feedback before development commenced, with the process helping shape and evolve the idea.

Duran’s original idea for Adzurra was to create a discovery platform, helping consumers find boutiques in a particular idea and then be directed to a website.

“As we grew our brand count and tested the app with users, we soon realised that they wanted the ability to purchase right there and then. That’s when we started building the universal cart,” Duran said.

The Adzurra app allows shoppers to sign in, browse products via the marketplace and curated content, shop sales and promo items, or search for local boutiques. They can them buy through the app.

Boutiques, meanwhile, sign up through Adzurra’s onboarding portal, with the platform then pulling their products through its API system. A boutique is then asked to list their distribution channels, detailing whether they sell online or offline or both.

The startup has a couple of different criteria it assess potential boutique partners by; first and foremost, Adzurra checks if their online inventory management system is compatible with its own.

Other things it looks at include whether a boutique specialises in a particular thing or has a unique aspect to their brand, for example specialising in vegan and cruelty-free products or donating proceeds to charity; if they stock their own products or whether they’re dropshipping; and how much they care about their community of shoppers and fans.

“Most boutiques struggle to find new marketing channels ,especially as the main ones are taken over by large brands with big marketing budgets. Adzurra is different as we work with the smaller boutiques, empowering and supporting local brands,” Duran said.

Adzurra raised funding early on in its journey which, among other things, allowed the startup to develop the product, test the market, hire, and move from outsourcing its development overseas to hiring in-house developers. Duran also took part in the Austrade landing pad program in Israel.

“When I was raising, my main concern was looking for an investor that understood that startups were a long term gain and who would trust me and who wouldn’t try and control my team’s creativity,” Duran said.

“I have heard such horror stories were startups raise and when an investor comes in, they try and control the vision of the product which is not necessarily the vision of the founder. I definitely did not want that to happen. I was lucky enough to find the perfect investor for what we needed.”

The startup is currently developing version two of its app, with a relaunch imminent.

“Interest has been quite great – at one point we had over 400 downloads in 24 hours – which is quite good since our product is quite horrible right now,” Duran admitted.

“We have a strong social media following, however it’s quite difficult to retain customers with the current app because it has so many bugs.”

Along with launching version two, Duran hopes to raise another round of funding later on in the year to help push Adzurra’s growth.