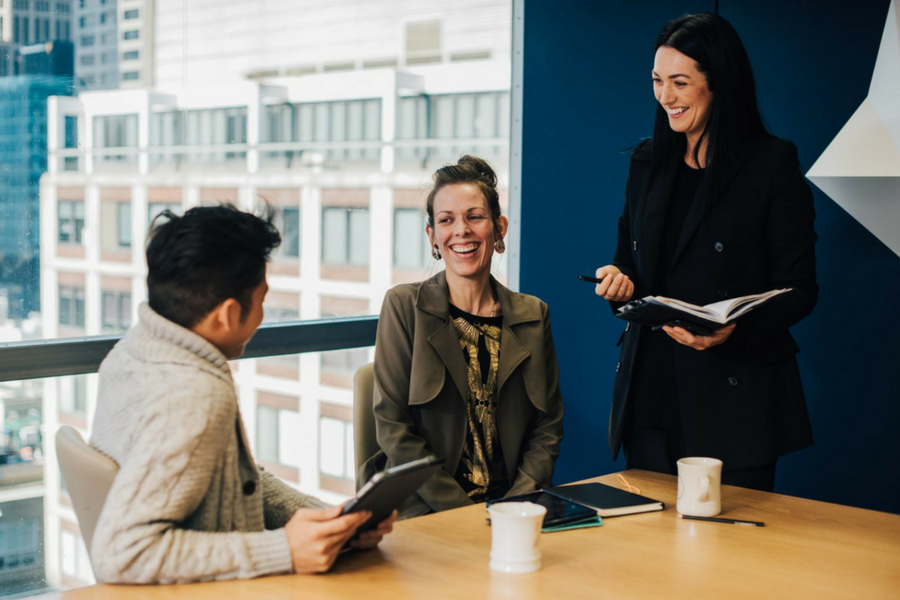 The start of a new month is a great time to reflect on where your career is heading, and whether you’re getting paid enough to head there.

If you feel short changed, there’s really no avoiding having the uncomfortable conversation that every employee dreads…the pay negotiation.

To help you get through this tricky chat with both money in your pocket and the goodwill of your boss, here’s how to avoid the five biggest mistakes people make when negotiating a pay rise.

They don’t consider the direction of the business

As an employee you are part of a team working towards a common set of goals, so it’s important to appreciate your role in achieving those goals.

Too many people see themselves as being independent of the business and frame their case for a pay rise in terms of their work, not how they’re contributing to the business’s future.

So before you march in asking for more money, talk to your manager and the people around you to find out what they need. What are they working towards and how can you help them deliver their targets?

They don’t do a proper self-appraisal

The worst time to ask for a pay rise is when you’ve been underperforming, and yet so many employees wait until they’re upset about their pay cheque to pose the question, without regard for whether they’ve been exceeding expectations or not.

So regardless of how underpaid you feel right now, cool your heels and do a self-appraisal to see if you’ve been doing everything that’s asked of you, and a bit more.

If you haven’t been hitting targets, hold off while you work harder over the next four weeks to get yourself into a stronger negotiating position. This will also help you get a clearer picture of your strengths and contributions.

Pay negotiations can be uncomfortable, especially if there is no formal structure in place to guide the timing and process of performance reviews.

In this an unfamiliar environment, a lot of people go into their shells and aren’t as confident in their pitch as they were when practicing in the mirror. So much so, that they end up referring to negative aspects of their performance and using self-defeating language when making their case.

Try to overcome this tendency by reminding yourself that you do deserve a pay rise, your contribution is important and always referring to your projects and achievements in positive terms.

Also check with recruitment agencies on what your position earns elsewhere so you know you’re being fair.

They don’t leave themselves room to move

Negotiations involve each party giving some ground on their initial position to try to come to an agreement. Despite this fundamental principle, so many employees start with what they actually want, leaving themselves no room to move when negotiations begin.

By starting with a higher target than you would be happy with, you’re likely to end up with a better outcome.

It’s also important to look at alternatives to money, in case that’s not on the table. So spend some time working out what is valuable to you. Would you be happy with a phone, extra super contributions or flexible working hours in lieu of a bigger wage?

Remember, having alternatives and room to move from your original offer and still get what you want is an extremely valuable bargaining chip in negotiations.

They don’t formalise the process

The single biggest mistake people make in salary negotiations is treating them too casually. This is your livelihood we’re talking about, so you and your manager need to take it seriously.

This means providing warning by booking in a formal meeting, preparing yourself with a clear case for a pay rise, and following up. The last piece of the puzzle is where a lot of people fall down, so make sure you set out next steps at the end of the meeting.

Get a clear agreement on when you will follow up, anything you need to do to secure the raise and – ideally – when it will take effect.

David Koch is the chairman of Pinstripe Media, which owns Startup Daily. This post first appeared on LinkedIn.

David Koch is the founder of Pinstripe Media. He is a presenter on Sunrise on Channel 7 and behind Australia's most successful business show, Kochie's Business Builders. He is also Chairman for Port Adelaide Football Club and Board Member of the Sydney Kings NBL team.