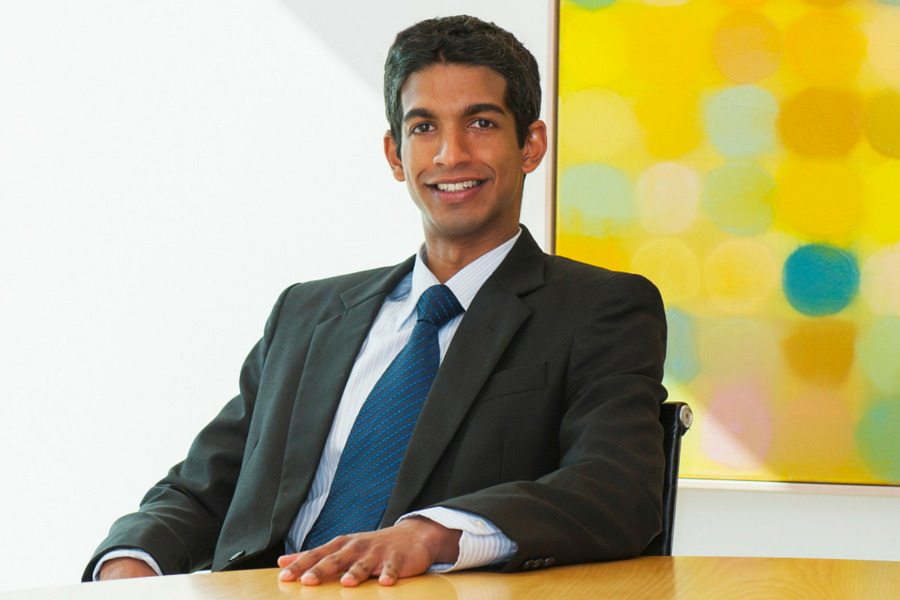 In the words of Benjamin Franklin, a small leak will sink a big ship. While he was talking about spending, the same goes for how we save. The 20c change from the $4 we hand over for a coffee every morning can add up to something big over time but, wanting to get rid of heavy coins from our wallets, most of us routinely waste our change.

Sydney startup FirstStep, founded by Vanaja Sriskandarajah, Shiraj de Silva, and Tarang Patel, wants to make these coins the basis of the millennial’s first investment portfolio. Like US startup Acorns, which announced its Australian expansion earlier this year, FirstStep is a mobile app that links to a user’s bank account to collect virtual loose change from each transaction. For example, if a user spends $3.50 on coffee, FirstStep rounds up to the nearest dollar to take the 50c change and invest it.

De Silva said the idea for the startup came from the team’s passion for FinTech and watching other startups change the scope of the financial market.

“Increasingly, companies like Betterment and Robinhood have demonstrated the disruptive potential of financial technology and a mobile-first approach to investing. We wanted to do something as significant in Australia, where traditional banks and wealth management firms tend to dominate financial services,” he said.

“In essence, we wanted to open up investing to everyone. As millennials ourselves, our goal was to create a product that resonates with young people in particular; one that puts the user in control, utilises technology and is available universally.”

Having witnessed the global financial crisis, and facing bleak job prospects, millennials are understandably wary about investing and money in general. In fact, a study published by UBS last year found that millennials are the “most fiscally conservative generation since the Great Depression.” Acknowledging this, FirstStep aims to make investing as easy as possible.

After a user signs up and links their nominated bank account through which FirstStep can draw funds, they will be asked to select a risk profile, with the investment portfolios comprised of exchange traded funds (ETFs). They can also choose to set up recurring withdrawals to grow their portfolio faster.

“Their loose change and voluntary contributions will be spread across three to four pre-selected, low-cost, broad-based ETFs. In this way, we let people overcome the usual barriers to getting started with that very first investment by having no minimums and pre-selected diversified portfolio options,” de Silva said.

“One key lesson in investing is diversification; that is, not putting all your eggs into one basket. ETFs are designed to track an entire index, like the ASX200 or the S&P500 and so provide diversification that way.”

With Acorns providing an almost identical service, the race to launch is on. Though de Silva said he hopes local users will come to FirstStep rather than Acorns because it’s run by Australians for Australians, the fact is that Acorns has big names and big money behind it. Acorns will give users access investment portfolios created in consultation with Nobel Laureate economist Dr. Harry Markowitz, the father of modern portfolio theory. Acorns has also raised $32 million in funding to date, with the most recent capital injection a $23 million Series C round in April.

For those who read the fine print carefully, fees may play a role in choosing between the two. FirstStep will charge users a 1 percent / year fee for accounts under $2000, and 0.25 percent / year for accounts over $2000. Acorns, on the other hand, will be charging users an annual flat fee of $15 for accounts holding $5000 or less, and a fee of 0.275 percent per year for accounts over $5000. As FirstStep estimates that the average Australian uses their bank card 25 times a month, with an average loose change amount of $12.50 a month, or $150 a year, the Australian startup is the cheaper option.

FirstStep’s development has been mostly self-funded; it was one of two FinTech startups accepted into the winter intake of Incubate, the University of Sydney’s accelerator program, through which it received a $5000 grant. It is currently looking for investment.

De Silva hopes to launch the app by early 2016. It is now in beta, with the FirstStep team waiting to clear regulatory red tape. They have lofty goals, aiming for 50,000 customers by the end of their first year in the market.

Previous article Melbourne startup Spacelli is the latest to enter the growing self-storage market
Next article After being screwed over by developers and losing $500,000, Where4Events is on track to becoming Australia’s largest event aggregator
Via Advice
Tags Acornsfeaturedfinancefintechfirststepinvestingshiraj de silvastartupsSydney