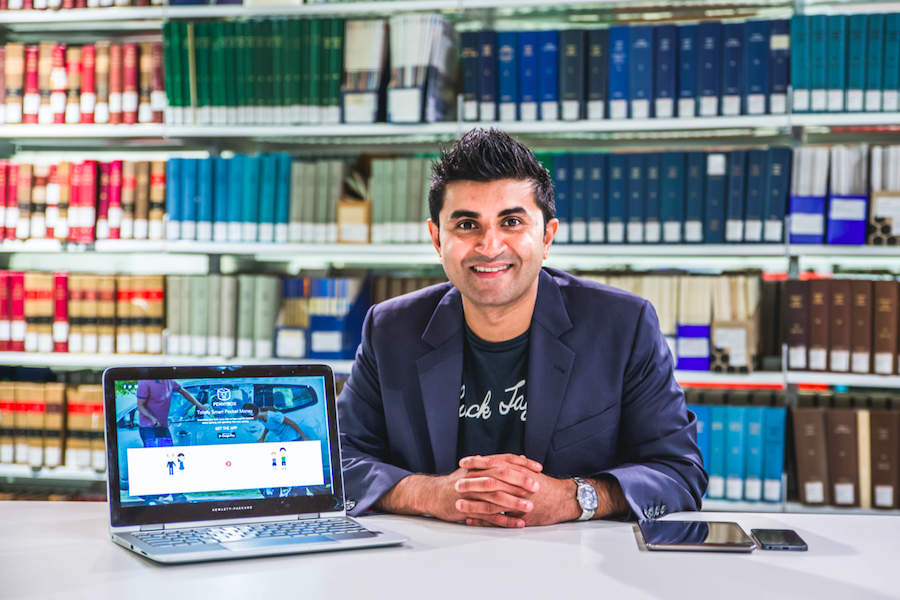 For decades Australian schoolchildren have been learning the basics of banking and saving through the Commonwealth Bank’s Dollarmites program. Hosting almost 275,000 Dollarmite accounts in 2014, the program is extremely lucrative for CommBank, with many children becoming customers when they graduate to a proper bank account. But, like most other aspects of the financial services industry, the humble Dollarmite is now being taken over by tech tools that look to teach kids financial literacy in the classroom.

Pennybox, launched by cofounders Reji Eapen and Adam Naor this month, is one such tool. The system aims to teach kids aged between six and 16 the value of money and the benefits of saving by allowing them to collect and save their pocket money through an app. The idea for the app came when Naor, who previously worked in the edutech space, and Eapen, formerly of UBS Investment Bank, met and decided to meld their expertise across finance and education.

“There were a few triggers for us both. Adam grew up in a family where money was taught through practical experience and he learned quickly that not many of his friends had a similar experience. Talking to some of his friends who have kids now, there was a clear gap in money education both at home and at schools,” Eapen said.

Eapen found that this gap in education often does not close as children get older, but in fact continues to hurt them.

“My first realisation that money is not a well taught topic was when my sister was going through a divorce. His sister is a highly qualified medical professional, but during the divorce it became very apparent that she had very little knowledge about basic or intermediate money related concepts, which came back to hurt her,” he said.

Of course, Eapen’s sister isn’t a one-off incident – a survey conducted by Ernst & Young last year found that more than 30 percent of people think dealing with money is “stressful and overwhelming” while 16 percent said that they had trouble understanding financial matters.

Pennybox aims to improve financial literacy by having kids interact with their parents on a daily basis about money. The app has parents list chores on the app and attach dollar values to them, with kids then completing the tasks and collecting the money into their Pennybox account. Like any bank account, kids can then track how much they have saved, how much they have spent, and how much more they can earn. Kids can also request a cash out, which parents can accept or decline.

Naor and Eapen are currently working on a structured educational syllabus that aims to evolve with the kids and their grasp of money-related topics to integrate into the platform, with discussion points and questions also given to parents to help them have constructive conversations with their kids about what they are learning and how their earning and saving is progressing.

“While kids learn about maths and science at school, and parents teach teamwork and dedication through activities like weekend sports, real life practical lessons about how to earn and spend money responsibly are largely ignored. With technology, the concept of money has evolved dramatically over the last decade or so, and the idea is to ensure that kids understand from an early age how money works and why it’s so important to have good money management skills,” said Eapen.

As it currently stands, no money is actually exchanged through the app, which does not require linking to any bank accounts. By using it parents are simply promising to pay, with the main purpose the attachment of dollar values to different activities to teach kids the value of work and money. However, the startup plans to add a bank account linking function in the future.

Pennybox is launching into what is becoming a hot space, with its competitors boasting arguably a more sophisticated range of features. New Zealand startup Banqer, launched last year, aims to turn kids into financially literate adults by creating a virtual currency for the classroom. Students are given their own bank accounts, with funds given to them by teachers for completed tasks and good deeds around the classroom and funds taken when they need a new exercise book or other equipment, for example. The system also has students pay tax and gives them the ability to take out loans.

Australian startup Piggy looks to teach kids about money by giving them a pre-paid debit card that is linked to a custom mobile banking app that they use together with parents. The system allows for real-time transactions, instant top-ups, and gives parents and kids the ability to set savings goals, and lock cards on demand.

While Banqer charges schools a fee per student using the app and Piggy charges parents a direct fee, Pennybox aims to stay completely free for parents and promises no advertising, which pushes perhaps the easiest avenues for monetisation out of the picture. Eapen said he and Naor are looking at possible partnerships and investment opportunities.