FinTech startup Afterpay allows online consumers to try before they buy their items. Will PayPal catch on? 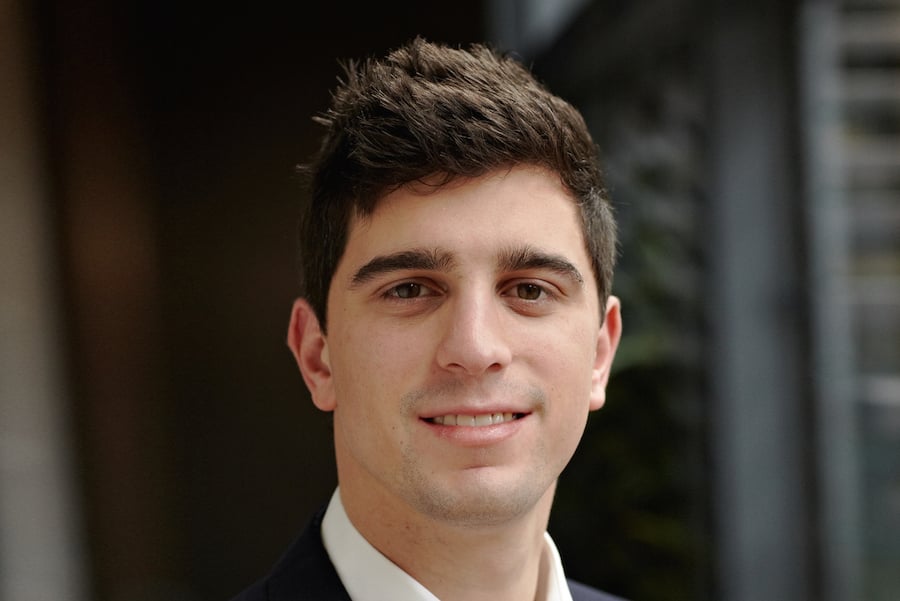 Ever purchased an item online that didn’t look as pretty in real life as it did on screen? Or perhaps a shirt that you could barely squeeze an arm into because of the label’s smaller sizing? While online shopping can certainly be convenient, it very quickly becomes inconvenient when purchased items don’t meet our expectations and need to be returned. After all, the biggest problem with online shopping is that consumers are unable to physically see and touch products prior to purchasing them. Many, if not most, purchases are based on hunches.

If ecommerce stores switch over from PayPal to Afterpay, consumers may never have to experience such a problem again. The Sydney-based FinTech startup allows online consumers to pay for their purchase after they’ve received it and decided to keep it.

One of the founders behind Afterpay is Nick Molnar, who made his entry into the world of ecommerce at the age of 14. At the time, he was selling jewellery on eBay; and as the business grew, he roped in his parents and younger brother Simon as employees to do the ‘picking and packing’. He later pursued a Bachelor’s Degree in Commerce at the University of Sydney; and upon graduation, was employed by Venture Capitalist Mark Carnegie. Cognisant of Molnar’s previous success as an eBay salesman, Carnegie encouraged Molnar to pursue his calling as an entrepreneur.

By the age of 24, Molnar was able to seal a contract with one of North America’s largest online jewellery retailers, Ice.com, and launched Ice Australia. Two years later, Ice Australia is growing steadily, selling items from local and international jewellery labels.

It might seem surprising that someone like Molnar would be creating a payments system that appears to only benefit consumers. But Molnar and his co-founder and ex-Chief Investment Officer of the Guinness Peat Group, Anthony Eisen, would probably disagree with that. Afterpay claims to be a ‘win win system’ for both the retailer and the consumer. For the retailer, Afterpay takes on all risks such as fraud; whereas for the consumer, credit card details are not provided to online sites, and of course, if the purchase is not right, the consumer’s money will not leave their account.

Perhaps, the less obvious benefit for retailers is that Afterpay systemises the returns process and practically eliminates refunds, which also means the retailer’s complaints department will have less enquiries to deal with. It’s worth noting, however, that the return and lost parcel process flow remains between the merchant, consumer and shipping provider. Afterpay is purely a payments service.

According to Molnar, the idea for Afterpay was inspired by what he claims to be an “obvious gap in the market for the ability for an online customer to try the goods before they have to pay, coupled with being able to spread their payments over a short period of time”.

There are only a few online retailers who have experimented with the ‘try before you buy’ approach, one example being Zappos. The company made headlines five years ago when it launched its risk-free programme for VIP members, and the strategy proved to be effective in securing brand loyalty. If Afterpay experiences widespread adoption, the ‘try before you buy’ approach may become the new ecommerce norm.

Molnar believes Afterpay’s key selling proposition is the ability to do this (try before you buy) without needing to fill out a long-winded form. The customer provides the same amount of information required when making a typical online purchase – i.e. name, credit card details and delivery address.

According to Molnar, online retailers have accepted two alarming statistics: the first is that only 12 out of 100 customers will add an item to their shopping carts; and secondly, out of the 12, only three will follow through with a purchase. Molnar believes Afterpay can help boost these numbers.

“Imagine in a retail store if only three out of every 100 customers who entered the store actually made a purchase and if 75 percent of all customers waiting in the checkout line with their credit cards out decided to put their items back on the rack and leave. Afterpay does not accept that this should be the norm, and has set out to change how we think about online payments,” says Molnar.

At the moment, Afterpay’s monetisation strategy is to take a clip of the ticket, in similar fashion to other payments platforms like PayPal.

Afterpay is currently being used by Molnar’s other business Ice Australia and award-winning gift delivery service Edible Blooms, among other retailers. Molnar says Afterpay orders on Iceonline.com.au have attracted a 30 percent higher basket size than purchases using other payment gateways.

The overall reception to Afterpay has been positive, according to Molnar. This is helped by the fact that there aren’t many, if any, competitors in the Australian market offering the ‘payment after delivery’ option, though Molnar acknowledges that this approach has been successful in the US and Europe.

Afterpay will remain focused on Australia and New Zealand for the time being, though expansion into other markets is certainly on the horizon. Molnar seems unfazed by the possibility that major players like PayPal will implement the ‘try before you buy’ approach and make the startup redundant.

“Buy now and pay tomorrow payment options are the future and I welcome other companies to adopt the same principals – the customer deserves a more customer centric purchase process,” says Molnar.

However, if Afterpay is able to gain a substantial user base on both sides of the spectrum – merchant and consumer – it may present an acquisition opportunity for PayPal or Apple, both of whom are competing for dominance in the payments space. But that’s looking far into the future.

Afterpay is still in its infancy, with a team of over 10 staff working across the technology and operations sectors. For the startup, the next 12 months is all about improving the online purchase process and overall customer experience.