Find your niche: how to reach the right customers in China 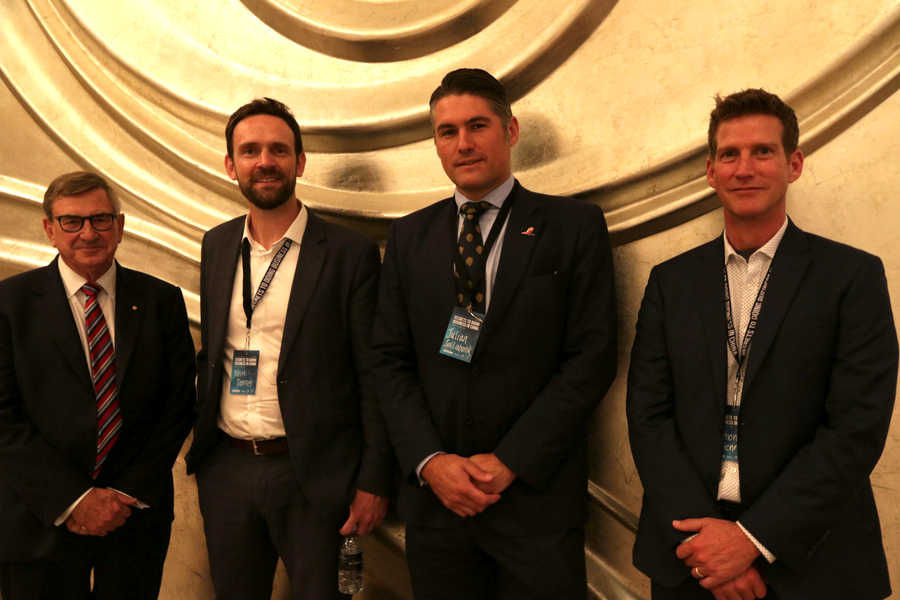 One of the keys to starting and growing any business is to know your target market, what they need, and how to reach them. This is hard enough when you’re focusing, if your product has mainstream appeal, on a market of 24 million across Australia – let alone a market of one billion scattered across hundreds of cities in China.

Running the audience through the steps to knowing and understanding the Chinese consumer at the recent Secrets to Doing Business in China conference in Shanghai were John Lord, chairman of Huawei Australia; Mark Tanner, founder and managing director of China Skinny; founder of UWAI, Simon Henry; and Julian Sallabank, group CEO of The Clarius Group.

Localisation, said Mark, is everything, but too many businesses ignore this and come with a set “China strategy” that fails to make distinctions about the different parts of the market – and there are many, as Mark highlighted.

“Anyone who has travelled around China has noticed that the food is quite different between the different regions, and the weather is different too, so if you’re selling skincare, you would probably have a different formulation for the humid, tier 1 cities in the south versus Beijing, another tier 1 city, where it’s very dry, it’s very hot, and it can be very cold, and up until very recently very polluted,” he said.

“But that’s just the surface level: 25 percent of the population is overweight or obese in Beijing, versus around 12.7 percent nationally. On an emotional level too, Beijing is so different from Shanghai: you’ve got much more nationalistic people up north who are much more likely to buy a Chinese car, and the men are very well known to be macho.

“Then you come down to Shanghai and all the men are carrying their handbags. They’re very metrosexual here; they do the dishes, and they do the cooking. The types of messages that really resonate here are very creative, very international, and much more aspirational than than Beijing, which is about family bonding.”

Those are just a few of the differences between Beijing and Shanghai, Mark noted – then add to that the complexities of different tiers of cities in different regions and you have a whole host of other differences, before getting into factors like age groups and interests.

With that in mind, Mark added that while the likes of WeChat, Alibaba, and JD are big names, they are also hugely congested and full of competition: there are eight billion products from 10 million vendors on these platforms, so it’s hard to get noticed.

Instead, Australian businesses should do their research to find the platforms catering to their niche that, while smaller, can still be hugely lucrative.

Simon believes that looking outside the mainstream can also be applied to a discussion of what the “China market” can actually be – UWAI, for example, likes to look at the “Chinese market”, targeting the 60 million or so Chinese tourists travelling around the globe each year, as well as the Chinese diaspora living in other countries.

“A lot of the smart marketers these days are focusing on the demographic, not the nationality. By focusing on the aged care, or the young, sports-orientated, or the elderly walking tours, you can go across borders and across culture, because people essentially look for the same things no matter where they’re travelling,” he said.

Simon has seen this first-hand through the work of his app, UWAI, which looks to help Chinese consumers access information and guides to local businesses as they travel.

The platform launched in South Australia last year and now has 2,700 businesses on board across the state. Of those, Simon said, 14 percent of those restaurants, yet more than 60 percent of profile views are for food and beverage.

“Previously people thought tourism was about hotels and flights and package tours and the like, but we’ve proven, categorically, that the first thing people do when they get to South Australia is look for a place to eat, so it’s back to basics,” Simon explained.

The market opportunity is significant, and Simon believes Australian businesses are not capitalising.

“Of the $10.2 billion spent by Chinese tourists in Australia last year, $5.5 billion was spent in market, yet very few people look after the Chinese consumer once they’re actually in market,” he said.

“All the sell and competition is in mainland China and Taiwan, where the consumer will get the flight and hotel, but once they’re on the ground, if they don’t speak a high degree of English or they don’t have a high competence level of speaking English, Australia is not a very welcoming country [for consumers].”

Whether looking to target the a market in China or Chinese consumers in Australia, Julian noted that it’s important to recognise the pace of disruption in China – and do what you can to keep up with it.

John Lord, Mark Tanner, Simon Henry, and Julian Sallabank were speakers at the Secrets to Doing Business in China conference, produced by Pinstripe Media. You can find out more about the conference here and listen to all the panels and keynotes here.

Do your homework and stay nimble: the keys to setting up in China

Austrade Trade Commissioner in Shanghai, Susan Corbisiero on the opportunities for Aussie fintechs in China