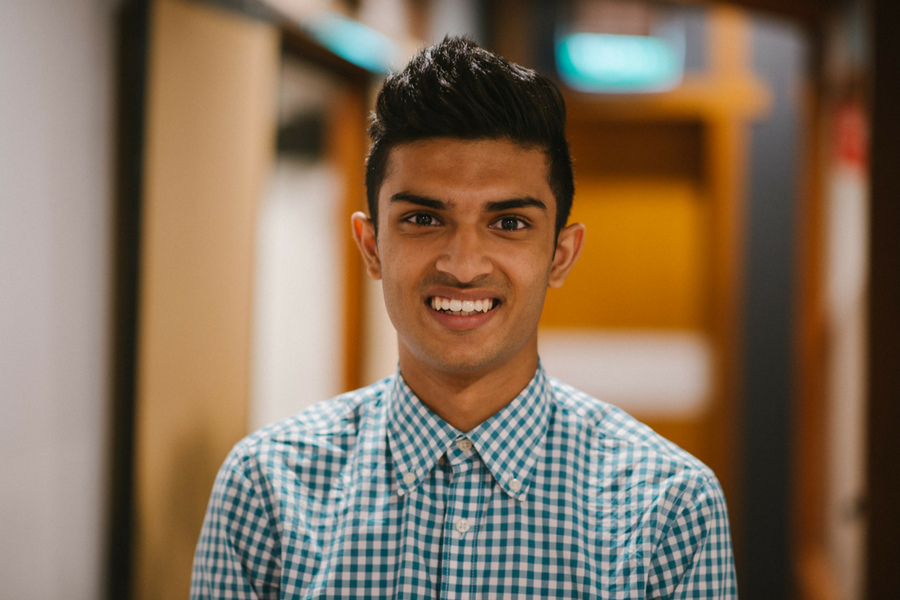 While other 11 year old boys were firing up the latest ‘Call of Duty’ game, Queenslander Taj Pabari was imagining something that would years later mould into a globally-scaling business.

For those who haven’t heard the name before, Taj Pabari is the founder of FiftySix Creations, a social enterprise startup focused on educating and encouraging the young innovators of the future through hands-on workshops and a built-it-yourself tablet kit.

Today, FiftySix Creations reaches more than 40,000 kids in both urban and regional locations across Australia, with the business also offering its educational workshops to disadvantaged communities both domestically and internationally.

Pabari was set to speak about FiftySix and the importance of creativity for kids today at the inaugural Myriad festival in Brisbane, however nature unfortunately interfered, washing out the first afternoon.

Catching up with him ahead of the event, Pabari had said he was excited to speak about the importance of developing young entrepreneurs to the crowd, and took the time to discuss his personal journey toward founding FiftySix.

“I was not a good kid, which is probably the best way of putting it,” Pabari laughed.

“I wasn’t hugely academically focused or really keen on sports either. So I looked into what things that I liked doing and I found that I enjoyed changing things.”

Pabari’s shift ‘From Suspended Schoolboy to Teenage Entrepreneur’ – the title of a TedX talk he gave last year – and the switch from pranks to product is an interesting one.

It all kicked off when the young entrepreneur decided he wanted to enter the Startup Weekend competition held on the Gold Coast at 11.

“It was five in the afternoon, straight after school. One day I just told my parents, hey can I go to the Gold Coast for this thing called Startup Weekend,” said Pabari.

Pitching at the event, Pabari said he originally imagined selling built-it tablet kits at only $50 each.

“I knew nothing about it really, just that I wanted to do it. I didn’t win the Startup Weekend but I did end up raising. I also learnt a lot about manufacturing, startup a business, pitching and developing an idea,” Pabari said.

Pabari continued to develop his idea throughout his schooling before officially founding the business and the ImaginTech tablet kit in 2014, an experience which he described as “irritating” despite the fact that he “loved” it.

The young founder said he would often meet with his team in the early hours of the morning to discuss the business and make operational plans for the day, then head to school for an 8am start.

Pabari said jokingly, “Going through school ended up being more like going through business with school on the side, rather than the other way around.

“It taught me how to deal with people across a variety of different backgrounds and others that I maybe didn’t want to be around. It was actually some of the customers my business was targeting that were really teaching me, and I think that was really powerful in understand what I was doing.”

Following years of development, FiftySix’s ImaginTech entered the market as a Lego-style building kit for tablets.
There are two varieties of tablet-building kits available: the ‘One Kit’ is priced at $200, while the advanced ‘Classic’ kit comes at $300 with higher specifications.

Both packages come with front and rear facing cameras, speakers, GPS, Wi-Fi and Bluetooth in addition to all the expected tablet-esque hardware pieces.

For every tablet the business sells, Pabari said FiftySix will donate one tablet to a disadvantaged community, in an effort to promote creativity across all scopes of society.

When providing tablets isn’t “applicable” to a certain area, Pabari said the startup will instead conduct one of FixftySix’s workshops to help teach kids about “productivity, about building something, about business, and about social enterprise”.

“We travel to regional communities, both domestically and internationally, so places like Nepal, and often reach out to a lot of Indigenous communities to provide them with opportunities too,” Pabari added.

“It’s meant to be something to show them, you know what, I can build something too, and get them excited about entrepreneurship.”

Since its inception, the business has conducted a number of global workshops, having partnered with big Australian tech names like MYOB to travel to rural communities in countries such as China.

For those out of reach, the startup also has a “collaboration of ideas” space on its online platform, a space where kids can share their ideas with each other, collaborate, and eventually work towards commercialising them.

Now graduated from high school, Pabari said he’s been hopping back-and-forth between Brisbane and New York as he looks to properly expand his business into international markets.

“We’re always going to be an Australian-based company, but hey, we are a social enterprise and we could be reaching a global market and supporting kids everywhere.”