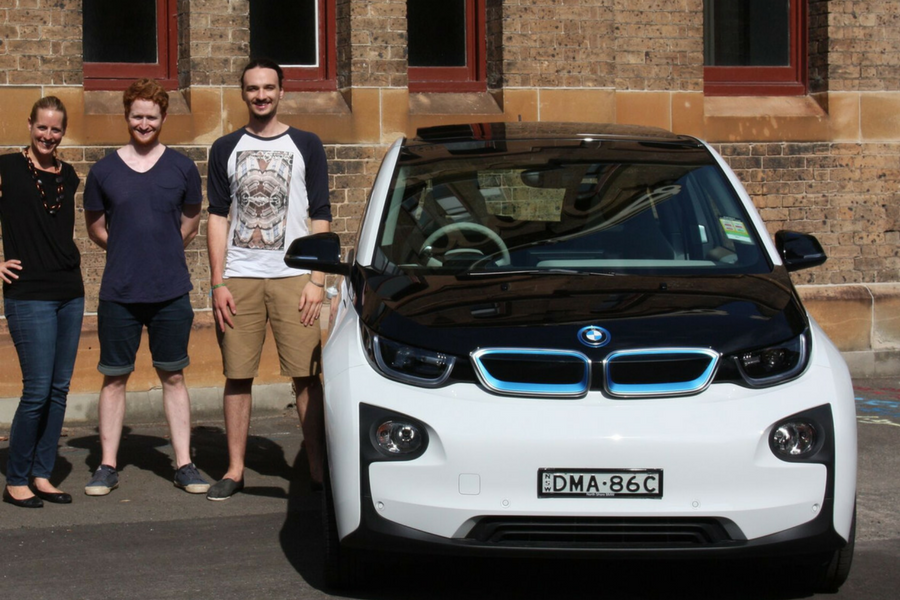 While the majority of Back to the Future 2’s flying car and hoverboard vision of our current day is yet to be fulfilled, technology has undoubtedly made some huge strides. Electric cars, for one, have become a household name, as they slowly work their way towards becoming the everyman’s car.

Globally, the electric car industry is expecting significant growth, particularly within Europe and the US, where sales are predicted to double in 2018; France last month announced it will ban the sale of petrol and diesel cars by 2040.

Australia, however, seems to be less enthusiastic about the technology, with only 0.1 percent of all car sales last year attributed to electric or grid vehicles.

While this stat appears rough on the surface, Everty cofounder Carola Jonas simply sees it as an opportunity for massive growth potential.

“We will see a variety of lower cost vehicles coming to Australia in the next two years. This will give consumers more choice and should accelerate the uptake of electric vehicles as well as the need to charge them. Along with the new cars, we will see more investment into public charging infrastructure,” she believes.

By signing up to the Everty platform, electric car owners are able to offer up their home charging stations to others, providing them a space to park during the day and juicing their ride up for the trip home.

In exchange, charge station owners are able to earn cash, with payments made over the platform through financial provider Stripe.

Explaining Everty’s model, Jonas described it as “Airbnb for your driveway or garage”, where users are able to set their own rates when posting a location on the platform.

“We expect that inner city spots or the beach suburbs will attract higher rates due to limited parking availability in those areas,” said Jonas.

These owners charge at an hourly rate, and can either offer up their charging device tailored for powering electric cars or an average power outlet, which charges at a slower rate.

Once signed up to the platform, users are able to view a map interface which overlays all the available charging locations, which details the charger type, the port type and the hourly fee. When a booking is made, Everty will take a small cut of the transaction.

Banding together at a hackathon event called Sydney Climathon 2016, where teams were tasked to develop solutions to increase the uptake of electric vehicles in Australia, Matt Hale, Tim Randall and Jonas conceived the idea for Everty, winning the event and moving onto to develop the product.

Traditionally, an electric or hybrid car owner looking to charge their vehicle must travel to public hotspots around Australia, some of which are government-installed or provided by an electric car company such as Tesla.

There are, however, only a small number of these scattered throughout Australia, with many regional areas complete dead areas without a charging station in sight.

Beside these, most other charging outlets are simply average power outlets, like the kind found in the basement carpark of a shopping centre.

Jonas, however, said Australia has been pushing forward to develop fast charging stations, as part of a movement towards reducing pollution levels that the startup wants to be a part of.

“[Electric cars] are quiet, they emit less harmful air pollution and when powered with renewable energy they will reduce our CO2 emissions. That is why we have decided that we will purchase GreenPower or LGCs for all electricity in our system that currently does not come from renewable sources.”

Discussing what it will take for Australia to match the electric car boom, which has happened in nations across the globe, Jonas said it will come down to a number of actions, one of the first being government support.

“Australia needs better government incentives for electric vehicles and stronger vehicle emissions standards to bring us in line with the European and US markets. If policy sends the right signals, car manufacturers will follow,” she explained.

“We also need to improve integration with other infrastructure generally. For example, any building that we build today should accommodate the needs of electric vehicles in their parking infrastructure. Given that we build buildings to last for a very long time, they will all have to be able to charge EVs at some stage.”

Speaking to the issue of long distance travel, Jonas said there will need to be a number of fast charging stations installed among regional communities, empowering electric car owners to travel anywhere.

Everty, she said, will act as part of this solution, as electric cars continue to roll out across the country.

Having only been in the market for a short span of time, the cofounder said the next step for the startup will be to grow out its network and look to offer “additional services” for electric car owners.