Have you ever wondered why so many startup offices have ping pong tables? 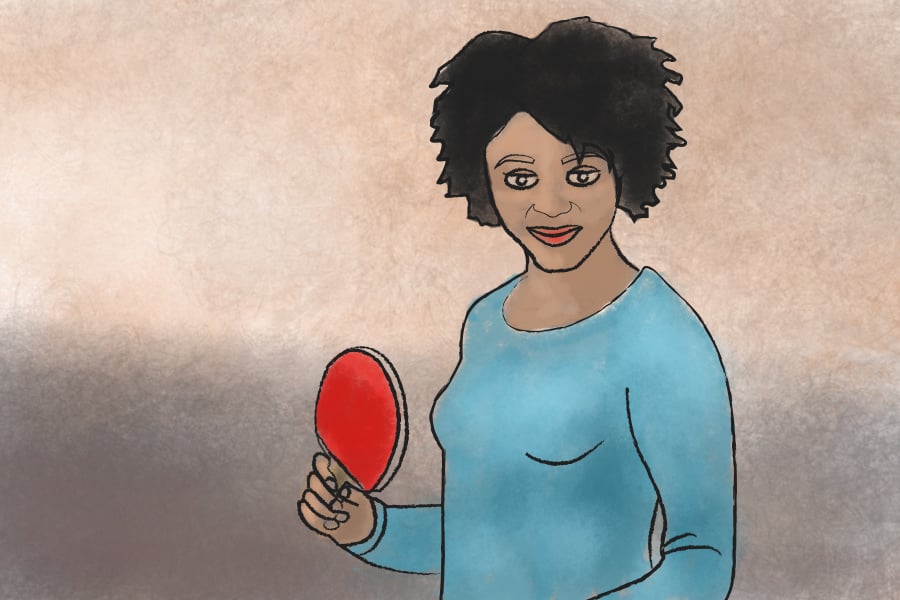 There aren’t many startup office spaces that do not have some sort of break-out area for employees to utilise. And one of the main features of pretty much most startup break-out spaces you enter is a ping pong or table tennis setup – pending on the size of the space, maybe even two.

Ping pong has become somewhat synonymous with global startup ‘culture’ today. In fact, entire movements have been launched because of the deep connection between the startup world and our love of ping pong – organisations and meet up groups like Startup Ping Pong and the San Francisco Ping Pong League hold regular tournaments across the Silicon Valley tech ecosystem; and Austin based SXSW holds an annual tournament as part of the Startup Village arm of its Interactive Conference each year. All capital cities in Australia have also held informal get-togethers around ping pong tables over beer and pizza in various co-working spaces. River City Labs took this one step further last year hosting the very first Brisbane Startup Ping Pong Battle.

Campaign Monitor, one of Australia’s most successful technology companies, take its office ping pong so seriously that engineers James Dennes and Dave Martin from the startup created PingPongNinja, a globally available application that allows offices to keep track of ping pong games as well as the rankings of players. 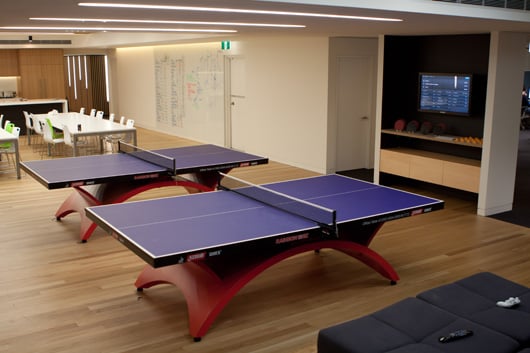 Tech startups are known for reinventing the ‘office space’; mobile working stations, massage chairs, gaming corners, whiteboard walls, internal cafeterias and of course ping pong tables have all contributed to the idea that startups have a unique, fun and relaxed culture. I agree that all of these features are fun and challenge the status quo, but the perception that these bells and whistles give to people both inside and outside startup companies is actually kind of a farce.

The fact is, you can’t paint a mural on an office wall and call it ‘culture’ – it just creates a perception of ‘culture’. True culture is about the people within an organisation and the way they interact with each other, and that is the reason that ping pong plays such an important role in the offices of some of world’s most successful startups.

It was in the 1990s that ping pong started to become a tech office staple. But originally, according to various academics, it was not just about having a ‘fun perk’ employees could use in the space. It may be fun and used as recruitment tool for startups nowadays but the real (and original) reason behind why technology companies and ping pong make the perfect couple is because ping pong is actually one of the very few ‘active’ activities that anyone no matter if they are 16 or 60 can participate in that promotes strategic thinking.

Wendy Suzuki, Ph.D Professor of Neuroscience and Psychology at New York University has studied the way playing ping pong affects the brain and has actually labelled table tennis as being a “brain sport”. This sentiment is backed by many other scientists like Doctor Daniel Amen from the American Board of Psychiatry and Neurology, as well as legendary New York Times puzzle creator Will Shortz who has publicly labelled ping pong as being the “Number 1 Brain Sport” – likening the strategy needed to win the game as being similar to “playing chess on steroids”.

According to Professor Suzuki, when we play ping pong we experience enhanced motor functions, enhanced long term memory functions and enhanced strategy functions. The professor also believes that these functions enhance with each match a person plays. What is most interesting about this from a startup perspective is that most technology companies are solving problems that have either never been solved before, or are trying to create a platform from scratch that can make life easier within a particular industry. What ping pong does is help stimulate the brain power needed to complete such overwhelming tasks.

When you play ping pong, Professor Suzuki says that you are engaging your prefrontal cortex – the part of the brain responsible for strategic planning and thinking. The combination of that and aerobic activity causes another part of the brain called the hippocampus (which allows humans to form and remember long term facts and events) to be stimulated resulting in (specifically for startup employees and founders) ideas and strategies to begin forming that will help solve problems they may be struggling with.

In addition to what ping pong does for the brain, it also serves as a social tool for startups, allowing team members to get to know and connect with one another better – it’s that aspect that makes it a tool in fostering ‘startup culture’.

Innovative technology companies understand that when employees spend large and intense amounts of time concentrating on the one task, they lose the mental ability to successfully connect memory, stored data and new information together. This is why 15 to 20 minute ping pong breaks are highly encouraged and become part of the office culture at these companies. It serves the purpose of stimulating the brain so more work can be carried out around solving the issue at hand.

Basically ping pong is – at least in startup ecosystems –  a productivity tool, as opposed to a mindless ‘break’ away from daily activities in the office. That is why technology companies in the 1990s loved them so much, and that is why ping pong is so heavily embedded within startup ‘culture’ today.

Previous article Getting PR for your startup requires hustle: Here’s what you need to know
Next article Fishburners’ selective application process has allowed it to become one of Sydney’s premium startup hubs
Via Advice
Tags AustraliaPing PongSilicon Valleystartupstechthought leadership