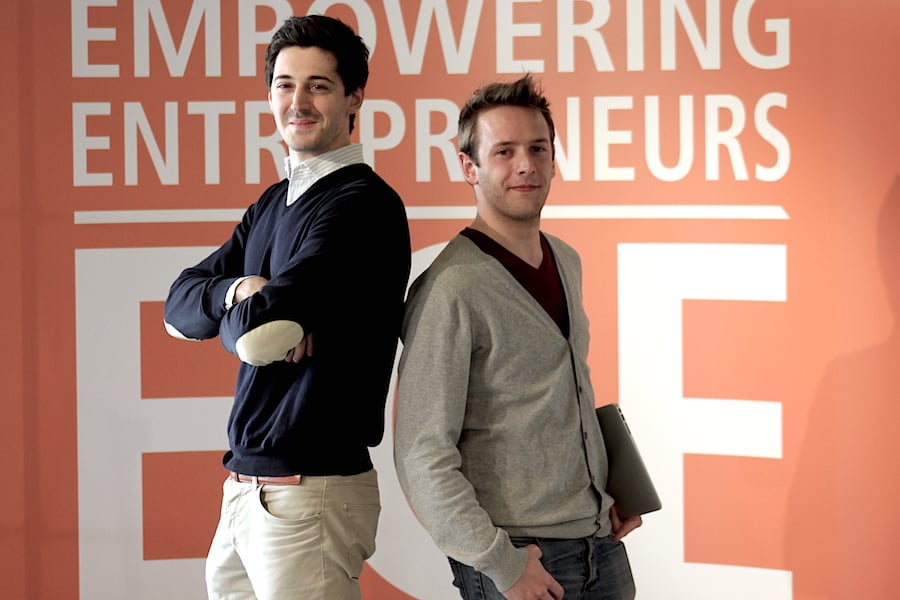 Businesses need to be valued in various circumstances like when they’re being acquired, merging with another company or obtaining a public listing. The process of valuing a company and its business units can also help founders identify sources of economic value creation and destruction with the company. But how can entrepreneurs tell if they’re ahead of the game or falling behind? Most don’t understand the mechanisms of company valuation, nor do they keep up with their company’s value over time. This is understandable given the process of company valuation has traditionally been expensive and time-consuming, and performed manually by financial experts. But Daniel Faloppa and Gianluca Valentini, based out of The Netherlands, realised that, with the help of technology, there could be a better way to do valuations.

With Equidam, founders can see their entire financial report boiled-down to one index: business valuation. Equidam’s humble beginnings date back to July 2012, when founders Faloppa and Valentini were studying M.Sc in Finance and Investments at the Rotterdam School of Management. At the time, Faloppa and Valentini were also delivering consulting services for entrepreneurs and startups on the side. They noticed two things: first, there was increasing demand for private company valuations, which coincided with the rise of equity crowdfunding in Europe. And secondly, the company valuation process was not yet standardised, even though financial professionals were employing the same methods.

Many early-stage startups looking to raise funds cannot afford full consultancy, but still need to provide documents supporting their valuation and subsequently the share price. Also, founders tend to overvalue their companies when pitching to investors, as evidenced by nearly every episode of Shark Tank USA. This is where Equidam comes in. Its technology-powered DIY service allows entrepreneurs to understand, monitor and grow company value.

This is how it works: after you subscribe to Equidam, you need to fill out an online form, and Equidam’s technology couples this with data (mostly financial data) drawn from various sources. Through five different valuation methods – from Discounted Cash Flow analyses to Balanced Scorecard reports – the technology comes up with an average company valuation and presents the information both online and in the form of a 16-page PDF report.

The great thing about Equidam is that founders can monitor their company’s value in real-time, as opposed to a one-off, sporadic calculation. Valuations can be tracked on a daily basis and benchmarked against industry competitors, thanks to Equidam’s proprietary business intelligence system.

Equidam’s technology allows CEOs, CFOs as well as investors and board members to give a rational estimate for every important decision process. The startup stated in a blog, “Owning insights into a company’s marketability enables managers to plan and optimise timings for M&A deals, private financings, or even exits with newfound conviction.”

Co-Founder Faloppa told Startup Daily that Equidam’s initial target market was equity crowdfunding platforms. Although equity crowdfunding is, in some ways, similar to going to angel investors and venture capital firms, there is one main structural difference. Angels and VCs invest directly in the company and thus become shareholders, whereas a fundraising platform aligns demand and supply of capital, making valuation absolutely critical before equity can be distributed.

Equidam currently serves 14 equity crowdfunding platforms across Europe and North America, but now also has more than 3,000 registered advisors, entrepreneurs, accountants and corporate clients. Over 50 percent of the companies using the technology are from The Netherlands, 12 percent are from the United States, and the rest are scattered globally. Equidam’s research found that the average value of a US-based business that uses Equidam’s technology is $9.4 million.

Faloppa also said that Equidam is horizontal across industries. “If you see our users are coming from industries as diverse as Pharmaceutical Marijuana to Banking or even movies, the largest percentage, about 10 percent, comes from the internet sector, so internet businesses and the like.”

In the process of expanding horizontally, Equidam has been able to recognise its full potential, particularly when it comes to data collection. The expansion has allowed Equidam to collect data on early-stage companies, which Faloppa said is “superior in quality to standard (often governmental) surveys and researches”.

“We are starting to see now how this data, always used in aggregate, can really benefit our final user and many different players in the market. Think of a government trying to test which stimulus program is more effective, think of an investor trying to guess which is the next trend in a market, think of a bank trying to get information on what is the average value of a company in case they have to liquidate it,” said Faloppa.

“As the amount of data grows, these use cases become more and more strong, increasing our potential in the same way.”

“[We] differentiate from them because of the fact that our process is automated, thus an order of magnitude cheaper and faster, and do-it-yourself solutions, and we differentiate from those by making the whole process much easier and by supporting difficult steps with a lot of intelligence,” said Faloppa.

However, Equidam doesn’t believe that its solution will make accountants or other financial experts redundant; in fact, the startup believes financial experts and Equidam’s solution will complement, rather than substitute, each other. There are about 150 accountants registered to Equidam, many of whom provide valuation services to their clients supported by Equidam’s technology. Faloppa said this contributes to the accuracy of their valuations and provides value creation and value management consulting for the companies they serve.

The closest technology competitor is BizEquity, which claims to have valued almost 30 million companies globally. If there are about 200 million businesses operating globally at the moment, that would mean BizEquity has a solid market share. Equidam is cheaper however, offering three types of subscriptions – free, €27.5/month (AU$38+) and €279/year (AU$388). BizEquity, on the other hand, offers two standard subscriptions – USD$49.99/month (AU$62+) and US$249.99/month (AU$312+). On the surface, it’s hard to pinpoint which service is better or worse. Faloppa, however, argued that Equidam’s solution is more thorough and requires more detailed inputs. He also said that Equidam employs methods that are geared towards early-stage companies.

Equidam understands that valuing a startup is more difficult than valuing a traditional business, because bringing new products to unproven markets is inherently risky. Added to that, first-time founders often overestimate sales, underestimate expenses, overestimate margins, and underestimate the time, effort and resources is takes to grow.

Equidam believes that, regardless of where they’re at in their lifecycle, startups should value their company to assess their potential.

“With a valuation report, startup founders can validate their idea, and show potential investors and other interested parties the opportunities their business offers them in the future,” it said on Equidam’s blog.

Equidam’s technology uses a variety of valuation methods, and also takes into account qualitative aspects of the startup, like the experience of the founders.

“When valuing startups, it not only the financials that determine whether a startup will survive or not,” it said on Equidam’s blog. 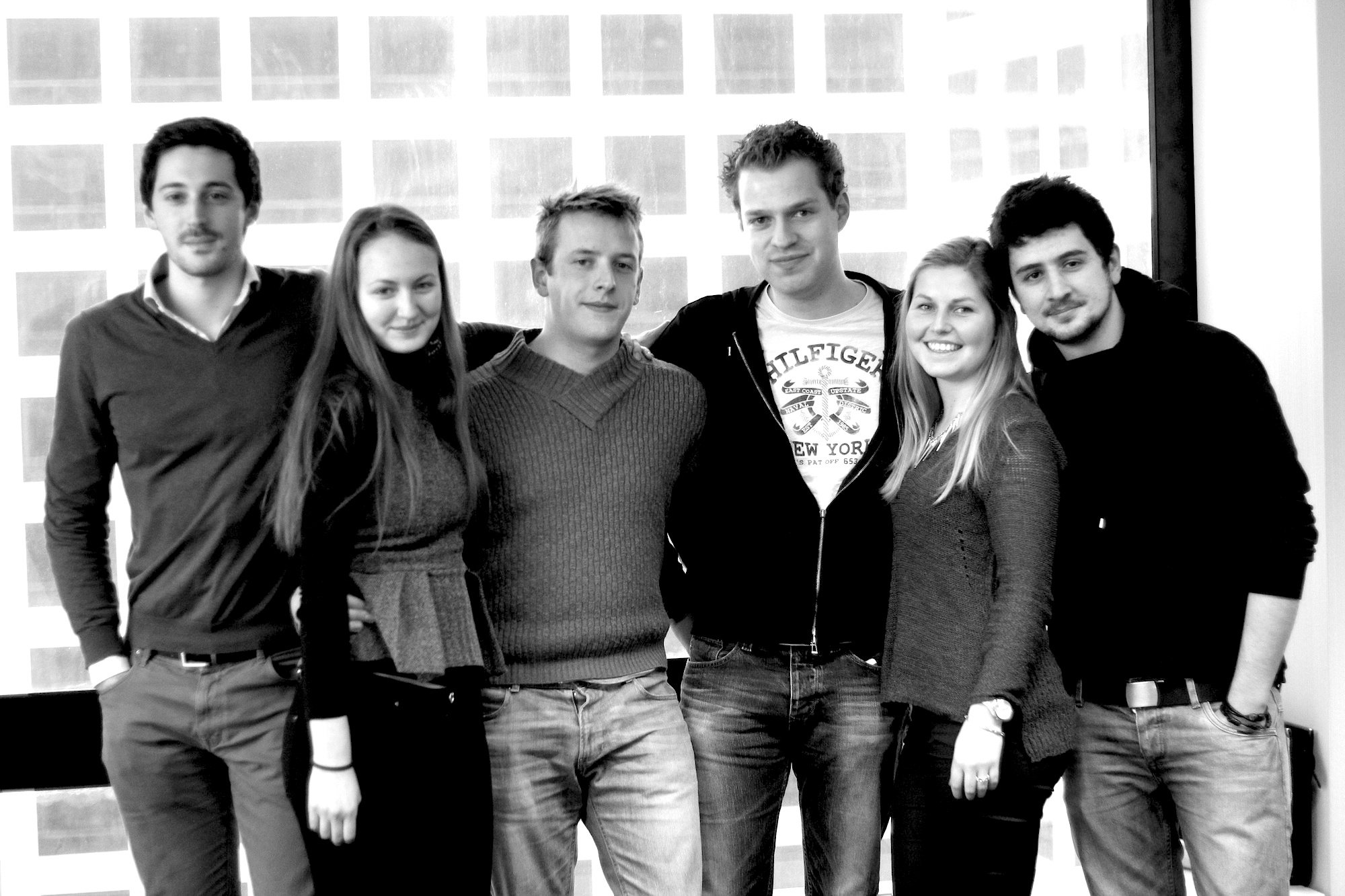 The startup is firmly focused on improving its technology. It has four in-house developers working behind the scenes, as well as Faloppa who is a developer by passion. The startup is actively expanding its business intelligence service so that companies can see what they are doing right or wrong compared to their peers in greater detail.

“[While] I sometimes work on code itself, the highest value I can bring personally is to work on the algorithms as knowing both about finance and code, I can really understand what goes on there,” said Faloppa. “We have, however, made a clear decision for in-house development some time ago, as our main target is to grow faster than all the competition and as a technology company, our technology is our product, and it has to grow and change as quickly as possible.”

The biggest challenge for Faloppa as a founder has been going from an active role in building products to a managerial and inspirational role.

“When you are building you are completely focused and never distracted, that is the opposite when you are the backbone of the team and you have to put everybody in the condition of succeeding,” said Faloppa.

“It is challenging to always bring more motivation, focus, enthusiasm and energy than everybody else, but it is teaching me a lot on what are the real limits of what’s achievable in a team.”

Despite this challenge, Faloppa takes pride in the fact that his startup has been able to prove that valuation can be done in a standardised way.

“[When] we started nobody believed that, and believed valuation was more of an art form. In commercial terms, I think the market dominance as the valuation solution for the Equity Crowdfunding industry is what makes me more proud,” said Faloppa.

Previous article Hexoskin may just be the world’s most advanced wearable technology
Next article Should startups be obsessed with becoming a Unicorn company?
Via Advice
Tags EquidamfeaturedNetherlandsstartupvaluation