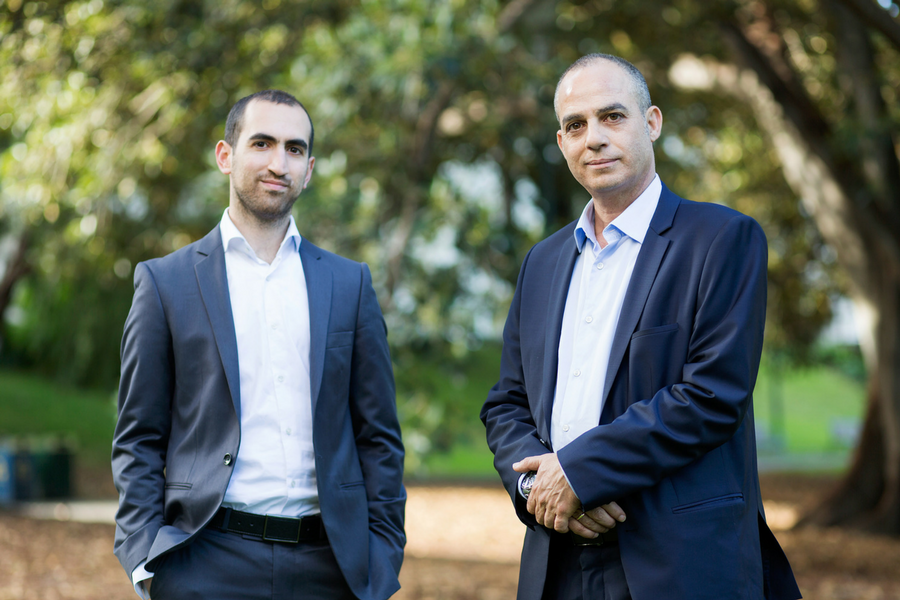 For anyone who’s watched the Oscar-nominated film Zero Dark Thirty, or in fact just about any clip of police on the news recently, you’ll know that nearly every event is now captured on body cameras.

While traditionally this video is recorded to a small device, the market has of late seen a move towards live streaming, allowing for quicker response times in both local and national operations.

Innovating with data technology in this space is international startup Elsight, which recently made the move to Perth ahead of listing on the Australian Stock Exchange (ASX).

Focused on defence and security, the startup has developed the ‘Multichannel’, a portable communications system which is able to send and receive encrypted data from any point in the world.

Within the defence industry, which the device was initially developed for, the Multichannel allows personnel to send data, such as a video stream, from remote areas using a interchangeable combination of connection and security methods.

Elsight was founded back in 2009 by Nir Gabay and Roee Kashi who, having worked within the Israeli intelligence and military ranks, sought to develop a technology that would grant special forces in the field a fast and secure way to send a receive files.

Previously used exclusively across Israel and held back from international distribution, the end of last year saw the startup admitted the rights to sell the Multichannel globally – however Elsight tuned down the level of encryption for international clients. Simply put, the security level would now sit at a “five out of ten”, said Elsight’s Perth-based director, Nathan Barbarich.

“[However], at the same time we separated the encryption technology from the main software, meaning that if we were to sell the box to, say, the CIA in the US, they could add their own encryption software on the top of it to bring it back to a high level,” added Barbarich.

Following the release, Elsight’s now looking to apply its secure technology to the commercial sector globally, and offer local police forces and businesses an effective way to transfer secure data while on the go.

“Commercial uses will be things such as body cameras on police, so if a suspect is running down somewhere and [the broadcast signal] loses connection, what we’re able to do is ensure that connection and actually stream the entire thing while recording it,” explained Barbarich.

If you’re visualising this as a group of people sitting in a darkened room in a police station watching 60-plus video streaming screens, according to Barbarich, you’re spot on, considering the Multichannel comes with software used to decrypt or encrypt data as well as facilitate live streaming.

If an operator then focuses in a particular video screen, the software will then increase the bandwidth, or streaming capacity, of that particularly Multichannel device, so it can transmit at the highest possible quality.

As for the physical device itself, Barbarich described it as a “small box, the size of a router”, similar to the one you receive from your internet provider, equipped with short antennas on the side. Inside the device are four SIM card slots, which fit a SIM similar to the one you would find in your average smartphone, with each used to power the signal connection.

Barbarich explained that current remote communication technology, such as that of Elsight’s commercial competitor LiveU – which is mostly used by television networks to broadcast their cameras from outside locations – use a signal SIM card to broadcast connections.

“[The Multichannel’s] very useful if you’re in a poor connection area, since rather than using one SIM card to send a file, you can multiply that by at least four. So if you have 1 megabyte (MB) upload, you can times that by four to become 4MB upload,” explained Barbarich.

ADSL, WAN and Wifi are also inbuilt into the Multichannel, meaning it can also connect with the typical ethernet cable you would find attached to most computers, or through a Wifi network. On top of that, and sitting as one of the more expensive options, the device is also able to send data through satellite.

With these connection methods in mind, Barbarich explained the Multichannel’s algorithm will calculate which network to connect to, based on strength and availability. This means that if the device moves to a remote area with no Wifi or global system for mobile communications (GSM) such as 3G or 4G, it can connect to a satellite, then switch back when it detects a GSM network.

Other features to ensure stability include the ability for the device to reduce the file size based on the quality of the connection – think Netflix reducing the quality of a video from HD to 480p if your internet’s performing slowly. Multichannel boxes can also connect together in a “line” to power a stronger connection.

“It’s [also] clever enough to know that if it has one Telstra sim, one Optus sim and one Vodaphone sim, in which case it’ll use the connection that’s strongest, and also the cheapest in that area, then change between them,” said Barbarich.

To ensure security, data is sent in four individually encrypted and randomly sized “jigsaw puzzle” pieces, which are then distributed separately between the different available networks.

Elsight is planning to raise $6.5 million to list on the ASX. Once this is done, funding will go towards expanding the startup’s marketing and sales resources, building international partnerships, and undertaking research to build out the Multichannel technology.