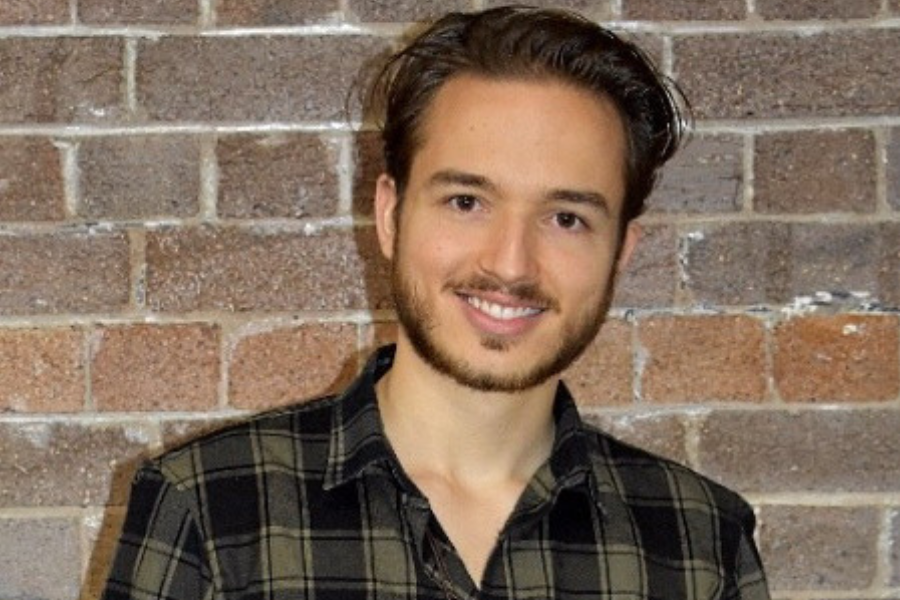 Being an international student is hard. Enrolment is a huge struggle and then there’s moving to a whole new city. But how do you know if you’ve even chosen the right degree? Or university? Or even country?

With more than one in four university students in Australia coming from abroad, Raphael Arias saw a golden opportunity in the link between students and universities—university agencies. Thus, EducationLink was born.

The opportunity: international students in Australia

Raphael Arias is from Brazil. Before he founded EducationLink, he came to Australia to study a Masters of Business Administration.

Just like Raphael, a whopping half a million other students from countries all over the world chose to study in Australian universities this year. This means more than a quarter of all Australian higher education students are international students – and the number is still growing.

Education is now the country’s third-largest export and with international student fees accounting for almost a fifth of total higher education revenue, it is both a major export industry and source of domestic economic growth. Global education is forecasted to reach a staggering $10 trillion by 2030. So it would only make sense that the processes in this space would be highly efficient to reflect booming business.

However, Raphael’s experience as an overseas student was anything but smooth. He encountered inefficiencies in everything from communication, information search, to processing his applications.

“From the very start, I saw an opportunity to improve something that wasn’t working properly in an area that is very important for Australia.”

As an international student himself, it was obvious that the space between international agencies and students and universities was severely lacking.

“I wondered, ‘Why hadn’t someone done something yet?’ There could only be two possibilities: either there was no market, or someone had tried and failed.”

The pain: the link between universities and students

For any young person, the act of leaving the comfort of home to study in a completely new country can be extremely daunting. That’s not even counting the huge expenses and commitment that comes along with it.

On top of this, many international students find that they simply aren’t being offered the same opportunities for work experience as domestic students.

But the trouble actually begins before they even arrive abroad.

“The core problem for students is really being unable to comprehend something that’s completely different from your normal life before you come.”

There is, after all, only so much you can learn from late nights of frantic Googling and word-of-mouth without actually setting foot in the country you’ll be calling home for the next few years.

“When I was an international student, I chose the wrong school, the wrong course, the wrong everything. I encountered a lot of errors in the process of my visa application. I was heavily influenced by my own agents and on top of that, sometimes agents don’t give out all the information—sometimes they forget, and sometimes they just don’t have it.”

It was surprising to Raphael that processes in this space were still mostly manual.

In a huge market that currently runs on excel spreadsheets and emails, the aptly named EducationLink is the missing link between global universities and students—a holistic tech solution that aims at eliminating inefficiencies, saving student and agents both precious time and money.

The solution, Raphael envisioned, would have to equip potential students with all the right tools to make the best decision in the most streamlined, efficient, and foolproof manner.

But, as he discovered, the problem didn’t lie with the student. To give students the proper support, it was the agencies that had to change.

The Solution: CRM but sexy

“College agents are just like real estate agents, only they deal with students’ educations. Students are looking for the right course in the right university and in the right area. 90% of all enrolments come through agents so we saw that as the biggest opportunity to help push the industry forward tech-wise.

“Think of it like Salesforce—only sexier. Except there weren’t any existing platforms for agents because they have very specific needs. That’s where we come in.”

EducationLink provides a more nuanced system tailored specifically for college agents, whether it’s transactions, customer relations, business management, or even accounting. A large part of it is market optimisation. For example, as part of its embedded quotation module, choosing the desired course from an extensive list will bring up immediate prices and course details, allowing agents to generate a PDF and send quotes straight to students with a click of a button.

Compared to manually cross-referencing colleges and preparing quotations, the platform’s speed and ease is almost revolutionary.

Raphael developed the software single-handedly, integrating feedback from friends who worked in the education industries into the development process. Knowing he had a product that could potentially change the game for college agencies and international students alike, Raphael’s next step was to find eager users.

“I started showing it to proper agencies. A friend of mine happened to work at one and I sent an email to his boss and, very fortunately, she replied that she liked it. It was a medium sized company and from there I gave her a call. She became one of our very first customers.”

Today, EducationLink has grown into global platform that connects student agencies to thousands of colleges and universities around the world.

While international students all share the same struggles, there are noticeable differences in their approaches when it comes to picking universities.

Students hailing from China typically aim to complete a bachelor’s degree or higher study. This is less so the case for many European or Latin American students who already have access to good quality and relatively cheap universities in their home countries. Instead, working holidays are most popular amongst this demographic.

“They fall in love with the Australian weather,” Raphael explains. “They end up not wanting to go back home anymore so they try to stay a little bit longer by taking up an English or VET course at Tafe. That’s why the average ticket is much higher in the Chinese market.”

At 38%, the bulk of last year’s international student wave in Australia unsurprisingly belonged to China. As such, the next step for Raphael is to tailor the platform’s software for a better product-market fit for the inevitable wave of students coming in from South East Asia.

“EducationLink is a global product. Australia is the second biggest market after the U.S., but since the U.S. doesn’t rely on agencies as much, that means Australia naturally became our main market. There’s a lot of advantages in being here which none of our competitors have. Mainly, it’s easy access to China and the rest of South-East Asia. Right now, we have to focus on expanding the customer base.

The motivation: you either do it or you don’t

“It’s funny,” reflects Raphael. “I never wanted to be an entrepreneur.”

Graduating from IT management, Raphael went on to work at HSBC before coming to Australia to complete his MBA.

“I always wanted to work in a big corporation and go up in the ranks. I was very happy and HSBC taught me a lot. I always thought, why would anyone be an entrepreneur? It’s so risky and difficult.”

“But a few things happened here and there that made me rethink. Coming to Australia, I realised I needed to create a plan. As an international student, what was I going to do here? Was I going to have a full time job? And in the end, being an entrepreneur came about naturally.”

Unlike many of his peers, Raphael doesn’t treat the startup journey like an idealistic dream. Instead, being an entrepreneur is simply an opportunity to keep learning and to push your limits.

“I had personal goals of wanting a location independent business where I could work from anywhere I liked. And I’ve always liked a big challenge. Before I knew it, I was an entrepreneur.

“I still like big corporations, though. It fascinates me—all the things they have to do, like internal politics and management. But that’s the story of how I became an entrepreneur.”

Perhaps one of Raphael’s most admirable qualities is his dedication and his steadfast resolve when it comes to carrying out his vision.

Armed with rudimentary technical coding skills gleaned from university, Raphael found a hobby of creating small apps in his spare time. On the side, he’d also begun to create websites to keep learning.

When the first concepts of EducationLink began to seem like a viable reality, he disliked the idea of investing into higher development. So, Raphael spent one month, 12 hours a day, building it by himself.

Slowly, he turned his vision into tangible reality.

When asked what his biggest challenges were, Raphael draws a blank.

“I wouldn’t change anything,” he admits. “I think there’s no one big challenge. I could pinpoint the money aspect, the development aspect, or the customer relationship aspect but that’s just the nature of the job. That’s just life. It’ll punch you in the face. You just have to move on.”

A startup, Raphael illustrates, is a series of interwoven tasks and goals. And motivation is fleeting—you either do something, or you don’t.

“I have a goal. I outline stuff to do and I reach it. Sure, sometimes it’s hard. But whether there’s a lot of stuff to do, or you don’t have enough time or energy to do it, it’s still something that has to be done. So when I’m not motivated, I just open the laptop and start working. I just don’t think about it.”

As for advice, Raphael takes a realist’s approach.

“It’s just as Elon Musk says: “Running a startup is like chewing glass and staring into the abyss. After a while, you stop staring, but the glass chewing never ends.”

“There’s no point in complaining that this is hard. Things need to be done. So just do it!”