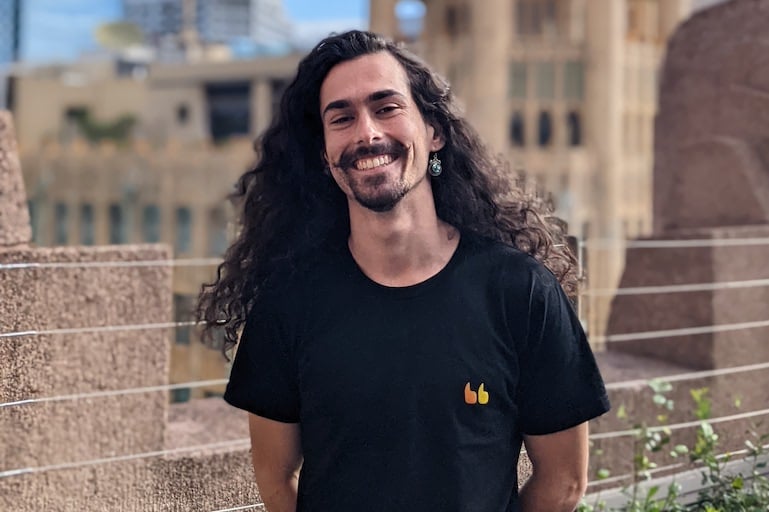 Over the past few weeks, you’ve probably seen a flurry of news stories popping up around fast-growing, sexy startups all of a sudden going through layoffs.

For a lot of young talent who began their careers post-GFC, this is our first time navigating the world of work in a significant market downturn (and particularly one for the technology sector). It’s scary, it’s real and it’s likely to continue.

It’s one thing to see articles in the paper and numbers on layoffs.fyi, but it hits a lot harder when it’s the people around you.

We’ve had smart, talented friends and community members lose their jobs through no fault of their own, and it f*cking sucks.

As first-time founders building a whole community around careers, it’s a pretty confronting and unfamiliar experience.

But the media buzz on company layoffs/shutdowns only captures a small segment of the market.

For every employer you see mentioned, there are a ton of tech companies and startups that have recently raised funding, are growing rapidly, and are still actively hiring.

Looking at the broader picture, there are lots of reasons to still be optimistic. The past few years have been incredible for the ANZ tech & startup ecosystem.

The technology sector is now the third biggest contributor to Australia’s GDP and the opportunities available today are a different world from what graduates had even a decade ago.

Tech is fast becoming the most desirable career path in Australia, with more than 750,000 of us now working in the sector.

We’ve recently seen a record-breaking amount of venture capital funding going to Aussie startups, with $3.6B being invested in startups in the first quarter of 2022.

And with Aussie scaleups like Airwallex, SafetyCulture and CultureAmp making global waves, it’s clear that Atlassian and Canva are no longer just two flukes that happened down under.

We’ve been thrilled to witness a paradigm shift in young people realising they don’t have to move overseas to build a high-impact career in tech.

And we’re confident that the Australian tech & startup sector will, in the long-term, continue to thrive and grow.

Far from knocking down companies who are struggling, as a community, we should be banding together to help those affected get through this rough patch.

This is the most important challenge our community has faced since we started.

And in building a careers community for tech & startups, we felt we had a significant role to play.

That’s why we’re introducing Between Work,  a collaboration between Earlywork and AfterWork connecting laid-off tech talent to great roles faster

What is Between Work?

Between Work is a free initiative to help tech & startup workers who’ve been affected by recent layoffs in Australia & New Zealand to find their next role faster.

Workers who have been affected can register their details here to be discretely and quickly connected with tech companies that are still hiring.

So far, we’ve had over 100+ employers register to hire laid-off talent including Canva, Airwallex, Amazon, Salesforce, Airtasker and Linktree, with over 1000+ roles available.

Companies that are hiring can sign up here to access the directory of laid-off talent, covering junior, mid-level and senior talent across a range of disciplines.

Collectively, Earlywork’s and AfterWork’s network of tech operators are also here to support as both mentors for jobseekers and advisors for companies thinking of accelerating their hiring.

Why are we doing this?

Layoffs aren’t fun for anyone. We’ve personally met several amazing tech workers who have unfortunately lost their jobs – through no fault of their own – and know there are many more.

In reflecting on the stories in our communities, we realised there was an important role we could play in helping these folks find their next step.

We’ve created Between Work to be a landing pad for anyone who’s been affected, connecting them to their next launchpad.

It’s a tough time in the market, but there are lots of opportunities still out there. We wanted to ensure affected jobseekers knew where they were.

Amidst the job search journey, please make sure to prioritise your mental health and dedicate time to things that energise you, whether it be spending time with family & friends, exercising, meditation, or something else.

At the end of the day, work is just one aspect of life and though we spend a lot of time talking about it, your health comes first.

Previous article Cryptocurrencies are great for gambling – but doesn’t achieve much when it comes to DeFi and freeing us from central banks
Next article Sendle is the latest startup to cut staff, retrenching 12% of its global workforce
Via Advice
Tags contributor postredundanciesstartup winter

Dan is co-founder & Chief Meme Officer @ Earlywork, creating the careers of tomorrow, and an Angel Investor