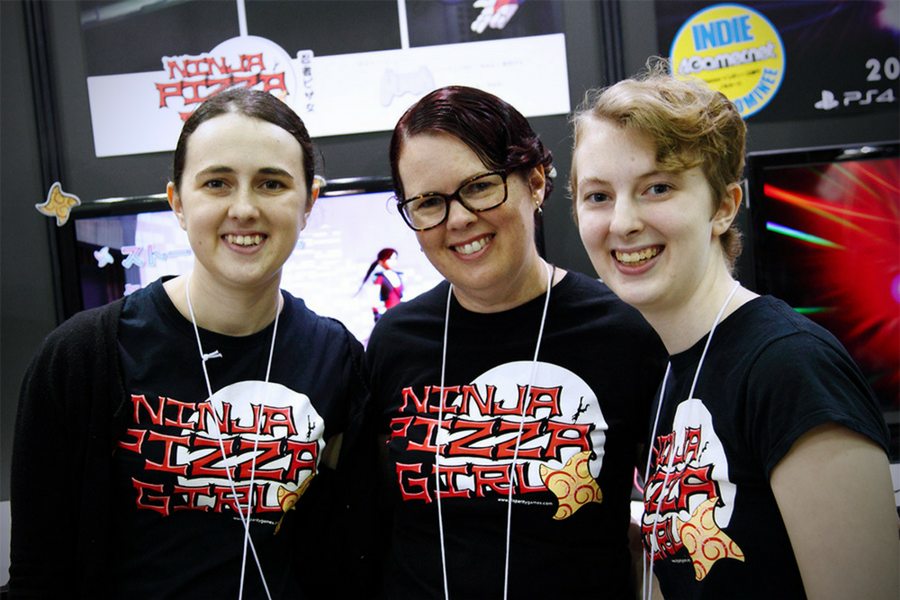 It’s 2006, and Australia’s game development landscape is brimming with both local and global talent. Among the big players is international gaming giant Sega, a company which gained enough traction to open up its own baby theme park in Sydney’s Darling Harbour.

Enter the global financial crisis, a torrential wave which would bury Sega and, alongside it, nearly the entirety of Australia’s game development businesses. From the ashes rose small independent or ‘indie’ developers, startups that are now leading the charge towards rebuilding an industry that was once a contender on the global stage.

Now, indie developers make up the majority of Australia’s gaming sector, a $115 million industry expected to grow thanks to the high export numbers generated from new and veteran startups in the space.

According to Nicole Stark of Disparity Games, the rise of indie devs can be attributed to the “perfect storm” of unemployed developers left behind from the wreckage of the global financial crisis, in combination with the increase of mobile gaming opportunities.

“The rise of mobile [brought] a lot more casual gamers, so people who wouldn’t normally play games, the average person, was now a part of the market,” she said.

Mobile games and the nature of their development, according to Stark, presented a ripe opportunity for talented developers to start their own businesses and begin creating. Mobile games are generally smaller in scale, easy to distribute, and require less resources and time to create, and thus they are overall cheaper.

Stark herself took up the mantle to create her own game alongside her husband, Peter, with the both of them having spent time working within the gaming industry. The pair began working together in 2011, when Stark was on maternity leave while her husband took long service leave.

The pair developed their first title, Run Fatty Run, a mobile platforming game where a player must navigate obstacles while getting chased by a tiger, and established their startup, Disparity Games.

Their full time roles took a backseat, with the couple splitting the work on development between them: Peter focused on programming and Nicole on design. However, beside the huge intricacies of game development, the couple had to also juggle all the typical facets of, well, starting up a startup, without a source of income.

“It [was] absolutely terrifying,” said Stark.

“We had no steady job, a mortgage to cover, and four children. To go from earning money to watching your bank account dwindle is really tough.”

Jumping between different roles served as a double-edged sword for the entrepreneur, who described it as “crazy” yet “exciting”.

“To be honest I still get sick of how many hats I have to wear. Every time you swap hats you have a little bit of inertia. It’s the best job in the world, but also the most strenuous,” said Stark.

Developing titles wouldn’t just involve the efforts of the couple, however, but the entire family, consisting of four daughters from ages eight to 24. Stark explained that their 20 old daughter, who is studying animation, works for the business a few days a week, while the youngest is learning programming.

The family operates at their residence just a flicker away from the sea in Noosa, as Stark talked about the ups and downs of working as a family business.

“When it’s great it’s very very great. There was certainly an adjustment period at the beginning though, because you go straight to spending all your time together,” she said.

The later half of 2015 saw Disparity Games release their flagship IP title, Ninja Pizza Girl, a colourful action-platformer with bullying and teenage angst at its ideological heart. The title was met with substantial critical and financial success, having earned high reviews scores across the board.

With their commercial success, the startup now sits as one of the leaders of Queensland’s gaming sector, a tight-knit community compacted with other indie developers. With an increase of startups entering the space in both Queensland and Australia-wide, Stark said it’s a sector she hopes that will continue to diversify.

“I think there’s space for people to do things a lot of different ways, which is what we’re seeing at the moment. You have your micro AAA indie developers, then a lot of smaller sized ones too,” she said.

These ‘micro AAA’ developers are the startups looking to fill the gaps left behind from the global financial crisis.

According to Stark, there’s businesses now face a new challenge, involving the oversaturation of genre games, particularly in mobile, due to lack of diversity and copying from international competitors. Stark, however, is confident the industry will move forward.

“As the barriers decrease, there will be more companies popping up. There’s so much innovation in the indie game scene, so there will always be new ideas coming about in one way or another,” she said.

Currently working on contract work including a title called ‘Younger: The Cloud Catcher Chronicles’, Disparity Games is looking towards developing its next IP game, a parkour platform dubbed ‘Snapdragon’.