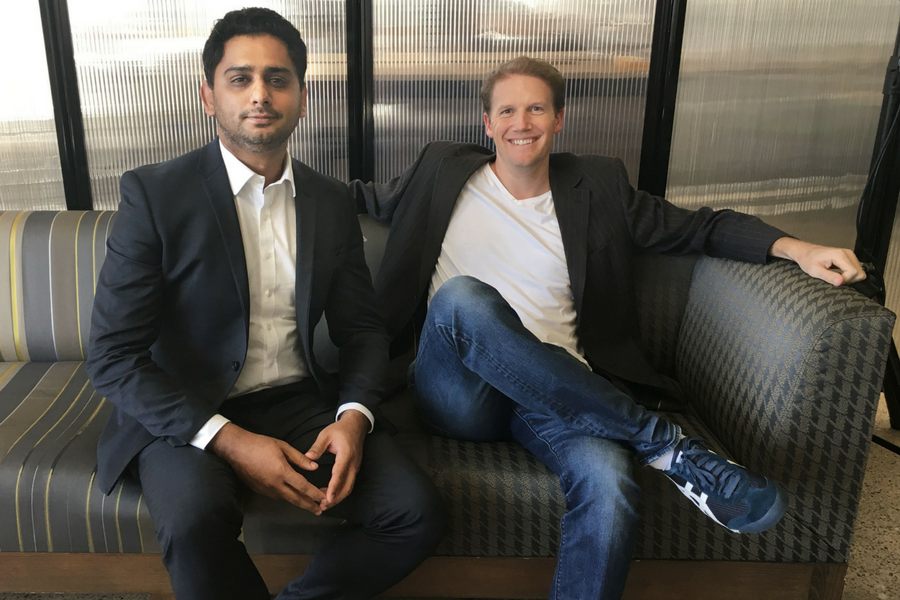 The sharing economy has come a long way over the last few years: a report on the sector in NSW released by Deloitte has found that revenues in the sector grew from an estimated $1.6 billion in 2014-15 to $2.6 billion in 2015-16. The number of people earning income from these platforms has also doubled from 45,000 to 92,400 as acceptance of and trust in the sharing economy grows.

Looking to take advantage of this growth is DishMe, a peer-to-peer home cooking startup founded by Pushpinder Bagga, Simran Gambhir, Richard Fleming, and Eric So.

The idea for DishMe came over a year ago when Bagga found himself struggling with his health due to what his doctor described as “a lethal combination of poor diet and long work hours”.

“Unable to cook, on top of my demanding work schedule, I regularly gave in to takeout food and packaged meals from supermarket shelves. Keeping the cautions of my doctor in mind if I continued with this bad habit, I had an idea of posting an ad to my community bulletin board for healthy homemade meals throughout the week,” Bagga explained.

“I received four offers from local chefs who I exchanged texts with to collect food. Getting bored of eating the limiting food they were offering, I began requesting meals with particular taste preferences and specific ingredients. Two chefs dropped out and two remained for the challenge. I eventually told my friends about this and they began ordering custom meals as well, birthing the idea and concept of DishMe.”

As the DishMe team came together, Bagga said one of the biggest challenges for the startup has been determining a specific target audience, and then communicating to this audience the services and products it’s offering. After conducting multiple trials to validate the concept, DishMe partnered with an insurance provider to start operating as a business.

The startup’s defined target audience is comprised of busy 40-something professionals who struggle with finding the time to cook and maintain a healthy lifestyle.

“Since the market for personal chefs is typically exclusive and expensive, our current proposals dominate the competition both in price and convenience. In respect to our value proposition, we are the world’s first online marketplace of its kind and prioritise our customers by assessing local chefs with local sustainable, healthy, limitless and efficient food,” Bagga said.

According to Bagga, DishMe’s focus is not profiting off customers but rather prioritising the “uniqueness and individuality” of each of its customers.

“Unlike typical businesses who centre in profiting the business by profiting off customers, DishMe efforts in prioritising on the uniqueness and individuality in each of our customers.

Bagga said the startup has over 150 chefs registered in Sydney awaiting launch. After registering online, DishMe takes a chef through a vetting process including an interview, “taste approval”, and kitchen inspection. The startup then takes photos and video to assist in the “branding” of a chef.

DishMe also sets prices for chefs in order to maintain consistency and ensure a level playing field of sorts on its platform, ensuring chefs are focused on serving quality food rather than fixated on price, Bagga explained.

Consumers, meanwhile, will be able to sign up and note their dietary requirements, then be taken to the marketplace where they can browse chefs in their area and chat to those they are interested in before placing an order. DishMe will take a 20 percent cut of every transaction.

Consumers will be able to pick up the food themselves or have it delivered by the chef; Bagga said the startup will look to partner with a logistics company in the future to facilitate delivery.

DishMe recently made its way into the latest intake of the H2 Accelerator run by H2 Ventures, which has traditionally been fintech-focused.

In a blog post calling for applications earlier this year, founding partner of H2 Ventures Toby Heap explored the different spaces the accelerator would be looking to explore this year, with peer-to-peer marketplaces one of them.

“P2P marketplaces such as Uber, AirBnB and Freelancer have fundamentally shaken entire industries to their cores by shifting the power dynamic from intermediaries to consumers. We consider that the defining feature of these marketplace businesses is that they allow an efficient and convenient financial transaction between peers, without requiring a traditional trusted intermediary,” Heap wrote.

“Two sided marketplaces also have the distinct advantage that they have built in network effects providing potential durable competitive advantages. We especially like marketplaces that leverage consumer collective bargaining as part of their approach.”

It was his cofounder Gambhir that advocated for applying to the accelerator, Bagga said, and two months in, DishMe is benefiting from the advice and networking links of the program, as well as the $100,000 in seed funding.

The support from the accelerator will surely come in handy, with DishMe trying to make headway in a crowded space; it’s competing with everything from restaurants to delivery services such as Deliveroo and Foodora, ‘meal box’ companies like Marley Spoon and HelloFresh, and peer-to-peer home cook startup FoodByUs, launched last year by a team including former Menulog managing director Gary Munitz.

FoodByUs and now DishMe are following in the footsteps of a number of similar startups that have found the model difficult to scale: there was YourFork, which launched and operated for a short time in 2013; Welcome Over, which allows users to effectively host dinner parties for neighbours in ‘pop up home restaurants’ but does not currently show any listings; and Neighbour Flavour, which has yet to properly launch.

As it progresses through the H2 Accelerator program, Bagga said the startup is focused on launching in and growing throughout Sydney.