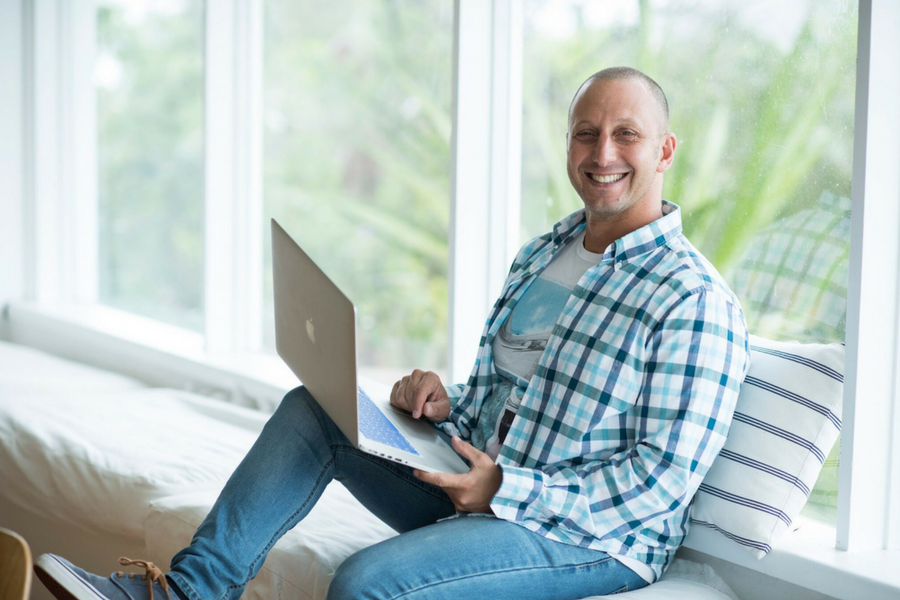 For many, sifting through the pool of emails and project messages received each day for a particular piece of information can be a headache, to say the least.

If you don’t keep on top of your inbox, it only takes a few days for stacks of information to build up to the point where finding what you need is a near impossible feat, and that’s only when you know what to look for.

In response, businesses have looked to project management tools to help organise information, although these platforms often restrict how users can interact with it.

Providing businesses the ability to design their own platform with a strong focus on enabling communication, is Sydney startup Buzzy.buzz. It essentially allows users to create an app of sorts within its own central platform, dragging and dropping various features such as a messaging portal, payments function, calendar, or so on.

Through this, the platform aims to simplify the way people interact online, whether that be collaboratively, informatively, or commercially, by providing users with a single, flexible communicative space that can be tailored to their own needs.

Targeted predominantly at independent solution and system integrators, the tool was constructed around a flexible user-controlled model that has the ability to connect with existing systems used by businesses.

Using an existing travel app as an example, cofounder Adam Ginsburg explained that the booking and payment systems used by these apps can be integrated with the communicative features of the Buzzy.buzz platform so the user can create a unified space.

Ginsberg, previously founder of Aptrix, which was acquired by IBM in 2003, said, “Rather than replace these systems, we look to integrate them and place them beside our organisational platform.”

After sign up, the platform’s creation tool offers a space for users to play around with different templates and elements free of charge.

The templates are presented to the user as a starting point, although Ginsburg said they have been comprehensively designed for different organisation or commercial purposes so that the user has to change very little before publishing.

“There’s also a bunch of video tutorials on the site that help the user learn to create an app from scratch. Tech-savvy people can do one from scratch in a couple of minutes,” the cofounder said.

Users can point and click to add elements such as text boxes, menus, and videos to the platform’s canvas, plus image and chat sharing spaces for the users to interact. These elements can be dragged and dropped across the pages they create, while the tool itself can be accessed by multiple creators for a monthly fee.

An enterprise licence will provide a business access to multiple authors who can log on to create together, although Ginsburg said that users of the platform will be able to use the final product for free.

Licence fees act as the startup’s core revenue model, although Ginsburg said the business also taps into an additional revenue stream on transactions.

“We’ve got a couple of travel organisations, for example, who are compatible with the platform. Once the user has used the platform to chat and organise their trip, they can then make payments which we make a small cut off,” Ginsburg said.

Other potential users include schools, sports teams, and other clubs.

The current margin on payments made through the platform sits at one percent, although the cofounder said that number is subject to change.

Although businesses are able to create a platform themselves, Buzzy.buzz contains similar accessibility restrictions that feature in other organisational tools and platforms in the market.

Once published, a completed app or ‘Buzz’ can only function through the central Buzzy.buzz website and mobile app rather than on its own; an app can’t be published on the App store, for example. There is no plan to divert from this formula to allow businesses to host or download the tool they create themselves.

However, to address the issues of accessibility, Ginsburg said users can access certain features of the platform via email, allowing users to communicate without having their browser open.

The idea for Buzzy.buzzy came to Ginsburg while working within the IT space as a product manager, where he recognised issues with accessibility as well as flexibility within other project management and organisational tools.

“There are a million different communication and organisational channels nowadays especially with the addition of mobile phones and social media, so we really wanted to simplify the way people interacted,” said Ginsburg.

The entrepreneur noticed a “huge information overload” emerging as a result and identified the potential a unified platform could have on both businesses and everyday users.

“The the idea behind Buzzy.buzz was to put all the things into one place and apply that to the business market and the consumer market,” said Ginsburg.

This formed the current model that Buzzy.buzz uses, as the platform offers tools designed for companies across travel, sales, and corporate to small businesses.

“We didn’t want to scale the business down to a specific industry until we really understood which industries best responded to it, so we sort of threw it out there for everyone,“ Ginsburg said.

Other development tools in the market offering similar features have a trend of building their product for a specific audience, an idea Ginsburg said he’ll look towards.

The development of the startup has been funded through $500,000 in seed funding Ginsberg raised from family, friends and professional investors from Ginsburg’s previous company.

This funding will help fuel the next 12 months of the Buzzy.buzz, as the business looks to move out of their “experimental phase” and towards a niche space.

“We want to identify key users and go to establishing in industries that we know that work. We then want to scale the business horizontally across those type of industries and look at organisations with a global reach,” said Ginsburg.