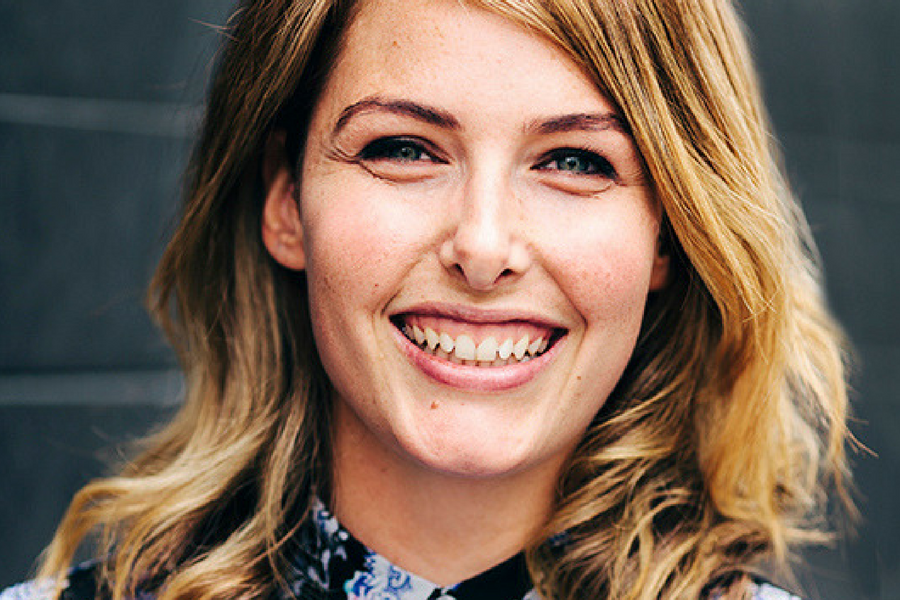 The way companies think about design, their customers, and the interactions between the two has come a long way over the last few years.

It used to be that the customer was almost an afterthought, considered only when it came to how many dollars they would be willing to shell out for a product or service and how to best market to them. As of late, however, there has been a shift to the ideas of design thinking and human-centered design: at the core this means connecting to the customer, understanding their needs, wants, and ways of operating, and putting them at the core of the product or service.

Helping organisations across a variety of industries embrace the concept in order to offer customers something better is Neoteny, a design consultancy working through a user-centered perspective it calls people-focused design.

Design director Michelle Gilmore cofounded the company with Nic Chamberlain in 2010 after growing tired of “bashing my head against a few really fundamental conceptual problems” she had with the industrial design space.

Chief among the problems was that the solution to a problem and the channel through which it was to be delivered was often defined before the problem was properly understood.

“As an industrial designer you’re told to design physical products, as a graphic designer at the time you would be doing print media or you were taught to solve problems through visual communication, and architects solve problems through buildings, whereas the channel or the discipline or the medium shouldn’t really be defined until you understand the best way to solve that problem,” Gilmore explained.

“I was just a terrible employee, and probably would be now, because a client would already have the solution in mind or the agency would try to put forward a solution that was based on the fact they had expertise in that particular discipline, therefore we were going to pitch this as a solution to the client and I would say, what if that’s not the right fit? Shouldn’t we check that and shouldn’t we validate that?”

Frustrated by this and what she saw as a subjective, ego-driven approach to design, Gilmore linked up with Chamberlain, formerly head of digital at 303Lowe – now 303MullenLowe – to launch Neoteny.

At the core of the company then and now is the aim to “design a world that works beautifully”, Gilmore said. What that looks like in practical terms is working with organisations from startups through to corporates, governments and non-profits to make sure they create products and services that deliver on objectives.

“We believe that business problems are better solved if they are based off a real understanding of the people that will use the product or service, which is why the organisation exists,” Gilmore said.

“It’s not necessarily about going out and asking people what they like and what they want, it’s about scratching the surface and really getting deep into why people make the decisions they make and how that might turn into a profitable outcome for our client and balancing the necessary organisational needs with the needs of their users.”

In its aim to balance these needs and satisfy both sides, Gilmore said Neoteny will turn away organisations that want to only pay lip service to the idea.

“If they are not capable of making objective decisions, they won’t get to a successful outcome, which means we won’t succeed, so there’s no point. Through conversations at the start of the relationship and the start of the project there’s ways that we can essentially expose that, have a conversation on it, and hopefully reframe that and change that point of view, but if we can’t we just walk away,” she said.

Despite this, a number of large organisations have signed on. Among Neoteny’s first clients with Westpac, with which Gilmore was working as a contractor. When they had a large project they had to give to a company, Gilmore said she registered Neoteny and took the project on.

Having a big name on board saw the likes of Woolworths and NAB follow suit, with government departments including the ATO then approaching.

“It’s funny that six or seven years ago it was actually somewhat easier to get corporate clients than it was to get startups,” Gilmore said. “It’s a little bit different now, but at the time they were understandably conservative and funding for startups in Australia didn’t really exist then.”

One of the better known startup names Neoteny has worked with is taxi booking and payments service Ingogo.

In its approach to designing the startup’s app, Gilmore said the Neoteny team first sought to understand the context of use by going out and using taxis. One of the biggest things they found was that people were using the app in the periphery; that is, they would hail a taxi and then look away from their phone to continue on with a conversation.

In response to this, when a taxi arrives the Ingogo app alerts the user through a sound. The fact that a user is not continually staring at their screen also explains the app’s driver tracking, which updates to show the taxi’s location and how far away it is every minute or two rather than tracking its every movement like Uber does.

Also incorporated into the app was a strobe light passengers can activate to ensure their driver can find them so they get into the right taxi.

“It’s all about us being able to understand the people that will use the product and service and how they will use it,” Gilmore said.

“With Ingogo that looks like us riding in taxis, when we worked with Australia Post it looks like us being behind the counter and serving people, when we were doing work with Tourism Australia it looked like us traveling to tourists and asking questions along the way.”

It also means testing and prototyping and then watching people use the prototype. In China while working on the Tourism Australia project, Gilmore aid the team built a prototype overnight and then spent the next day with a family planning a trip to watch how they were using it.

“That made it possible for me to then come back to a leadership team and say, I know this opportunity will work because I’ve seen it in the market, I’ve prototyped it and validated it. Of course the detail of it wasn’t there, but it was about validating the concept before we put too much time and effort into it,” Gilmore explained.

Previewing what’s coming for Neoteny in 2017, Gilmore said it is working with the Australian National University on the student experience, and is looking at joining forces with architects to work on large spatial design projects, looking at designing more efficient and effective spaces.