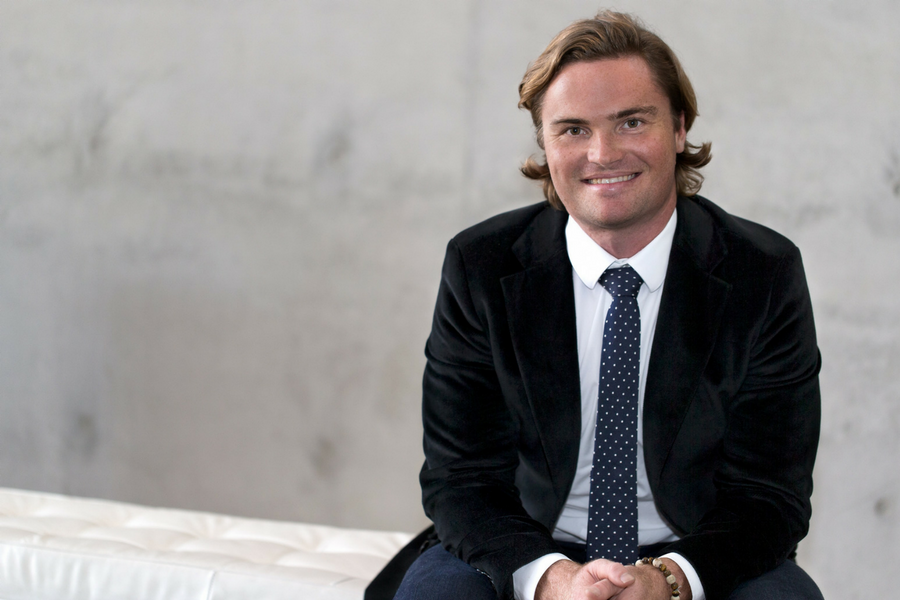 Picturing the stereotypical Australian adult male typically brings to mind a man slouched in a camp chair in their thongs and shorts, holding a jar Vegemite in one hand and a beer in the other. Whether this depiction of Australians is anywhere near accurate or not, it’s hard to deny that drinking is considered a societal norm for our nation’s adults.

If you’re out with friends and turn away a drink, it’s not uncommon to be passed a scornful glance from at least one other person. Societal attitudes towards drinking see over a third of Australians over the age of 14 drinking alcohol on a weekly basis, while 3.5 million people consume a level that puts them at a high-risk of developing alcohol related diseases, according to the last National Drug Survey.

Within these numbers, alcohol abuse and alcoholism have become dense issues in Australia, a matter which Sydney startup Hello Sunday Morning looks to solve with its new app, Daybreak.

The app looks to help people change their relationship with alcohol by providing an online support platform that enables users to access a network of other users facing a similar challenge.

The word ‘challenge’ is used quite literally here, as a key functionality of the app is to provide users with a set of objectives to reduce their alcohol consumption, which can then be shared with other users.

Hello Sunday Morning’s founder Chris Raine explained that sharing experiences with other users is key to informing the app’s platform, which functions as a private online community.

To access the community platform, users have to first create their profile using the app, a process which involves completing an Online Motivational Interview that asks the user questions about their goals and current alcohol consumption. The data gained from this questionnaire helps inform the type of advice and challenges which are posed to the user.

“These challenges are specific for the user, such as drinking only a certain amount when you go out,” explained Raine.

Additional challenges can added through a ‘choices’ menu, which also provides the user advice on how to complete it and the benefits of completing it.

“You can then share challenges with the online community. People going through the same challenge can give you support or suggestions,” Raine said.

Users can interact with the community by accessing the ‘home’ section, which provides a news feed of other users’ blog posts. A user can support another with the ‘like’ button system and comments. Beyond a two week free period, access to Daybreak costs $59 per year.

The creation of Daybreak came from the success of the startup’s trademark platform, also entitled Hello Sunday Morning. The “charity platform” was developed in 2010 after Raine decided to quit drinking for a year and post his experiences as a blog.

“I had all these other people getting in touch saying that’s also something they wanted to say, so I decided to focus developing a platform around that,” he said.

The platform functions similar to Daybreak, offering a space for people to share their stories, blog, and undertake programs aimed to help reduce alcohol consumption. The Daybreak mobile app acts as an extension of the online platform, allowing the startup to develop features such as a near 24 hour live chat support.

“More complex issues can be helped by using the app to have a live chat with a clinical psychologist,” said Raine.

These psychologists, coupled with a clinical advisory committee, helped inform the startup’s entire content base, a process which Raine said he underwent to ensure the app’s information and features were accurate and effective.

Still in beta, Raine listed Daybreak on the app store for the purpose of gaining more data from users to continue to shape the app’s content.

The startup has gained some big supporters to help push through this stage, with Google contributing $750,000 this year to help the business develop machine learning functionality into the app. Should this feature reach fruition, the app will have an AI providing users support based on current data, while being able to learn and adapt when new data comes along.

Raine said another unnamed large foundation is also about to “re-up in a big way” in the near future. In the meantime, the business received support from the Vodafone Foundation, NIB Foundation and Macquarie Group Foundation in addition to partnering with certain Public Health Network’s (PHN) across Australia to distribute licences for the app.

“If you live within certain regions, you can go to your local GP who will give you the licence if free if you’re having issues,” said Raine.

Three months after release, Daybreak has gained 4500 users, a portion of which Raine accounts to the users transferring from the Hello Sunday Morning platform over to the app.

The app provides a unique alternative to attending Alcoholics Anonymous (AA) meetings, whereby the users are access a support network at any point in the day and while they’re on the go. Partnering with an AA group could be a potential avenue that the business could explore, although aside from continuing the relocation process from Hello Sunday Morning, the founder said he wants to continue curating information to help build a strong and accurate platform that will trigger the app’s full release.

“I have complete confidence in our development team to build strong features for our users,” said Raine.