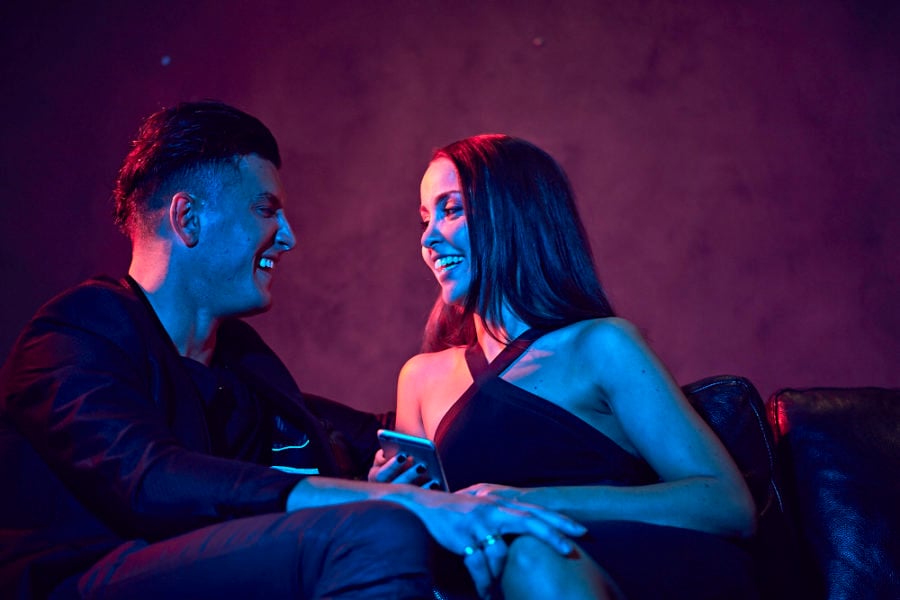 Dating has technically never been easier thanks to the multitude of apps and websites out there helping people connect, with users able to find the one out of anyone from a perfect stranger through to someone who shares all their same niche interests.

Of course, going beyond the internet and dating in real life is another story. Making a profile and spending 20 minutes swiping through Tinder makes it feel like you’re “putting yourself out there”, even if you don’t actually chat to any matches or organise a meeting.

This trend has in turn led to the emergence of new apps encouraging users to actually see each other in real life.

Some such app is the Sydney-founded Clinks, an “icebreaker” app that looks to eliminate time wasters by easily allowing its pool of more socially inclined users to set up a meeting.

The app works, of course, by first having a user make a match, however there is no endless swiping. Each time they open the app, the user will be presented with two potential matching options, rather than going through hundreds of swipes.

Once a match is made, users have 15 minutes to start chatting and then 60 minutes to decide whether they want to ask the other person out for drinks. If the request is made and accepted, the users have 24 hours to chat, after which the user who accepted the request can agree to ‘Meet now’ or instead say ‘I changed my mind’.

If they choose to meet, the app can suggest locations to meet by showing the options through its GPS, encouraging users to meet in a public place. Clinks offers users GPS tracking to enable them to find each other more easily, with this also meaning their location is logged in the app should something go wrong. It also means numbers don’t necessarily have to be exchanged.

The app was founded by AJ Prtenjaca, who has represented Australia in mixed martial arts, after he got bored of existing dating apps that never actually led to any dates.

He pitched the idea to development agency Hyper Apps, whose CEO Tom West liked the idea and decided to buy into it. From there, Prtenjaca also secured investment from entrepreneur Gary Linz, of Oportos and Bondi Pizza fame, and fellow hospitality entrepreneur Darren Elmes for a total of $200,000 in funding.

The connection to the hospitality industry looks to be mutually beneficial. As explained by Clinks’ Rebecca Ackland, the startup saw early on that engaging bars and restaurants with the app could have the potential to boost its business – the app can send users push notifications or in-app messages to matches to suggest bars or promotions they may want to take advantage of.

With this one path to revenue, Clinks also offers users in-app purchases: with everything on the app focused around time limits, users can pay to get more time with a match they let run out.

As it looks to get users on board through influencer marketing and events, Ackland said word of mouth will also be key.

“It’s really important to us to reinforce through our brand messaging that our app is all about social, light-hearted fun and nothing that people will feel sleazy about using. So many dating apps have poor reputations and users are embarrassed to tell their friends they are on them,” she said.

Currently available on iOS, Clinks is now working on an Android app and raising further funding.

Another app aimed at getting people meeting is Happn.

Keen to expand on its presence in Australia in 2017, the France-based app founded in 2013 to help connect people who may cross paths without meeting.

As explained by cofounder and CEO Didier Rappaport, “Happn is a tool to avoid missed connections, and meet the people you have crossed paths with in real life but didn’t get the chance to talk to for diverse reasons. In other words, we offer second chances.”

Essentially, Happn can help you find that person you thought was cute on the train this morning, who you couldn’t talk to on the train because no one really likes strangers coming up to them and hitting on them during their morning commute when all they can think about is coffee, how much they’ve got to do at work that day, and how many hours they’ve got until they can go back to sleep.

Also cofounder of online video platform DailyMotion, Rappaport said the idea came as the team wondered why people were wasting time on dating websites looking at and talking to strangers when we already come across dozens of people in real life every day.

“Besides, we considered that filling out 50 questions won’t help portray yourself to other users: we believe that it is unnecessary, time consuming and more importantly, since we don’t believe in matching algorithm, we are positively sure that it is not because two persons are active runners, love green salad, and read Hemingway that they would get along or fall in love,” Rappaport explained.

The app is focused on real-time and hyperlocation. Working within a range of 250 metres – which has led to privacy concerns – Happn has a user open the app while out and ‘liking’ or ‘charming’ someone they have crossed paths with, with profiles of passersby showing how often you have come across them in real life.

A like is secret, with the other user notified if they too are interested in and like the other person, after which they can start an in-app conversation. If a user sends a charm, however, the recipient will be notified by an in-app message that they can ignore, reject, or reciprocate.

To encourage users to actually go beyond the app and meet up in real life, Happn created the ‘See you there’ feature, which allows users to let others know they will be partaking in a particular activity – from a predefined list – that day that they wouldn’t mind company for, such as grabbing a bite, having a drink, or watching a movie.

Though Rappaport said Happn boasts 25 million users, with around 400,000 in Australia, its brand awareness pales in comparison to that of global giant Tinder. Despite this, Rappaport is confident that Happn’s brand philosophy, positioning, and product will see it grow; at the core is the idea of Happn being in the real world.

“Happn is just a duplication of real life and the app allows you to think twice – or more – about liking, responding or ignoring someone every step of the way, just like you would do in real life,” Rappaport said.

“You can keep people in your timeline as long as you wish before making a choice. Maybe one day, after realising you keep crossing paths with a certain person, you will grow curious and click the heart on their profile.”

The company will over the coming months be investing in local marketing campaigns across Sydney and Melbourne to grow these numbers.