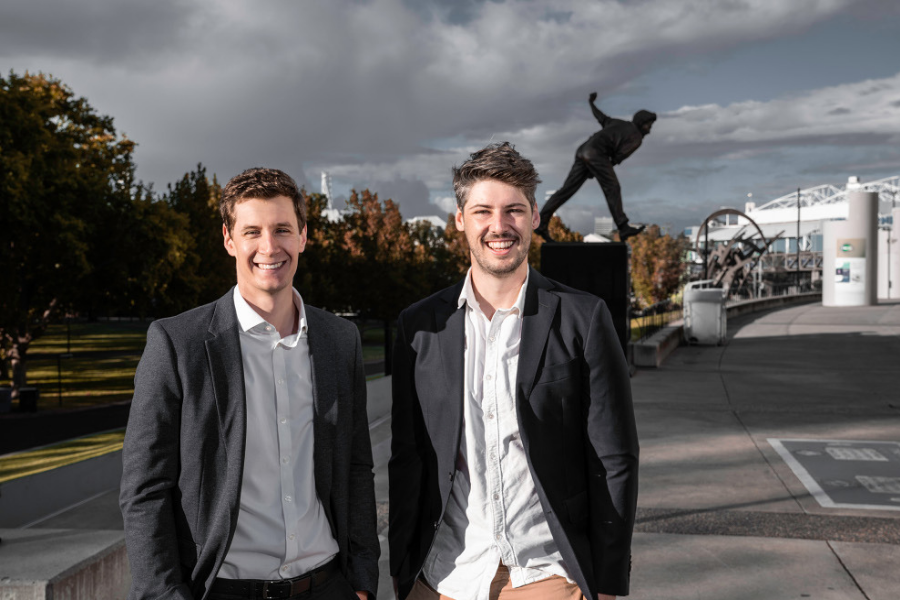 The tech powering it is a cloud-based platform that helps create animated videos using client driven data. Users can select templates and build graphics in seconds and have videos ready to go live quickly.

In this conversation we spoke to the company’s cofounder Jack Prenc.

Prenc and his cofounder Marty Olsen have collectively been working in motion design for well over a decade across creative agencies, news, broadcast production and sports design which informed the development of Datamate.

Prenc said Datamate is a client focussed platform that aims to help anyone create content instantly, at a standard that helps a team or brand represent itself strongly with an end product that has a high-end look and feel.

He added the platform suits a vertical like sport due to fans wanting to view and consume videos quickly.

When did you begin to notice that a solution such as Datamate needed to be developed?

Jack Prenc: We were already working in sport and felt there was a need for it as we started researching social media channels for AFL clubs plus cricket and rugby, and you could see that as soon as a quarter or half was over teams would post a picture with a quick tagline with information.

We thought, ‘that’s great but imagine if they could animate it.’ That’s when we started to build out our quarter-by-quarter updates and stats which then evolved into going down the automation route.

Sports clubs post a lot and there’s never enough content for them. Looking at clubs, leagues or brands there’s always content and stories that needs to be communicated whether it’s based on stats, players or updates. Then you consider the time pressures when there is a need for graphics and posts for live events.

Take the AFL, there’s so many match-day aspects. When the quarter finishes there are updates straight away. At the end of the match there’s the final score update and there’s also player stats and coach and player reactions and team line-ups can be rolled out with this platform quickly.

Animation is difficult to build and can be time consuming, so our solution is to take the time factor out of it and just allow the journalist or social media manager to create dynamic animations in seconds, have a creative play with the graphic and then build a story around that.”Video Player00:0000:12

Has your current work with KOJO or your broadcast work helped shape Datamate?

Over the years I’ve learnt to build rig and solutions that automate rolling out motion graphics at a large scale for broadcast, sports and branded content.

Marty has created broadcast packages with live graphics system Vizrt for years on various TV shows. His years of design skill and background with Vizrt directly helped us approach Datamate with a well thought out technical mindset.

Working with KOJO over the last year has helped me understand the importance of fan engagement in sport. This knowledge has directly helped shape the content we create with Datamate.

We’re working close with KOJO to integrate Datamate into its suite of fan engagement services.

KOJO works across both digital platforms and in managing game day production for a wide range of sports throughout Australia and is working with us because they see a big opportunity to service clubs with fast-paced engaging content to their fans.

Working with Collingwood as an early client, how did that relationship form?

We used them as R&D for the whole of 2018 so we could figure out how we can build the product and refine it for speed, creativity and on brand motion graphics. Over time they were creating 30 videos a week for their AFL and VFL teams.

They were able to push animated videos out for each different team and have different templates to reflect it. By the end of the season they created over 500 custom videos across Facebook, Twitter and Instagram stories.

“Before we started working with Collingwood they were using Photoshop. After every quarter, they would put data in manually, export out the file and upload it.

We knew we could build a platform where they can create a video and have it emailed to them for when it’s needed or have it straight away on their dashboard and upload it to their desired social media channels. On top of that we can quickly give them the option to render quickly for Facebook, Instagram or Twitter.

You’ve tested with an AFL club but what other sports verticals are you planning on targeting?

This could go to any sport because information happens quickly. Take cricket for example, major events happen throughout an innings and you can communicate that to fans through cool broadcast quality animations as a wicket falls or a six is hit.

Long term we want to look into making the product as simple to use as possible, to have scale so it can be cheaper for server costs and not just making it easily accessible for bigger brands and elite teams but to make accessible for local, grassroots clubs.

At the moment though we’re looking to grow the product with elite teams, leagues, broadcasts networks and brands.

Outside of sport what kind of verticals could you target, we are talking a bit further ahead?

This originally started as an idea of how we can speed up news. News is crazy now compared to a decade ago where it’s instantaneous and the speed to social media.

We’ve built map generators and assorted templates focussed on news which could help a producer who is working at 4AM when an incident has happened to give them the ability to create a video to show where it’s happened.

It could be used for emergency services to show where incidences have occurred or map out a location in a city for people to avoid. There’s huge potential with that because it’s fast and the need to get information out quickly can be vital and the platform can help that.

On top of that we’re looking at brands, especially brands who have a lot of products and they can create videos to showcase new lines, specials or features. It’s another way of creating advertisements for social media which are animated instead of something that’s static.

What does 2019 hold for Datamate? How will you grow the product’s footprint?

We’re looking at onboarding other clubs with KOJO, looking at other sports and growing out our product offering to AFL clubs. Not just sports, we’re looking at if we can have a solution that helps esports teams.

Due to the speed of content we can branch off that and move into verticals including news, brands, emergency services, events and real estate.

We’ve built a platform and we as motion designers can do what we’re best at, and that’s create. We’ve spent the past year refining the tech side of the product now we want to start focussing on boosting the animation aspects and combining that with our tech so we can have an excellent solution for the market.

As motion designers we always strive to create the highest quality animations possible.

By building Datamate, it allows us to bring our skillset and passion into a new world of content for clubs, leagues or brands that want to communicate to their audience visually in seconds.