Effective communication with its team, investors, and customers has fuelled Brosa’s growth 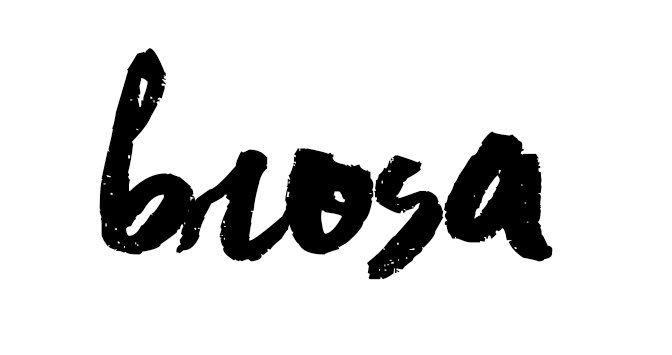 The Australian ecommerce space is flourishing, and the household furniture market in particular is set for growth, with IBIS World having forecasted revenues to grow by 15.7 percent over the last financial year to reach almost $420 million.

Among the startups perfectly positioned to take advantage of this growth is Brosa. Listed on Startup Daily’s Top 50 Australian Ecommerce Platforms list earlier this month, the Melbourne startup was founded by Ivan Lim and Richard Li in 2014 after Lim moved into a new house and, going out shopping for furniture, wondered why the mark ups were so high.

The solution was to work with global makers to create premium, designer pieces and sell them direct to consumers online, a cut-out-the-middleman model which allows the startup to sell pieces at prices up to 70 percent lower than those found in traditional retail outlets.

Two years on from launch, the startup has gone through the Melbourne Accelerator Program, raised $2 million in funding from AirTree Ventures, grown its team to 50 staff members, and announced year on year growth of more than 400 percent.

For Lim, earlier this year named in Forbes Asia’s 30 Under 30 innovators in the retail and ecommerce category, after a busy 2016 the growth of the Brosa team is what he is most proud of.

“It is a rewarding feeling to reflect on just how many people are now part of the Brosa tribe. This time last year we had about eight people, now we are sitting on 50 and constantly growing. The ability to bring together people from all walks of life – people who wouldn’t ordinarily cross paths – to share in the vision of the business is definitely something to be proud of,” he said.

Of course, hiring at such a fast rate has come with its challenges, with Lim admitting, “Fast growth is exciting but painful. You have to be able to match the growth. As you scale, previous operation processes don’t work anymore, you need to put a lot of time into working on operational discipline and focus.”

In its approach to hiring, Lim said Brosa kept in mind the bigger picture and how each new hire would benefit the company in the long run. Also key for the founders was finding Brosa’s voice, identifying and developing its values, and communicating this to staff.

“Not everyone understands the potential of an idea, so we need to build the right stories and build the right narrative so that when we are talking to suppliers, investors, staff or potential hires, we are communicating that message appropriately and effectively,” Lim explained.

Communicating this message effectively is key when hiring; though Lim said Brosa’s strong profile means garnering interest from potential hires hasn’t been a challenge, it has been difficult to get people to switch their mindset from thinking about the immediate pay-off to thinking about the long term vision and potential of the business.

To keep staff engaged, at the core of Brosa’s company culture is inclusivity; like other startups, particularly later-stage companies, Brosa staff have meals together, and come together every Friday evening to listen to one person give a talk about a topic of interest to them, whether it be sumo-wrestling or sewing.

The company has also launched an initiative called Brosa University, where different departments come in and share their expertise, from interior design trends to Google Analytics, with the rest of the team.

The focus on knowledge sharing has also been key in Brosa’s relationship with AirTree Ventures, with Lim saying that, beyond the funding itself, the team has been a “valuable sounding board” for the startup.

“We’ve learned first hand how crucial having the right investor is. I speak with a lot of founders and while some have a great board there are others who have investors who can’t add a lot of value or don’t have a deep understanding of the industry or space, which makes growing harder,” Lim said.

“Experienced investors can get everyone to take a step back and critically assess decision making to ensure you’re executing in the right way at the right time, instead of haphazardly.”

Of course, customer feedback is also crucial to any decision made. To further enhance its customer experience, Brosa has recently created and begun testing with customers a concept studio that allows customers to touch and feel the furniture.

As other ecommerce platforms have found, the personalised experience of having one on one time with a stylist and ability to see products in person is important; fashion startup Mon Purse, which allows users to design their own handbag online and in design kiosks in a number of department stores, is seeing its revenue split 50/50 between online and offline.

As it continues to test out the studio, Brosa will also be looking to scale up the number of products and categories it offers. Also on the cards is potential expansion into Asia Pacific, with Lim saying the startup has received interest from the likes of Hong Kong, Singapore, China, and New Zealand.