Cherrii intends to be the world’s largest directory of possibilities. But what exactly does that mean? 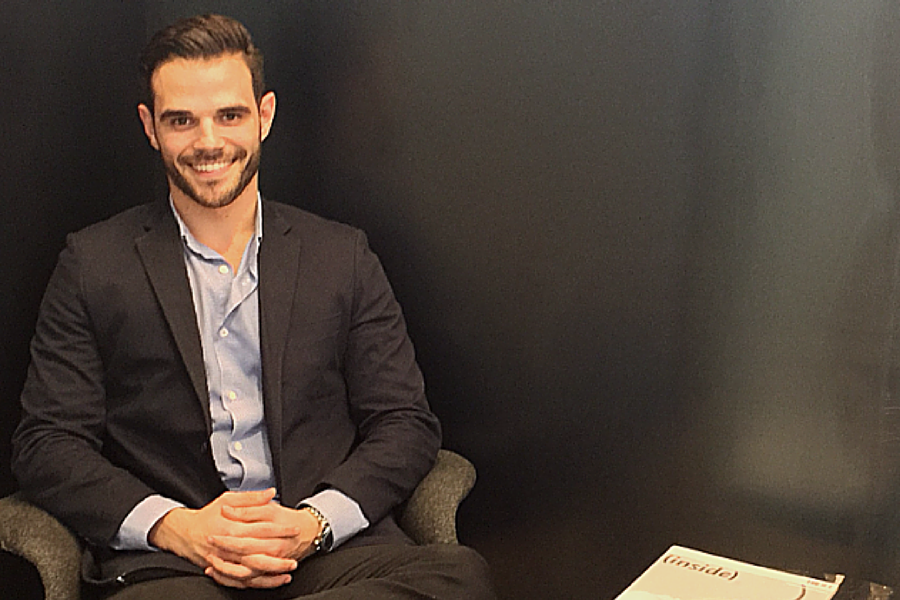 Trigger Warning: Parts of this article talk about assault and depression and may be triggering to some readers.

In May 2012, Patrick Artese was at university studying a degree in civil engineering. One weekend, he was having a night out with friends in a Kings Cross nightclub; and unbeknown to him, this night would change his life forever. One of his friends got into an argument with another partygoer in the nightclub they were at. Artese stepped in to pull his mate away to prevent the altercation developing into anything further. But the other guy struck and caught Artese unaware. He fell to the floor of the club, smashing his head on the concrete. Artese was left there, haemorrhaging and bleeding out. This event, as it so happens, was just two weeks before the tragic death of Thomas Kelly which resulted from a similar cowardly punch.

Artese woke in St Vincents Hospital. He had a haemorrhage, blood clots, he could not see, could not talk and was unable to walk. It was a long rehabilitative process to get back to full physical strength, but that did not prepare Artese for the depression that followed over the next eight months. The uncontrollable spiral of depression completely overwhelmed Artese to a point where he no longer had the will to keep living. He did however have the foresight to seek professional help for his depression, which helped him get back on track. He completed his degree and became a professional civil engineer.

Almost a year on, Artese was sitting at work one day and began to have thoughts of doing something more meaningful in his life. “I thought I’m a civil engineer, I’m kinda kicking goals and it got to the point where a lot of people get to, [where] they feel like ‘what the fuck am I doing?’ There’s got to be more to life. I sat at my desk and imagined another place where I’d rather be and what I’d rather be doing.”

Artese imagined a place where he could go online and be inspired by a community of people that are doing amazing things; and this is how the concept of his startup Cherrii began to materialise.

Cherrii has a goal to be the world’s biggest directory of possibilities, the go-to place to see what is happening across the world, be inspired by the endless possibilities and learn who to connect with in order to have these possibilities become a reality. Essentially Artese is building a content driven social platform – the content will primarily take the form of video.

“Everyone seeks inspiration and tries to find a purpose in life and this will be a community where there are all these different [groups] of people seeking their own personalised way to give themselves a purpose and seek out their own purpose,” says Artese.

It’s in this connecting that Artese plans to make revenue. In the same way that sites like Red Balloon or Adrenaline make money from selling experiences. Cherrii derives from the concept that there is a first time for everything and that is what the platform will aim to give people – first time, out of this world experiences.

So instead of buying a voucher to sky dive at Byron Bay like you would on a platform like Red Balloon, you might instead by an experience sky diving over Sydney Harbour and landing in an inflatable pool at Darling Harbour – as a radical example. The concept is similar to startup Lime and Tonic in this respect who sell out-of-this-world dining experiences that take dinner and drinks with friends to the next level.

So how exactly will the platform work for users?

Artese explains, “The mechanics are it will start off with the interest or the passion or the way you find the person. Let’s take snowboarding for example. It will start off with snowboarding and the passion you want to seek out. It will then also be able to connect you to local people in the area, who are willing to share that passion with you, businesses that can give you that kind of exposure and [tell you] secret places you can go to learn that, different tips, etc”.

On the social side of things, users can follow people’s stories that inspire them, connect with them and engage in experiences with them.

From my perspective, I fear that what Cherrii oozes in its passion to inspire others it may lack in focus when it comes to translating what the purpose of the platform is. Aside from the many features that I have described above, there were many others that Artese aims to include over time. I might be wrong but when I look back at the platforms I have covered that have gone on to acquire large user numbers and revenue, they all began with basic features and a very clear goal – sometimes less is more. Creating a directory of possibilities is actually a strong statement; I feel that a few key functionalities of such a platform would actually strengthen the purpose around why it is being created.

The platform is still currently in development and Artese is very open about the fact that he is still navigating his way through many things. I would not be surprised if we saw a slight (focus related) pivot happen as Cherrii opens for BETA testers over the coming months. Artese told Startup Daily that he has met with a number of investors to explore options. Based on what I have seen with Australian investors, a succinct, simple platform that attracts a large audience is a much more lucrative opportunity than a platform that has everything except users.