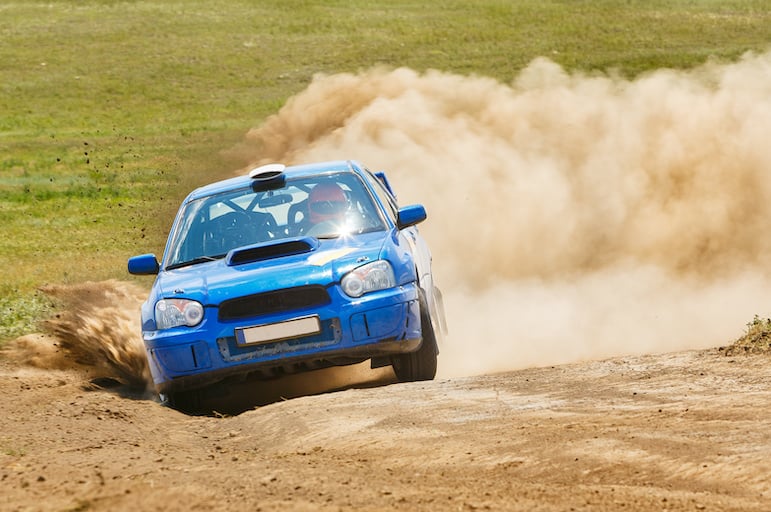 We’ve all seen it: the devastated face of a founder in the Shark Tank being told their business model isn’t viable after spending hundreds of thousands of their own money on it.

It’s always a mixture of pain and horrible, horrible clarity. They knew they should have quit, or pivoted, or reiterated a long time ago. So why didn’t they? We tend to view our startups like we view getting married or having kids: a lifelong commitment.

But really, they’re more like getting a hamster. Businesses are on a different lifespan to humans. Half go under within 5 years, and 96% are done in 10. The corporate world is a “when in Rome” situation. You have to adapt your timelines to the accelerated business lifespan, rapid cycle through MVP, launch, and failure, and start all over again with a new idea (if you’ve got the stomach for it).

A horrible amount of successful (and that’s a keyword) business leaders will give you the same hackneyed advice: never give up. What you don’t hear – perhaps because it makes for slightly less exciting journalism – are the failed founders who tell you “I gave up and it was probably the best decision. I lost money, but I could’ve lost a lot more”.

If your company is floundering, cashflow is flowing out rather than in, and you’re not gaining any traction, it’s time to make a scary decision.

Bailing is better than failing. But how do you know when to jump?

One of our greatest failings as humans is the perception that inputted time = value. That if you put a lot of energy and effort into something, to abandon it would be a waste. While you could consider a failed business a “waste” of time and money, that doesn’t mean carrying on with it is the right decision. The past can be written off. Don’t write off the value of the future time and energy that could be spent on something else.

(Also, it’s a little cliched, but a failed business endeavour is very rarely a total waste of time because of the mistakes you learn from and the people you connect with.)

It’s the terrible curse of startup founders that they have to ask for so much in the beginning. It’s the definition of a rod for your own back – you need investment funds, you make huge promises in order to secure it, and if your startup fails, the thought of telling your investors you’ve lost their money is too much to bear.

It’s easy to see why so many founders go down the road of obfuscation, misrepresentation, and even blowing through borrowed cash to pretend they’re in the black.

The reality is: investors go in prepared to lose money. They don’t want to lose money, but they are highly aware that they might. Losses will almost certainly be factored into their broader strategy. If you don’t drag things out, they will be able to move on quickly (and will respect your honesty).

There are very few one trick ponies

To start your first business, have it achieve astronomical success, and never need to start another one is unicorn-level rare. Most of the world’s fatcat founders had several failed startups under their belts before they found The One.

LinkedIn co-founder Reid Hoffman failed with SocialNet. Bezos failed with zShops, and many times at Amazon, costing the company millions of dollars more than once (Crucible, LivingSocial, Amazon Fire Phone).

The reason behind this culture of failure is that the holy grail of product-market fit (PMF, or the right product for the right people) is so hard to achieve. Most businesses never do. Many are too obsessed with the product to ask the hard questions about who actually wants it. Many neglect it in favour of being first to market (which doesn’t necessarily count for a lot).

If you don’t find PMF, it doesn’t matter how much money you pour into the business. You could be a genius mad-hatter style inventor conjuring up never-seen-before technologies, but if the market can’t be identified and the public at large don’t want it, you’ll fail.

If you can’t find PMF, pivot

You are likely to end up developing something totally unrecognisable from your original product. The Buddhist principle of practising detachment fits well here. Detach yourself from the emotions and convictions that will blind you to your product’s realistic potential.

Alternatively, there might be someone who can do it better. Passing it on could enable the idea’s potential, allow you to step out, and give someone else the opportunity.

Either you want to launch a very specific product borne out of a personal passion, and launch it your way. Or you want to succeed in business. Only a handful of founders get to do both.

Don’t take advice from the survivors

Bezos advises founders: “Whatever your goals are, don’t give up no matter how hard it gets”.

If you can sustain multi-billion dollar losses and hold a nigh-on untouchable monopoly on online commerce, it probably does apply. But small businesses clinging on no matter how hard it gets – crippling debt, unresolvable legal or IP issues, or if you’ve lost your passion – would be insanity.

If you’re capable of starting and running a business for any period of time, you are a profitable asset. Freeing yourself from a sinking ship means you can start working on something else to build back what you’ve lost.

This article might read like a manifesto for quitters. But sometimes the best thing a founder can hear is “you should quit”. Sometimes it’s that fuel on the fire, reminding us how much we want it and why we started in the first place.

Until you’ve proven to yourself that your model doesn’t work, it can be worth carrying on just to scratch that itch of knowing you gave it everything. There are many breakthroughs that have happened at the last minute, against all odds. Sometimes hamsters live a lot longer than we expect them to.

Wahid is Investment Manager at Skalata Ventures, joining the VC from one of the fastest growing scale-ups in the UK, Paddle.
He spent four years helping them scale from under 30 employees to 200, while also raising more than US$90 million.