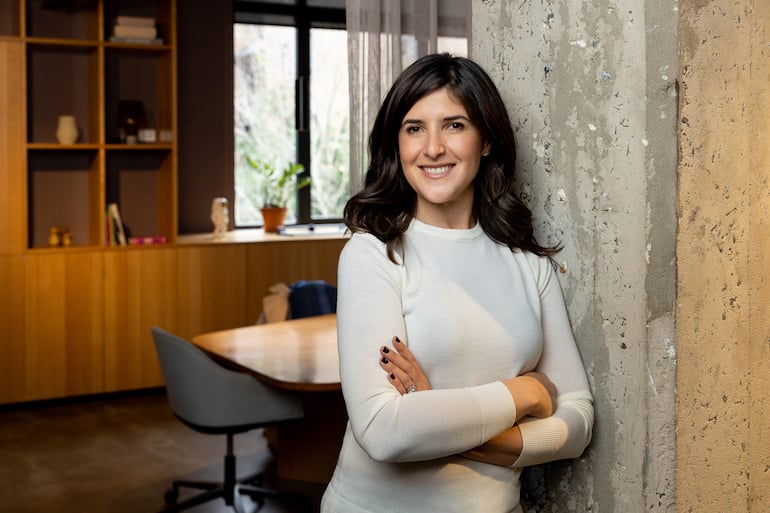 RangeMe founder Nicky Jackson is no stranger to success in the US.

In less than a decade, she’s taken her software platform from pivot idea into the world’s largest product discovery platforms with more than 250,000 suppliers and partnerships, with leading retailers like Walmart.

As well as having a major US presence,  RangeMe now operates in the UK and Europe, and Australia.

So how has Jackson achieved this in less than 10 years? Well, we asked her.

Jackson launched a skincare business aimed at helping kids with eczema, inspired by her own child’s needs, back in 2013. But she found there was a real lack of opportunity for brands to connect with retailers.

“Big retailers relied on existing relationships and outdated processes, which meant it was hard for innovative smaller brands to get a foot in the door. I realised if this was an issue for me, it must be a similar problem for other new brands who were trying to connect with retailers,” she said.

So she parked her skincare business idea, and committed to researching and developing an online platform where retailers could connect with brands and suppliers, launching RangeMe in 2014.

“It was a time when the supermarket landscape was changing – big supermarkets were keen to find new suppliers in response to consumer demands. In 2014 there was nowhere near the range of specialty products we can find in supermarkets today, so both the retailers and the brands were interested in a platform where they could connect,” she said.

RangeMe launched with major Australian supermarkets and chemist retailers that were excited to have access to a marketplace full of innovation, rather than relying on traditional methods such as tradeshows to find new products.

As RangeMe grew, Jackson sought investment to scale the business, and investors from the US were interested in the business model and invited her to visit the US and see the opportunities there firsthand.

“We saw pretty quickly there was an opportunity for RangeMe in the US market, after talking to retailers there who were also looking for a new way to connect with and evaluate new products and suppliers,” she said.

“So not only was there a need, but there was also a huge market – while in Australia we only have a few major supermarket brands, in America there were so many retailers out there – what they considered ‘small regional retailers’ were the same size as a major retailer here in Australia.”

In 2015 Jackson moved her family to San Francisco to establish the business in the US. They lived there for three years to grow the team and dominate the US market when it comes to product discovery, with RangeMe now employing more than 200 people globally.

Meetings with major retailers proved fruitful, with Target coming onboard as the RangeMe US launch partner, giving a level of prestige to the RangeMe platform, and helping open doors to other major US retailers.

“Target in the US is different to Target Australia – it has a broader product range, with a real focus on innovation, and huge beauty and grocery departments. They were a great launch partner to have, as it meant other major retailers were quickly interested,” she said.

Building profile and scaling at speed

Jackson said the right partnerships and coverage in the trade press helped RangeMe open doors in the US market.

“Make yourself known – it’s important to put yourself out there, to meet with the right partners, and to pursue PR and media opportunities which will help get your business in front of people,” she says.

And while RangeMe had built success in Australia, the US market was different, so what worked well here, was not necessarily effective there.

“Because of the size of the US market, we had to scale quickly to saturate the market,” Jackson said.

“While we didn’t have any obvious competitors when we launched RangeMe, we knew that could change quickly, and we didn’t have time to do things slowly – we had to act while we had that competitive advantage.

“In Australia we’d been onboarding 200- 300 new suppliers a month, once we expanded to the US this jumped to 4000-5000 a month and fast forward to today we onboard around  10,000 new suppliers per month. So onboarding at scale with minimal friction was essential.”

It wasn’t until they were on the ground in the US that the RangeMe team could truly understand the people and processes they needed.

“We quickly realised we needed a head of customer success to support our customer growth, and a head of growth and marketing. We also needed automation in our tools and processes, so that we could onboard suppliers at scale,” she said.

“In Australia we had no idea about the kind of roles we might need in the US – they just weren’t common at that point in time.”

And while the US market delivered different challenges, it’s also presented huge opportunities.

“The US is generally a market which is really open to innovation and change, and that surprised us. People there are very open to new ideas and very entrepreneurial in their mindset,” Jackson said.

“It was really encouraging for us, and our decision to expand into the US quickly paid off, thanks to our innovative business approach, and to the sheer size and scale of the US retail market.”

Jackson said that for any Australian companies looking to crack the international retail market, “RangeMe is a great way to start getting your product in front of retailers”. It uses a freemium model, so you can start with a free profile, and see what opportunities are out there. You can find out more at rangeme.com.

Here are Jackson’s top 5 tips for Australian companies looking to scale in the US.

Previous article Ignition Lane’s Weekly Wrap: Venture capital is down, but a long way from out
Next article The Founder Institute is on the hunt for Australian and NZ startups for its Spring program
Via Business strategy
Tags Business Advice