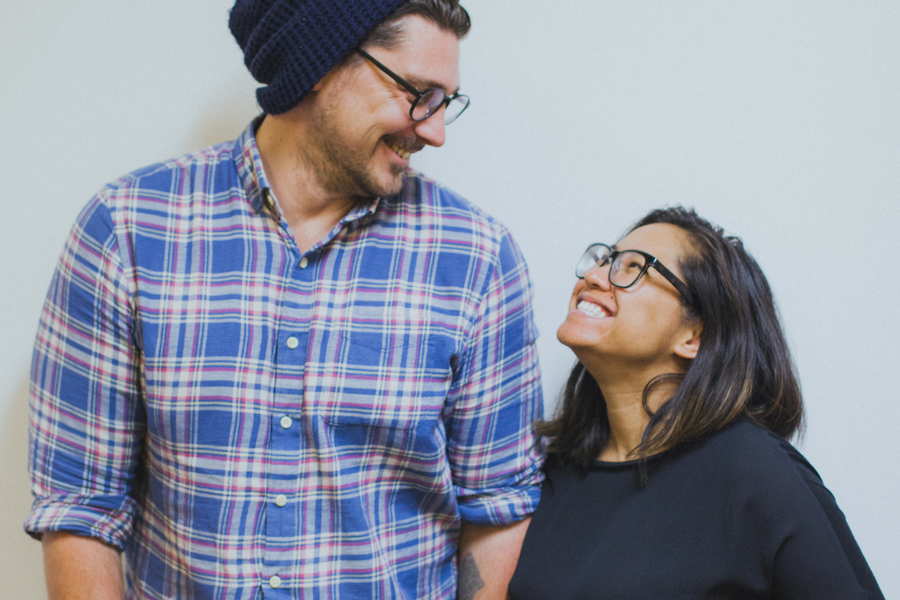 Facebook may have gotten into a bit of hot water recently over the news that it had been overestimating the average viewing time for videos on its platform, but for many, video content is still king.

As more companies look to communicate with their audience through video, even the bigger brands are finding that the costs incurred to produce high quality video can quickly add up; small businesses, meanwhile, are priced out almost as soon as they start researching.

A number of new solutions emerging in this space have been created by production professionals who have seen the problem first hand and want to expand their reach to serve those who can’t afford traditional production services. Among these professionals are husband and wife pair Sarah Mak and David Lloyd-Lewis, founders of studio The Story Boxes and new video creation app Folktale.

Perhaps most easily described as a kind of Canva for video, Mak explained Folktale is an app that “puts the power of a film director in your pocket”.

Whereas Canva essentially gives you all the tools you could possibly need to create beautiful graphics and documents, leaving you to simply drag and drop various elements and chop and change your own text, Folktale aims to help the user create great video by helping them learn about various shots and when and where to use them to tell a strong story.

Mak said she and Lloyd-Lewis saw the need for such an app through their work at The Story Boxes, where they mostly work with bigger companies that have the cash to spend on working with a professional studio.

“For the last couple of years we’ve been trying to work on a couple of business models for the studio, because we’re really frustrated. We felt there were all these market segments that could benefit from our expertise or the work we were doing, but because of the cost of running a studio, with the overheads, we were struggling to find a solution for a full segment of the market,” Mak explained.

“We felt our business model was hard to scale beyond our human capital and the hours in the day, so it really came down to a problem we were having internally as a studio first and foremost. Great stories were going untold, and we want to tell those epic and impactful stories, as filmmakers and content creators.”

A BlueChilli startup, the impetus to actually create Folktale came from participation at Collaborate, a challenge run by BlueChilli and the Queensland Chamber of Commerce and Industry (CCIQ) last year that Mak and Lloyd-Lewis were first told about by a client.

Having talked about the problem in the studio for so long, Mak said Collaborate was the first time they actually put pen to paper, and after the feedback they received at the event, decided to push on.

“We knew there was a place for what we do in the studio, so we looked at ways to even disrupt our own industry itself, because if we don’t we know someone else will, so we’re trying to disrupt ourselves and find different pockets of opportunities,” Mak said.

After several months in a closed beta, the recently released Folktale app currently has four templates for users to shoot with, with each template walking the user through each shot and what they need to film with an overlaid filter.

“Each scene has a curated composition, teaching users how to compose a shot and why you would compose a shot itself, from scenes to overlay,” Mak said. 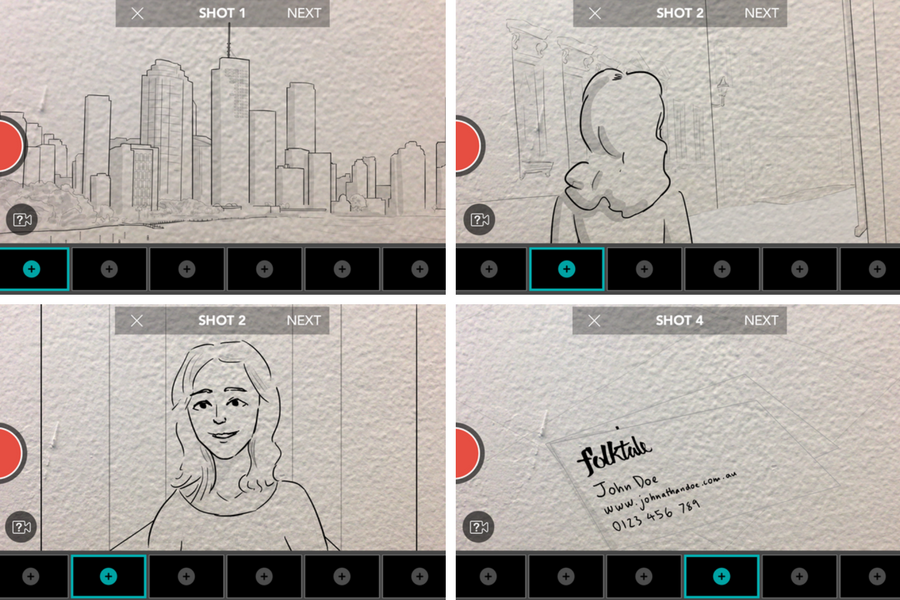 “It’s about understanding the framing and composition, the message, why we’re actually building video content. We know video is huge and it’s getting bigger, and there’s so much noise out there, everyone’s creating video, but once you have the masses creating video, you want to stick out from the noise,” Mak explained.

Through beta testing, Mak said users have been able to create minute-long pieces in 4-5 minutes, from filming to editing with filters and music through to sharing on social media.

At the moment, Folktale is looking to target the two million-strong small business sector, which is crying out for easy solutions to help them stand out online. Through its validation process, Mak said the startup found the real estate, fitness, and automotive industries in particular have a need for video content.

However, the bigger brands Mak and Lloyd-Lewis have worked with through The Story Boxes may also have a need for Folktale, perhaps as a white label solution.

“Those global brands don’t want to spend all that money on video content but they still have a brand message they really want to communicate,” Mak said.

Also looking to solve this problem for the bigger brands is Sydney startup Shootsta. Launched last year, Shoosta essentially a production company that works by distributing easy to use camera kits to clients, providing some training, and then letting them shoot. The clients then upload the footage to Shootsta via an online hub and provide a project brief, and Shootsta’s editors then turn it around within 24 hours.

Like Folktale, Shootsta was founded out of a traditional studio, with founders Mike Pritchett and Tim Moylan seeing that the costs of production were becoming prohibitive for many clients.

Bringing up the Canva link, Mak said that in its current MVP stage, Folktale is keen to have everything filmed and curated by the users themselves in order to facilitate the creation of authentic content; the team may look into incorporating stock footage further down the line.

With the app now out in the world, Mak said the team is focused on seeking feedback from users and iterating to build the best experience possible.