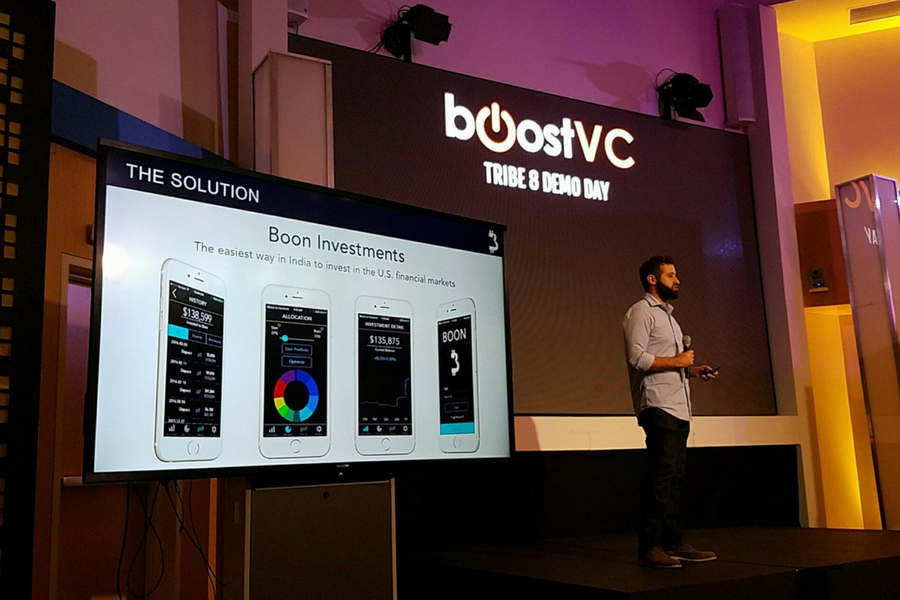 The act of investing has seemingly over the last few years becoming less Wolf of Wall Street and more like a scene from The Office, involving a room of people perched by their computers in awkward silence.

Looking to jazz up the modern investment process by automating investment advice, the last year fews have seen a rise in robo-investment platforms, with startups such as Future Penny and Stockspot entering the market.

Aiming to mirror the advice of a traditional financial advisor, these platforms churn a user’s financial data to create an investment portfolio which they can action into a real investment online.

Launched over the last few months, US platform Boon Investments is another startup working with robo-advice to facilitate investments in the US market for Australian consumers.

Targeting a global market, the platform allows users from 110 countries worldwide, including Australia, to access detailed information about where they should be putting their dollar, before allowing them to invest through the platform thereafter.

The platform was founded by US entrepreneur John Borkowski, for whom developing Boon Investments served as a way to help facilitate a tighter “world economy”, where people from anywhere, including countries with weaker local economies, could invest in the US within the correct legal frameworks.

Borkowski, who has a mixed background in philosophy, finance, and geography, felt that countries in which he’d lived were somewhat disadvantaged in their ability to efficiently “run investment markets”.

Elaborating on the point, he explained that the nature of some local economies meant that generating a return from investing was significantly more difficult to do than in the stronger markets such as Australia and the US.

“What we want to do is offer that ability for passive returns for people in other countries. Even for places like Australia that don’t have the economic or inflation issues that places like Argentina have, however, US investments are still a good alternative investment vehicle to include in your portfolio. So that’s what we’re trying to offer.”

Beginning development in 2015, the startup created a simple iOS application and robo-advice algorithm to facilitate investment, with Borkowski’s background as a chartered financial analyst helping play a part.

Furthering this product on a global scale, however, wouldn’t be a straightforward road, as the business would go on to see the need for more developed technologies and partnerships involved in moving forward.

“You realise how much technologies are involved in this type of business and how many people you have to partner with. So we‘ve been working to get the right partnerships in place and integrating with the correct companies to offer this type of product,” Borkowski said.

“So to be able to offer it to non-US clients with small account sizes, it’s difficult to find a broker dealer in a clearing house that will work with you. You also have to make it so people can transfer money efficiently, so keeping that cost down is something we’re working really hard on.”

Now available on both iOS and Android, the platform’s robo-advice algorithm takes a user’s financial information to generate a risk profile, which is then used to create an investment portfolio “optimised” to this risk profile.

Investment advice is currently only available for the US stock market, with the currencies from each country on the platform able to be traded with for a transaction fee.

Stake, a Sydney-based fintech startup, is another business focused on facilitating trading in the US stock market, offering Australian investors low-cost and quick access to the market through an online platform.

For Borkowski, the biggest differentiator for Boon comes with its robo-advice service, which is also able to take into account user customisation preferences, allowing investors to hand-pick companies they’d like to put their money towards.

“The traditional robo-advisor gives you a single portfolio to invest in, say five to 10 assets, then based on your risk profile, they toggle the allocations of those assets. What we do differently is let the user pick specific companies they want to include in their portfolio, then try and optimise a portfolio based on the choices, so we built the algorithm around that,” explained Borkowski.

Looking to be a cheaper option than a traditional investment advisor, the platform charges a fee of 0.4 percent of a user’s total deposited investment amount annually.

Simply put, if an investor deposits $1000 dollars with Boon within the year, the startup will charge $4. However, there are a couple of other “small fees with transactions” involved, as well a cost involved around a compulsory background check to grant a user the ability to invest in the US.

Taking aboard user feedback, Borkowski said the startup will continue to build upon its existing features, and look to become, in the long run, a “country agnostic” robo-advice investment platform.