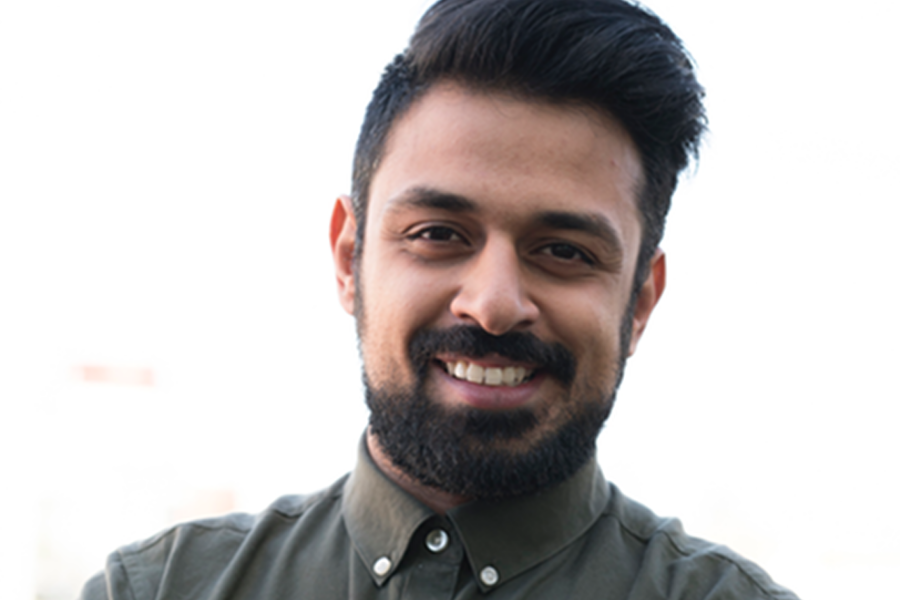 The company helps clients build microsites and widgets to allow fast fan and sponsor activations. The advantage is they can respond to client changes, needs and new ideas quicker than an agency, or even internally.

The National Basketball League (NBL) and AFL clubs Western Bulldogs and Collingwood are clients who are using Benchvote to develop very different activations, from voting for your ideal starting five to celebrate 40 years of the NBL to picking the best 22 players for round one of an AFL season.

While Benchvote currently works with sporting clubs and rights holders, it is scalable for activations for esports organisations, broadcasters or other verticals such as live events.

We spoke to company founder Adam Mussa while he was working in the United States.

How do you identify the needs of each sporting organisation or rights holder that you have delivered an activation for?

I would say fan engagement is a bit of a three-tiered problem to solve. It could be hard to get anything over the line if we just say it’s an amazing fan engagement tool that will increase fan engagement over what you’re currently doing.

Being able to collect leads and do data capture very well is something we’re finding is a common issue, especially here in Australia. With Benchvote you can drive click-throughs to sales pages if you need to sell season tickets or merchandise. When we start talking about our conversion rates for data capture which are normally between 50 and 80 per cent thanks to our proprietary features, whereas using a SurveyMonkey form you’re looking at between one and five per cent, as soon as we talk about that a light flicks on.

In terms of sponsor integration, sometimes it’s a case where we present it to the client and they will find a sponsor for it or they’ll come to us needing to do an activation because they’ve signed it off with a client and we just need to figure out how to do it and that’s easy for us to deliver. An example is Collingwood, we got that over the line and did their entire activation for their Best and Fairest Awards in less than 24 hours, and it looked like a custom built microsite.

We’re focused on digital activations that give specific outcomes for commercial partners and teams, things like data. That’s what we’re focusing on right now but in the future there’s a lot of things we can evolve to.

I like the way the NBL used Benchvote, they added your product into their integrated campaign, boosted by cool archival content, for the league’s 40th anniversary. What did you discover about your product with that partnership?

There were a couple things. What we do really well is run the activation, so the mechanics, the nuts and bolts, the experience. What the client controls is how they drive traffic into Benchvote. That’s something the NBL do extremely well and they’re the ones I use as an example whenever we bring on a client. They did a really nice job and the results were in proportion to that. The engagement they had was phenomenal.

The second activation we did for them was giving the fans a vote for where they would like the ninth franchise to go. That had a data capture element, so a commercial purpose behind that and the results were incredible.

My background is in agency work, and I ran my own small consultancy, and Benchvote was built because what I was doing for agencies and for myself was building these microsites and activations adhoc for clients and charging them for separate scopes of work each. I always had this idea thinking it would be awesome if we could give the client the power to do it themselves.

The problem to solve was we needed to make it so easy for clients to create these activations within minutes. This will no doubt change, but can you define the current addressable market that Benchvote targets?

In Australia we don’t really have fan engagement managers whereas in the United States I’ve realised they do which has been good to learn. Their sports structures are different because they have so many more people in bigger teams with defined roles like fan engagement officer, digital brand creative. In Australia they tend to be combined into the one position.

Before I started recording you said you introduced your product to the Golden State Warriors but what other teams and organisations have you spoken to in the United States?

I’ve had conversations with soccer and ice hockey teams, and ESPN is another.

While I’m here I’m sounding out strategic partnerships and seeking out advice around capital raising.

Tell me more about what you’ve been learning about the United States on this trip as you’re looking to expand outside of Australia.

Firstly it’s organisational. The commercial structures of sports teams and media organisations is one big learning curve I’ve had. It’s just knowing who the right people to speak to before I have meetings or pitch my work to.

Then it’s at product level. When I was at the Golden State Warriors, one of the first things they said was that it was kind of similar to a competitor I’d never even heard of called Rover. A person at the Warriors asked if it was anything like Rover, and I go ‘ah, I’d never even heard of it.’ To me it didn’t look the same they were rather broad media whereas I am sports focused, but it’s a crowded space. It’s hard to know but it helps to find out whether they had tried similar products in the past.

Then it’s the nuances, you look at something like brackets which is really big in the US and something we could build upon. But you never know until you go out and talk to people.

What else have you learnt about yourself building a business that’s had growth?

If you are creating startups do it with as little risk as you can. Usually the way to do that is sell your product or idea first then figure out a way to build it. Building it is easy once you can sell it. The hardest thing for any startup is selling it and once you do that you know you’re onto something, and when you’ve sold it once you can sell it more often.

Do everything you can to get the first sale. Just prove that someone is willing to give something for your product. You can work on improving your margins, but the hardest thing is selling the first time.

And finally, what does the next 12 months look like, what’s on the roadmap?

For us the key thing right now is to nail our first US clients in the next few months. Like anywhere sports are always seasonal, MLS season is finishing but NHL and NBA seasons have just started. Hopefully getting a foothold in the USA will help open up the door for us across the continent. Then we’d like to do the same in Europe. For us it’s a case study by case study basis, being able to show that it has international appeal.

In Australia we want to maintain our growth trajectory. Rugby league is the one sport and NRL is the one league I’ve found difficult to get a foot in. The NRL and FFA have been quite difficult for us to crack at the moment. A case study in rugby league and football will be handy for us to pursue.

From there it’ll be growing the team internally. We’ll grow the team, look at raising some money and really start to expand internationally and put tent posts around the world. The last 12 months has been fantastic, and the next 12 months is going to be even better.