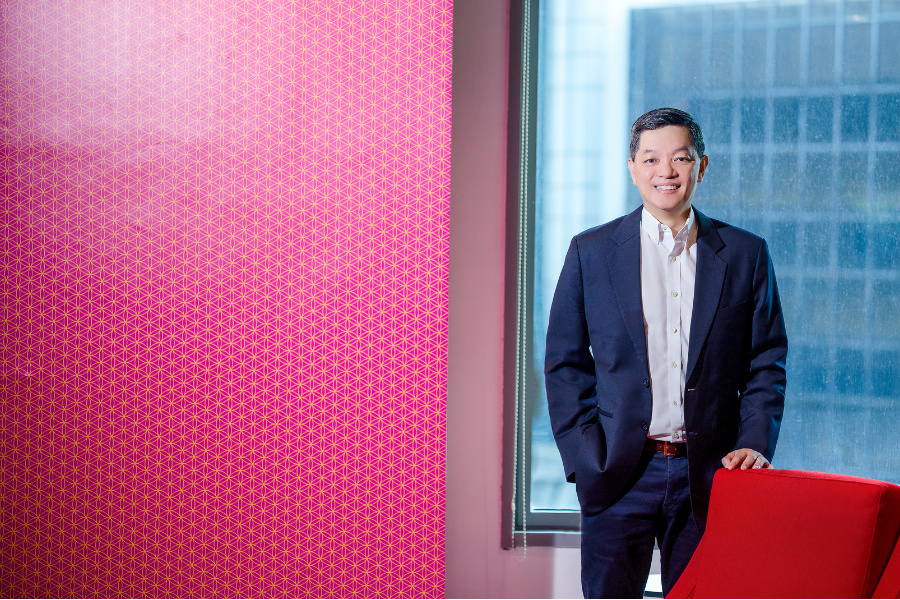 Vincent Quah’s eyes were opened to the potential of technology as a learning tool while he was teaching molecular genetics.

“Teaching something that you cannot see with your eyes, and getting students to visualise that, was very challenging. What did we have at that time? Words and textbooks, that’s all we had,” he said.

Chancing upon a simulation software, Quah presented it to his students, who were then able to understand what he had been trying to describe.

“They could see for themselves using a visual,” he said, “and that’s a very powerful medium and mechanism.”

This experience set into motion Quah’s move into technology.

His career in tech has seen him spend nine years at Microsoft, in roles including technical evangelist for the Windows Phone and APAC Academic Lead, and a year at Samsung as Regional Education Director, before in 2014 taking on the position of regional head of education, research, healthcare, and not-for-profit, APAC public sector at Amazon Web Services (AWS).

Among the key programs Quah looks after in the region is AWS EdStart, an initiative dedicated to supporting startups working in the education sector.

Open to startups addressing a specific education need, that are less than five years old and generating less than US$10 million in annual revenue, the program provides participants with mentorship, training, marketing opportunities, technical support, and AWS promotional credits.

“We know that traditional schools and institutions have a particular growth path as they’re trying to serve the needs of the community, and sometimes they do find themselves constrained in trying to innovate: they have a set curriculum, they have set timings for students to come in…these are all constraints for them to work around,” Quah said.

“That’s where we see a lot of education technologies are coming up, trying to build services and solutions that address these pain points that schools and institutions find themselves facing.”

Quah believes EdStart has three broad offerings for startups: it provides them with community by connecting them to each other as well as expert mentors, tech support, and the promotional credits.

The tech support in particular is critical for scaling startups.

“The range of services [AWS offers] is just so high that it can be a little daunting, so they need help from a technical standpoint to find the right services and the right type of capabilities they should leverage. It may sound very simple, but when you get things right at the beginning it really helps you scale and grow very rapidly,” Quah said.

“You don’t have to go back to retrofit or re-architect all over again. That’s extremely painful.”

With EdStart officially launching in Australia in June, it is already working with a number of local edtech startups.

Among them are School Bytes, which has developed an administration software platform to help schools run smoothly, and Saasyan, which has created Saasyan Assure, a reporting solution allowing schools to track what students are searching for and saying online to prevent cyber bullying and promote good digital citizenship.

With Quah speaking to Startup Daily at AWS’ recent re:Invent conference in Las Vegas, where most keynotes focused on big global businesses starting their “cloud journey”, he said programs like EdStart allow AWS to focus on startups – the kinds of companies that were not only its early adopters, but those that still make up a significant portion of its customer base.

“Startup is just one particular segment that’s very important to AWS, because at the very beginning, that’s how AWS became very attractive to developers; it’s self-service and very hands on, with a lot of cool sets of tools where they could play around and build solutions,” he said.

“Now we have the likes of Airbnb and Supercell, where you look back on all those years ago and think, who could have imagined how big they are today?”