Did this Australian startup just turn down a $7 million acquisition offer? 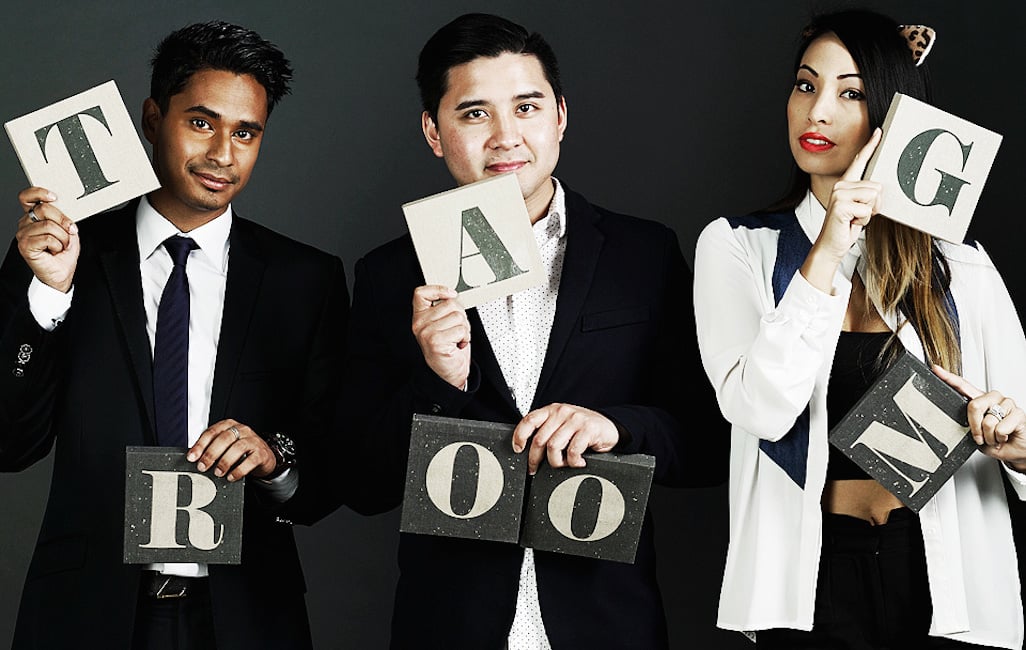 No, I am not trolling you. The founders of Tagroom.com, Niro James, Patrick Varden (Sydney) and Yasmin Walter (Perth) could be worth a couple of million each right now.

Since I first met the trio, I knew that they were onto something pretty impressive. Their venture Tagroom.com is the homegrown version of BuzzFeed or the Ashton Kutcher endorsed aPlus; and in the last couple of months, I caught wind that some acqui-hire action was potentially about to go down.

Whilst the trio have remained pretty coy about the whole situation, Startup Daily has been able to confirm that the company has actually been courted by at least three parties. Two were looking to acquire the business and integrate the site into their existing stable of media, and at least one investor wanted to inject cash and continue building Tagroom.com into Australia’s largest destination for pop culture and native advertising.

Tagroom.com currently gets over 500,000 unique visitors each month and delivers over 5 million pageviews. These numbers rivals some of News Corp’s and Fairfax’s best performing products. This is why, even at just 11 months into their venture, they are such an attractive company.

As I understand it, the first company that approached Tagroom was Spring.me – the recently ASX listed company headed up by Ari Klinger, Keith O’Brien and Colin Fabig. Startup Daily estimates, based on our conversations, that the proposed deal was worth around AUD$7 million. It would have been an acqui-hire situation that included cash, shares and incentives.

An offer from Spring.me makes perfect sense; the goal for that business is to grow its platform to 100 million users. A fast growing business like Tagroom would assist that growth, given the three co-founders are experts in ‘virality’.

Whilst James, Varden and Walter were in the middle of trying to make a decision around that deal, we can confirm that they were approached by Moko Social Media about another potential acquisition offer. But the details around this have been kept pretty under wraps.

Although the trio reached a decision in the last couple of weeks to not proceed with either offer, which the founders admit were both “very attractive”  – especially since they are such an early stage business – I don’t believe that the door is completely closed on Tagroom working in a different capacity alongside Moko Social Media; they are experts in Native Mobile Advertising and Tagroom.com is an extremely mobile-centric product. Tagroom have almost a 50/50 split between desktop and mobile users.

The thing that people would not realise at first glance is that the value behind Tagroom is unlike most content plays; it is a completely proprietary platform. Tagroom is as much a tech company as any other fast growing startup with the same amount of users like Canva. Varden leads the tech side of things in the business, and is constantly innovating to enhance the stickiness of readers when they visit.

A big part of this is making the native advertising a seamless part of the experience. They are very much in the same league as BuzzFeed when it comes to this.

James and Varden told me that, although they realise they have achieved a lot of traction – they feel like the three of them have not really given Tagroom a ‘real go’ yet – and that is part of the reason they have chosen to raise a small amount of capital and get ‘serious’ about things over the next year.

The capital (though not 100% finalised yet) will likely be coming from investor Jasveer Jessy, based in Perth, who has already listed himself as a Director of Tagroom on his LinkedIn account. Jessy is an experienced and very well-connected investor. The investment, which Startup Daily believes will likely be around AUD$100,000, is smart money.

Startup Daily has been informed that his network – especially in the US – is an influential one and includes business folk and celebrities. A Google image search reveals pictures of him hanging out with celebrities such as Ice Cube. Could an aPlus style play be in the works for Tagroom? I suppose time will tell.

The focus for Tagroom is now all about user growth and content. These kinds of MediaTech plays are in their prime right now. BuzzFeed’s recent $50 million funding round is proof of that.

Will Tagroom soon be partying with the big boys?