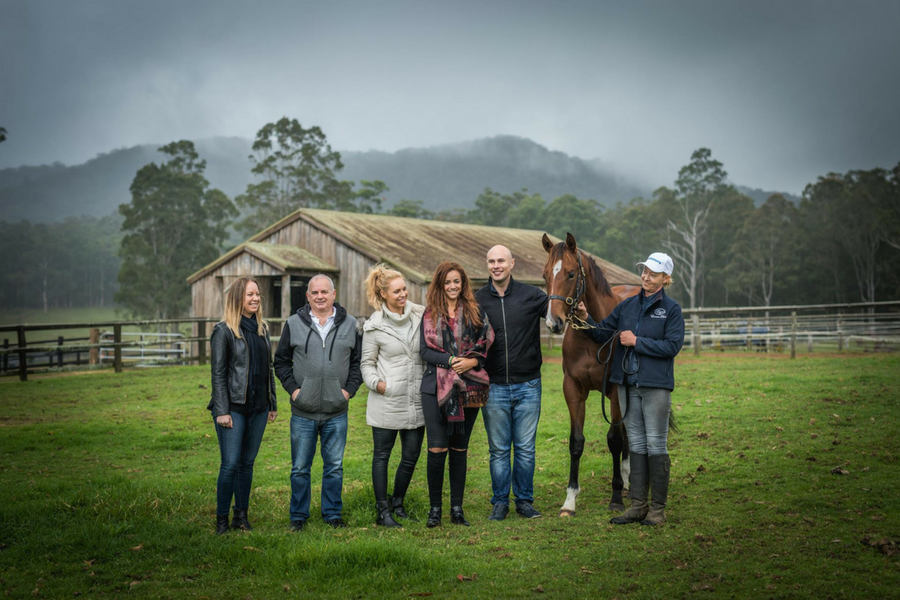 As the hype around the Melbourne Cup may have suggested, the size of the Australian horseracing industry is significant. According to Racing Australia, there are over 19,000 races run each year, with the industry seeing total returns of over $671 million in 2016-2017 across prize money, incentive scheme payouts, other returns to owners, and fees paid by owners.

However, the industry has traditionally been closed off to everyone but the more wealthy who walk among us, who are able to afford the cost of buying a horse and everything that comes with it, from hiring top trainers to a place in the best stables.

Founded by Steve Brown, CEO, and Chris Ryan, head of legal, compliance, and finance, miRunners is looking to open up access to the racing industry by allowing up to a thousand average consumers to buy into a horse.

“Racing has always been known as the sport of kings; only the wealthy and elite had access to it. miRunners now makes racing the sport of everyone without compromising the premium aspect [by] simply making racing at the highest level affordable and accessible to everyone,” Brown said.

The business addresses what Brown believes is the number one barrier to ownership of a top level racehorse – the upfront and ongoing costs – by turning the buying of a horse into what is effectively a crowdfunding campaign of sorts.

miRunners will purchase a horse at a public auction and divide ownership into a maximum of 1,000 units. The horse is then allocated to a top trainer, with the miRunners platform delivering communications to owners from trainers to keep them up to date with how the horse is doing. Each unit owner will also collect their share of prize money should the horse do well in a race.

Though the stereotypical Australia is seen as the land of the fair go, Brown saw this didn’t apply to top level ownership in horse racing, which was reserved as an exclusive experience for the wealthy.

“Quite frankly, that’s just wrong. We always thought this is an amazing experience that needs to be offered to a much broader audience than just ‘the kings’,” he said.

With a background in financial markets, where he was exposed to derivatives contracts, Brown began looking at the idea of distributing the ownership of a horse among several owners. Together with his prior experience running a tech platform in the racing world, having created miStable, a communication platform for horse trainers and owners, Brown came up with the idea for miRunners.

As for the actual creation of the platform, Brown credits a partnership with Digivizer, who he said “have been the difference between a good idea that never went anywhere and the possibility that miRunners may well revolutionise racehorse ownership”.

“Often people say, ‘what a great, simple idea’, and then when people ask me, ‘what will stop others copying what you have done?’. The obvious answer is the miStable communications technology as a key ingredient in our direct trainer to owner communications offering [as well as] the expertise and industry knowledge within our shareholder group,” Brown explained.

“First mover is a big advantage further, but in my eyes we have been helped by Digivizer and their IP, their knowledge of social and building communities, teamwork, and ability to make amazing things happen. Without these guys, I say good luck to anyone that tries to copy this model.”

According to Brown, transparency is key to the miRunners model, from the process of selecting and buying the horse – with the selections made by stakeholders in the investment group who have “proven talent” in this space – through to its training and racing.

“We don’t mark up our yearlings upon purchase. What we pay, including GST, is what our new owners then pay divided by 1,000. After the selection process has been finalised, we value the horses using our experience and bid on them in public auction. If we are successful these yearlings are then offered to the public in 1,000 units. The trainer will be matched to the individual horse, again utilising the industry experience within the group,” Brown explained.

“The buying process for the customer is quite unique. 70 percent of the purchases of our first yearling offered were done so via the mobile device. It takes about two minutes depending on how much content you wish to research and watch before you transact. It is a 100 percent digital process, with credit card payments are utilised.”

Beyond the cost of a unit, miRunners chargers owners a monthly fee of $15, which covers everything from training fees to insurance, vet expenses, and transport. If an owner buys two units in the same horse the fee of the second unit will come down to $5 per month.

So who is miRunners’ target market? Put simply, “those that appreciate experiences”, Brown said.

“We are seeing people from all walks of life, from retirees to young families who buy for their kids, couples who buy this for each other for birthdays and anniversaries, those who have always loved racing to those who have never been involved in racing. We have already seen an amazing community refer in their friends and family to join them,” Brown said.

In Brown’s mind, the growth of miRunners can contribute to the health of the wider horseracing industry, and in turn have an impact on the broader economy.

“miRunners is now positioned as an exciting nursery that may well provide critical, long term growth channels for racing in Australia. When you consider besides being a spectator sport, horse racing is also an industry, which provides full- or part-time employment for almost 250,000 people, or the equivalent of 77,000 jobs,” he said.

There are other offerings in this space, in a sense, coming in the form of syndicates; however, Brown believes the key difference here is pricing, with miRunners capping ownership at 20 units – or two percent – while this figure is where syndicates most often start.

“We think that many of our new owners will over time want to get larger and naturally gravitate to syndicators. So in reality we think syndicators will benefit from miRunners,” Brown said.

Brown also sees miRunners as giving the industry an opportunity to open itself up to a wider audience as horseracing’s popularity has decreased in recent years (though some would say this is for good reason, given the issues around the treatment of animals in the sport).

“We actually see other experiences as our competition. Racing needs to remain relevant to the younger generation and those who can’t afford to own. Ownership as an experience is truly second to no other experience that can be bought [and] demonstrating this to people is miRunners’ opportunity to compete with other experiences.”

With two horses on the platform, miRunners is aiming to sell 10 horses through 2018, creating at least 4,500 new owners.

Previous article What is the Notifiable Data Breach scheme and how will it affect your startup?
Next article Catch Group partners with Optus to launch Catch Connect mobile service
Via Advice
Tags Chris RyanCrowdfundingdigivizerEmma Lo Russoequity crowdfundinghorse racinghorseracinginnovationmistablestartupssteve brown