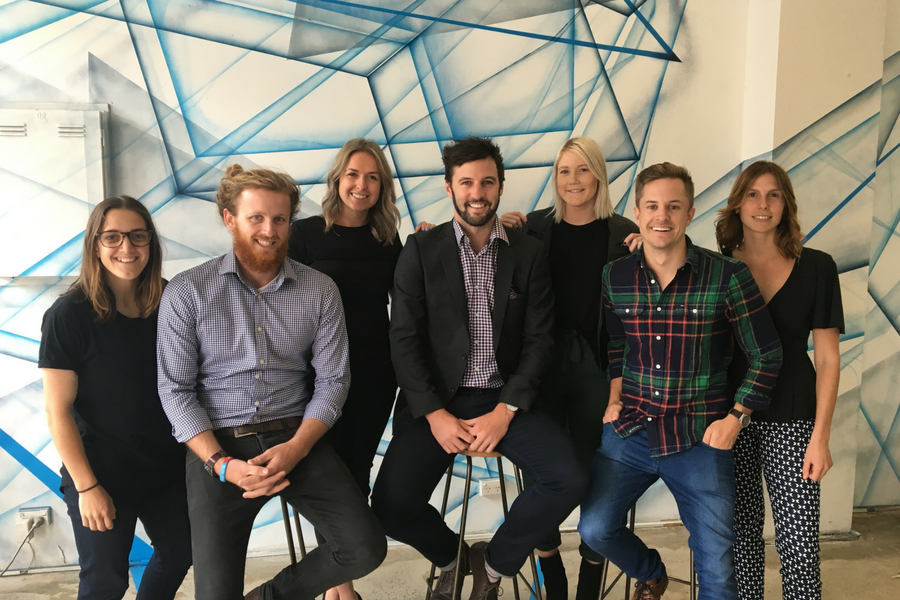 Making the plunge into San Francisco, Berlin, Shanghai, Singapore and Tel Aviv, Australia’s landing pads have branched to nearly every corner of the globe.

Helmed by Austrade, these spaces have now provided homes to dozens of Australian startups, who are able to grasp the opportunity of tapping into an international market filled with new customers, investors, mentors and strategic partners.

No stranger to this experience is the lineup of founders who have used landing pads to springboard their startups internationally, including Steve Pack and Adam Mills, cofounders of KoalaSafe, who travelled to the San Francisco landing pad as part of the first cohort last year.

Based in the Rocketspace coworking area, the startup was provided with an introduction to experienced mentors, support from an Austrade landing pad coordinator and access to networking opportunities.

KoalaSafe’s product, a childsafe wireless router that is able to set time limits, IP blocks, app blocking and analytics, would go on to find success in the US market by sealing a deal with local retailer Target.

“We have achieved a lot with the Landing Pad program,” said Pack.

“We’ve got thousands of new customers in the US…and now we’ve secured a deal with [US retailer] Target.”

Beginning its journey in 2014, the business looked to grow its product in the Australian market, moving on to participate in local accelerator program Startmate in 2015 beside a handful of other startups including Pixel Together, the business behind a drag-and-drop web creation tool. 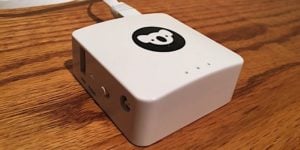 A year later and working in the “technology hub of the world”, Silicon Valley, KoalaSafe soon secured a deal with Target as well as Walmart.com and Amazon.com to help sell their product.

“Quite literally with the amount of companies, investors and entrepreneurs here, there is no better place to try and build your business,” said Pack.

While the business’s roots are in Sydney, the startup now operates out of a San Francisco and Cairns, with its wireless router product currently sold in over 250 Targets stores across the US.

Forming its own deal in the US was fellow cohort member Event Workforce Group (EWG), formerly known as Rostify. Based in Geelong, the startup offers an event staff rostering and management platform designed to help event managers with tasks including volunteer registration, timesheets and organising shifts.

The platform operates hand-in-hand with its talent marketplace, which connects clients to a pool of Australian workers – a number of whom are to tertiary institutions – to event job positions.

Over the 90 day period EWG spent in the US landing pad, the business looked for ways to expand its business model and pivot into the international market, as the startup’s cofounder, Bennett Merriman, recounts.

“Moving to a new country and validating a new market can be a big step, but it’s not as intimidating as it first seems by doing it through the Landing Pad,” he said.

Forwarding the landing pad experience, the business announced last November that it would be opening an office in the US after signing on spearhead clients including the 2018 Super Bowl, the City of Minneapolis and the Aspen Ski World Cup.

Under the Super Bowl deal, the EWG platform will be used to organise approximately 30,000 volunteers, the largest workforce number in the history of the globally recognised event.

According to Merriman, the time spent in the landing pad played a big role in helping the startup reach towards it new client base.

“Having the Landing Pad base and that network in place is a powerful thing,” he said.

“The biggest positive was the opportunity to arrive into a new country with a support network already in place. Without the Landing Pad, we possibly may have delayed moving
international as quickly as we had.”

Also moving on to secure a number of US clients was Melbourne startup and landing pad member OpenCities. Through a cloud-based platform, OpenCities helps local governments better engage and deliver online services, as well as requests, to residents.

Taking an interest in the platform was the City of Miami, Orlando, Grand Rapids and Michigan – all who are now OpenCities clients. 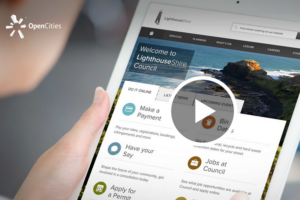 OpenCities offers a set of templates and publishing tools

According to founder Alex Gelbak, who kicked the business off in 2015, when securing clients in the US it was “absolutely critical” to have a local base, particularly when the target customers were government.

Later the business was able to secure a strategic partnership with Microsoft, forwarding the objective of helping deliver better services to US cities.

While Gelback focused his sights on government, cohort member Tristan Alexander was biting down on an entirely different market – fitness.

Alexander founded GymSales in 2013, a business development software for gyms to map and manage their sales strategy.

Prior to travelling to the landing pad, Alexander had over 300 Australian fitness clubs using the platform and was looking for a way to tap into the US fitness market, which is home to over 45,000 clubs.

“I came…for a head start in building networks within the Bay Area. For me, that’s mentors, investors, advisers and other startup founders that I can reach out to in the future,” said Alexander.

Leveraging Austrade’s network, Alexander soon secured a contract supply GymSales to roughly 1,100 Snap Fitness Clubs across the US. Alongside Snap, the business also closed deals with US fitness giants including Goodlife, Gold’s Gym and YCMA.

Discovering a pathway to funding opportunities, however, would be a key focus for biotech startup Indee Labs. Founded by Ryan Pawell, the startup is working to develop a new method and device for sending therapeutically molecules into cells.

The goal of the technology, according to Pawell, is to widen the accessibility of safe, effective and affordable cell-based therapies.

After securing a Jobs for NSW Minimum Viable product grant, the startup was accepted to the San Francisco landing pad. Working within the US for some time, the business announced in July that it had secured US$1.3 million (AU$1.6 million) in angel funding, with participation from a combination of US investors including Y Combinator.

With the funding secured, Pawell said the startup is now looking to secure a partnership with large US pharmaceutical and biotech companies in order to “work with them to develop their cell therapy using our technology”.

“We…are [currently] in discussions with a number of big pharma and big biotech companies,” Pawell added.

Speaking about the landing pad program, Steve Ciobo, Minister for Trade, Tourism and Investment, acknowledged the success of the past cohorts, saying it was the government’s aim to help drive the growth of the future businesses.

“The Turnbull Government is directly supporting startups in five of the world’s innovation hotspots because we know that entrepreneurship and innovation will be major drivers of job creation and growth in the future,” he said.

Looking to next year, the government has said that it has opened its doors for expressions of interests to travel to one of the five landing pads.