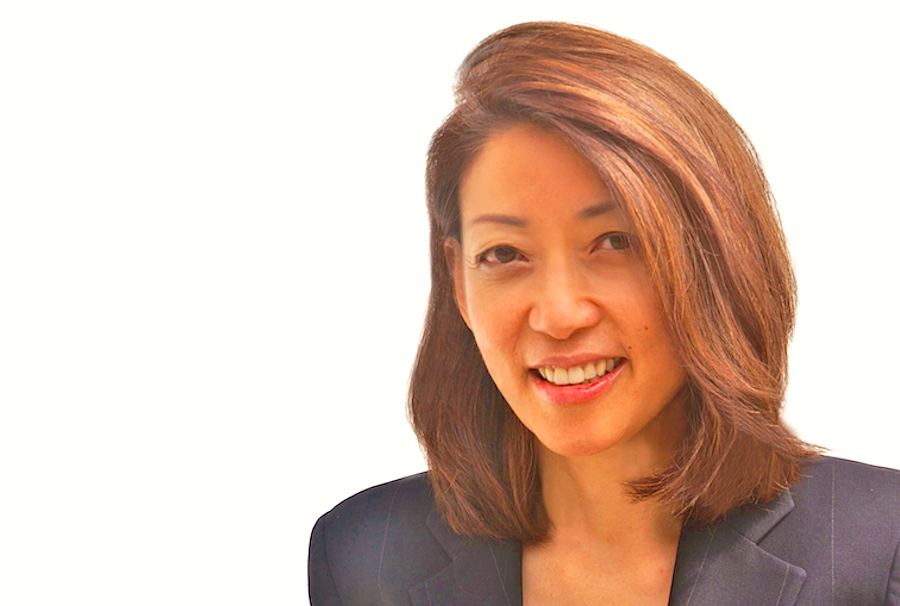 With three technology startups in her credits, Singapore-based entrepreneur Rosaline Koo is the centre of a rags-to-riches story. And it all begins in the 1960s, the decade Martin Luther King Jr was assassinated. Growing up as the only Asian in a Los Angeles neighbourhood, Koo’s upbringing often had her subject to racial violence – unhelped by the fact that she was living in the hotbed of crime and disorder.

Riots, violent protests, drive-by shootings. Open the blinds, and that was the view outside Koo’s window. But the chaos in her environment instilled qualities in Koo that would later influence her career trajectory. Agility, fearlessness and resilience would certainly serve its purpose when she became a startup founder.

Pior to embarking on her career, Koo pursued a degree in Cybernetics at UCLA, before taking up a business degree in Columbia University. Technology, human behaviour and entrepreneurialism – Koo’s three primary interests – would eventually converge when she launched her startup ConneXionsAsia (CXA).

To date, Koo’s work history includes multinational corporates in the finance, human resources, and insurance sectors, as well as a trifecta of startups including Unified Messaging, NetCel360 (acquired by Vsource), and currently ConneXionsAsia. Her career has taken her around the globe from New York City, to Kuala Lumpur, to Singapore, and other locations in between.

The intrapreneurialism inherent in her personality is obvious when she discusses her time at business operations outsourcing startup NetCel360 back in the late 1990s. The startup was founded during the Dot-Com era by former President of Dell Asia-Pacific, Phillip E. Kelly, who Koo believes was great at raising money.

“We were told to build an e-business. That’s the only direction I got. So I built the entire infrastructure for the business and then I built the services – from business consulting and customer relationship management to financial and supply chain management services,” says Koo.

She left the company two years later, after her daughter was diagnosed with epilepsy and a learning disorder. She had to move back to Singapore from Malaysia to look after daughter. But soon, both her children hit primary school age, and Koo grew “bored” of being a stay-at-home parent while her children were away at school.

This is when she decided to pursue a 9-to-3 corporate gig; and it wasn’t long until she become a senior partner at global human resources consulting firm Mercer. Her intrapreneurial personality was recognised and valued until she was assigned to run the Asia-Pacific sector of the firm. She grew the company eight-fold, from USD$11 million over the previous 30 years to USD$88 million in annual sales within eight years.

In was during her time at Mercer that Koo spotted an opportunity to disrupt employee benefits across Asia. She explains that employers were wasting money on benefits that employees barely used.

“Every company in Asia buys accident, medical and life insurance for their employees. It’s similar to Australia, in that they have compulsory superannuation, where employees have a retirement plan set up for them. But here in Asia, employees don’t really care about their life insurance, especially if they’re young. If they’re married, the spouse usually gets coverage for their spouse … It’s kind of useless,” says Koo.

“The other issue is that healthcare inflation is rising faster than compensation. For example, in Singapore, medical inflation is causing hospital bills to rise 10 percent a year, and yet, compensation is only rising 3 to 4 percent, so salary increases are pretty low. But companies have no control over the inflation. They end up wasting money on insurances that employees don’t value.”

The solution, Koo realised, was to repurpose that pot of money (typically around $1,500) that employers allocate per employee, into wellness programmes and disease prevention. And despite proposing the solution repeatedly for eight consecutive years, Mercer wasn’t willing to provide the funds to bring Koo’s concept to life. Passionate about the idea, and self-assured that this would transform employee benefits for the better, Koo decided to leave Mercer and build her own startup – ConneXionsAsia.

CXA offers a digital storefront where employees can select benefits that are relevant to their needs – be it a gym membership, psychotherapy, smoking cessation classes, Diabetes management, childcare services, etc.

Rather than bearing the burden of medical inflation, employers simply allocate a budget for every employee and the rest is up to the employee to choose. Not only does this help control the company’s spending, it encourages healthier living, while increasing efficiency and productivity in the workplace.

“We make it really easy for you to tailor your benefits to you, and your life stage. And there is no extra cost for the employer. They spend the same amount, except their spendings are put to good use” says Koo.

Integrated into CXA’s technology is also a “recommendations engine” so that employees can make the best choices for their health. Koo explains that employees are presented with a questionnaire about their lifestyle, developed by CXA in collaboration with the Singapore government. Based on responses, employees are presented with recommendations that would best serve their health and life.

To motivate employees to make better lifestyle choices, CXA presents a prediction of what employees will look like 20 years down the track using advanced face detection and morphing technology.

“Women are freaked out by this, because they don’t want to look like their mothers so soon. The men don’t care about how old they look, so we take a picture of their bellies and show them that they’ll look pregnant if they continue their bad habits,” says Koo.

“Then we make recommendations. For example, we may tell the employee that they need to work on weight management, stress management and better nutrition. Then we have the vendors that we recommend. Using our technology, employees can also set goals. They can download data from their wearable device, and we track their progress towards their goals, and make further recommendations along the way.”

Koo certainly has credibility when it comes to health. At 52 years of age, she jokes that she “pre-dates the dinosaurs”. But she doesn’t look a day over 40 – whether it’s due to genetics, a healthy lifestyle, a passion for what she does, or a mixture of all.

Although Koo doesn’t reveal the exact price, she admits she put in SG$5 million of her family’s savings into the company, and took a massive loan from the bank to afford the cost of the acquisition.

According to Koo, it was a worthwhile spend, because the acquisition meant that CXA was immediately able to leverage off a profitable company which has an 800-strong client base.

Koo commends Pan Group for not only its customer service, but for being innovative. She says it’s one of the most innovative insurance brokerage firms in Asia, having built a claims model that allows employees to submit claims through mere taps on a smartphone. CXA’s 15 employees along with Pan Group’s 70, makes the merged entity a force to reckon with.

Koo says she is currently in the process of raising Series A (around SG$3 million) to accommodate the company’s precedented growth.

But how exactly does CXA make money? Through commissions, according to Koo. Employers sign up to their services, buy insurance through a CXA broker, and the commissions are reinvested into the company.

“The same way TripAdvisor is directly integrated with airlines, hotels, and travel insurers, CXA is integrated with hospitals, clinics, gyms, and health insurers. The business model is similar,” says Koo.

The customer response to CXA has been overwhelming positive. Koo says CXA has increased the usage rate of employee benefits at American Express’ Singapore arm to 75 percent (up from 30 percent). At Google Malaysia and SeaGate China, participation rates were close to 100 percent.

“Typically, people don’t show up for health screening day. They don’t really get excited about their blood test results. But when we showed them what they will look like in 10 or 20 years time, there was a lot of buzz. We colour-coded the face ageing results – red was bad, green was good. People were comparing themselves with each other,” says Koo.

“We just want people to get really excited and be proactive about their health.”

When it comes to distribution deals, CXA has already established a strategic partnership with DBS (Development Bank of Singapore) who is marketing the platform to 65,000 small-to-medium enterprises. Koo plans on establishing some major partnerships in China and Hong Kong in the upcoming months.

It’s clear that Koo’s goals are ambitious. Not only does she plan on dominating Asia’s employee benefits market, she also wants to demonstrate that the Asia-Pacific region is a serious contender on the global stage of innovation.

“I want show the US and Europe that this part of the world can come up with really innovative technology, that the Asia-Pacific region is worth investing in,” she says.

It’s easy to focus on Koo’s successes, without looking at the sacrifices behind them. Koo admits her startup has put a financial strain on the family, forcing her husband to go back to work. But she remains optimistic; she’s confident that they will gain back everything they put into the company, and then some, within five years.

Other adversities she’s faced are more cultural. Koo admits facing sexism in the banking and insurance space. Her male peers kept urging her to hire more men. They felt she was hiring “too many women” and that the workplace “wasn’t diverse enough”.

“I’m a Chinese woman. Apparently I wasn’t diverse enough,” Koo says while chuckling. “Some used to say that I emasculate men. I don’t think so. I think they came that way.”

“I needed to prove myself. I had to demonstrate that I was worthy of the job, worthy of their respect. I did this by not only working extra hard, but by bringing in enormous amounts of clients and revenue. Money counts. That was the only way I could overcome the initial three strikes.”

Does Koo ever get a moment of rest? No, and she loves it.

“In the process of putting the puzzle pieces together, I have to find a team and nurture them into a high-performance team. Then I build the technology, create a profitable business model, put structures in place to deal with [unpredictable circumstances] … All of this is fun to me.”

Despite her impressive resume, it’s clear Koo is only getting started. Her energy says it all.

Previous article WORKSHOP: Accounting Essentials and R&amp;amp;D Tax Incentives for Startups
Next article ‘If you can’t see it, you can’t be it’: Female founders crushing stereotypes
Via Advice
Tags asiaConneXionsAsiaemployee benefitsRosaline Koosingaporestartup