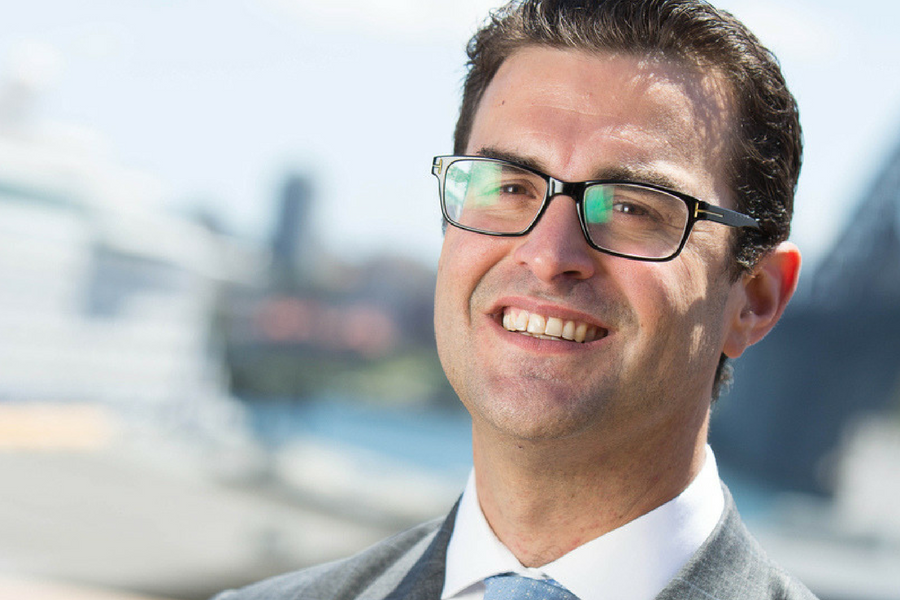 It was five years ago that Amazon Web Services (AWS) launched into the Australian market, set up infrastructure, built a team on the ground, and began engaging with local companies from startups through to those in the enterprise space.

When you reflect back to the innovation ecosystem of 2013 and then look at the ecosystem in Australia of 2018, there have in fact been some remarkable changes, as AWS Head of Startups and Venture Capital Ecosystems, Ian Gardiner highlighted yesterday at the organisation’s fifth anniversary event.

Given the unique role that AWS plays in helping emerging tech-driven companies scale and the hyper-focused marketing strategy it employed from the day it landed in the Australian ecosystem – which enabled it to gain a significant foothold within the local startup scene – the insights it has on the space reflect a pretty accurate reading of the ecosystem as a whole. 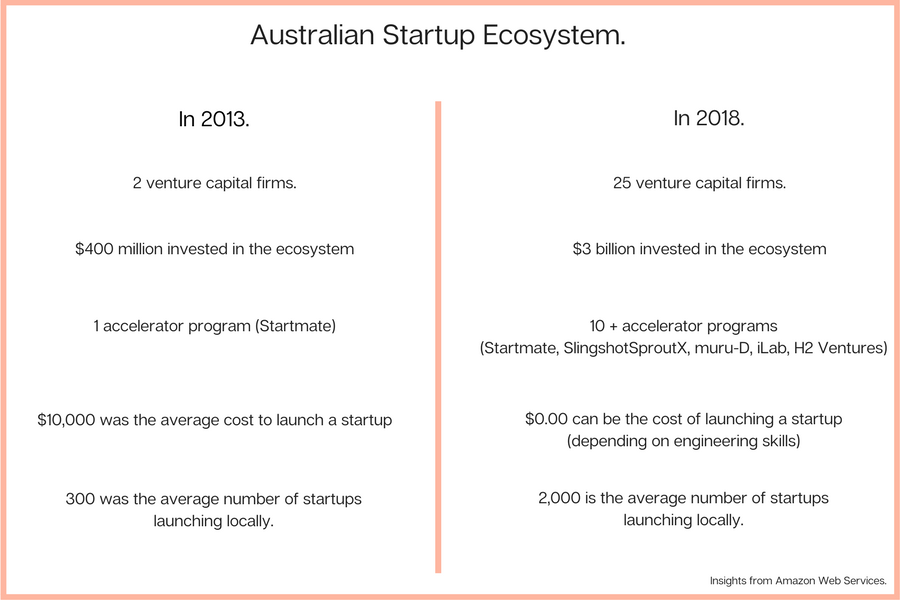 Many of the organisations that are now enterprise level customers of AWS were startups or just entering the scaleup phase of their company five years ago. Companies like Nearmap that were in their fifth year at the time AWS landed in Australia were able to scale significantly by leveraging its services.

To paint the picture clearly, in 2013 Nearmap was a startup from Perth that had just graduated out of the founder’s living room and moved its operation to Sydney. The company, which sends aeroplanes into the air to take photographs and produce maps available for access by their customers, kind of like Google Earth on steroids, had disks upon disks of data and its office was filled wall to wall with cabinets of racks before switching to the cloud with AWS.

Today the organisation regularly captures 80 percent of the Australian population, 69 percent of New Zealand, and 72 percent of the United States. Its technologies are used for everything from infrastructure and planning to assessing the extent of damages after natural disasters such as earthquakes.

Innovation and focusing on democratising the technologies that will drive the future of the business world are some of the key focuses for AWS right now, with Machine Learning and Artificial Intelligence key (and the former enabling the latter). New AWS products like Amazon Sagemaker, a service that enables data scientists and developers to build machine learning-based models into production smart applications at speed, are being used by organisations like health insurance company NIB to power its ML/AI-powered chatbot Nibby.

Sydney-based audio startup Whooshkaa is utilising Amazon Polly to customise the listening experience for its users. It leverages the application’s deep learning technology, which turns the normally synthesised sounding output of text-to-speech services into speech that sounds like a human voice, and makes it available in a variety of voices and languages. This is enabling the startup to be more than just a podcast hosting company, and rather a platform that has the power to read an end user tailored content such as the daily news from their favourite tech publication.

Perhaps the most exciting and topical application, given the recent release of Apple’s Homepod into the Australian market, is the work being undertaken by the Alexa Skills team as the Echo gains a foothold in the Australian market. Companies like Qantas, NAB and Westpac are already creating a suite of skills and features, building out the repertoire of what the product will understand as it hits Australia.

The possibilities that will exist from the use of ML/AI technologies are certainly extraordinary: it is a very likely scenario that in the not to distant future a news article such as this will be able to write itself replicating my reporting style, learning the unique nuances that appear in my storytelling, and pulling key information from press releases, social media conversations, and other information direct from the internet.