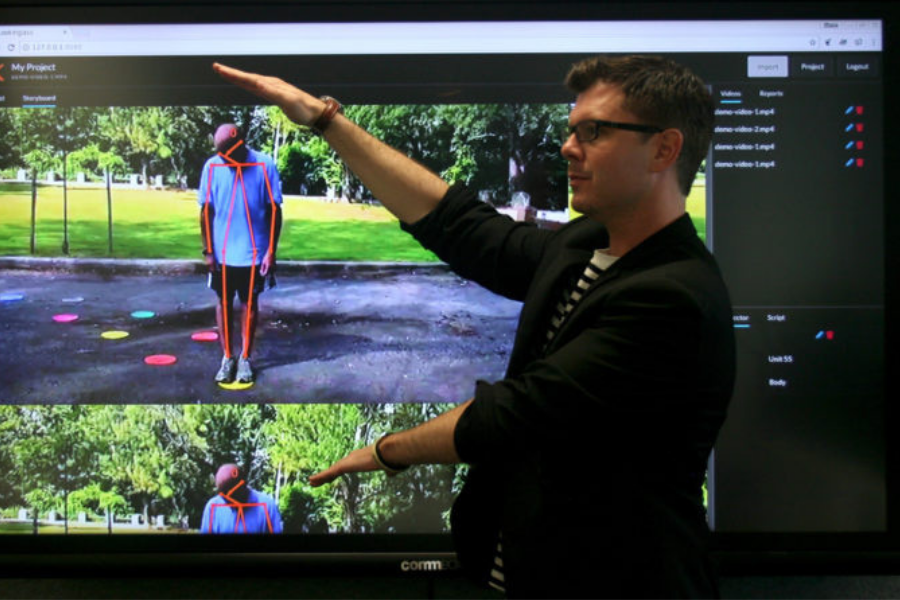 A video camera mounted above the mirror captures images of people performing everyday tasks such as brushing their teeth as well as more structured evaluation exercises.

The video is then assessed for the signs and severity of symptoms by an AI-driven computer program designed in conjunction with doctors and occupational therapists.

The program can also track the severity of symptoms over time to monitor the progress of the disease. A report is then sent to relevant health professionals.

The Lookinglass product is being developed by Simon Cullen who is based at the University of South Australia’s Innovation & Collaboration Centre in Adelaide.

Cullen said Lookinglass was designed to help keep elderly people in their own homes for longer and reduce the number of physical appointments with doctors and occupational therapists they needed to attend.

He said it was also ideal for people living in regional and remote areas who did not have easy access to clinicians.

“One of the greatest motivators I’ve found for elderly people being put into care facilities is their families are worried about them and unsure if they are OK to still be living on their own so it can push them out of their home before they need to go,” Cullen said.

“But by having this system they can get some information from the regular testing and it gives them reassurance.”

Lookinglass will feature a display that can be seen through the mirror and asks the user to complete a set of evaluation exercises based on standardised tests used by occupational therapists and doctors to test for Parkinson’s and Alzheimer’s.

The key piece of tech in the design is the computer vision system that uses AI to track movement and compares it with known Parkinson’s symptoms. The Alzheimer’s testing is mainly cognitive based but is also mapped by the program.

A “movement skeleton” of what the person does and an associated report is then accessible by family members and relevant health professionals through a web interface.

Cullen, an artificial intelligence and computing specialist, said the mirror evaluated a person in two ways.

“There’s the passive way where it just watches them going about their normal routines such as brushing their teeth or their hair and it can work out from there – especially with Parkinson’s – if there is a tremor present,” he said.

“The second way is with active games where they just have to follow a pointer on the mirror.

“There’s a 15-step evaluation that doctors and occupational therapists do to test for Alzheimer’s and that’s what I set out to do – to recreate these tests to track the progression of someone over time to reassure family members that the person is able to live by themselves and be monitored until such a time as they need full-time care.” Alzheimer’s disease is the major cause of dementia, which is the second leading cause of death in Australia.

Parkinson’s is a progressive disease of the nervous system marked by tremor, muscular rigidity, and slow, imprecise movement. As prevalence increases threefold after the age of 65, the growth rate in the number of people living with Parkinson’s is expected to increase dramatically as the Australian population ages.

Cullen aims to have an advanced prototype for the mirror ready by the end of the year, in time to take it to the Consumer Electronics Show (CES) in Las Vegas in January and SXSW in Texas in March.

A standalone platform for Parkinson’s disease has already been tested with 16 occupational therapists and at nursing homes in South Australia.

The app-based platform applies the AI program to video shot on a mobile phone and then compiles a report based on the range of movement in various joints and the presence of tremors.

Cullen plans to launch the app in late March to provide an income stream while the more complex mirror is developed.