Adelaide hospitality startup Bellr wants to get consumers back into venues 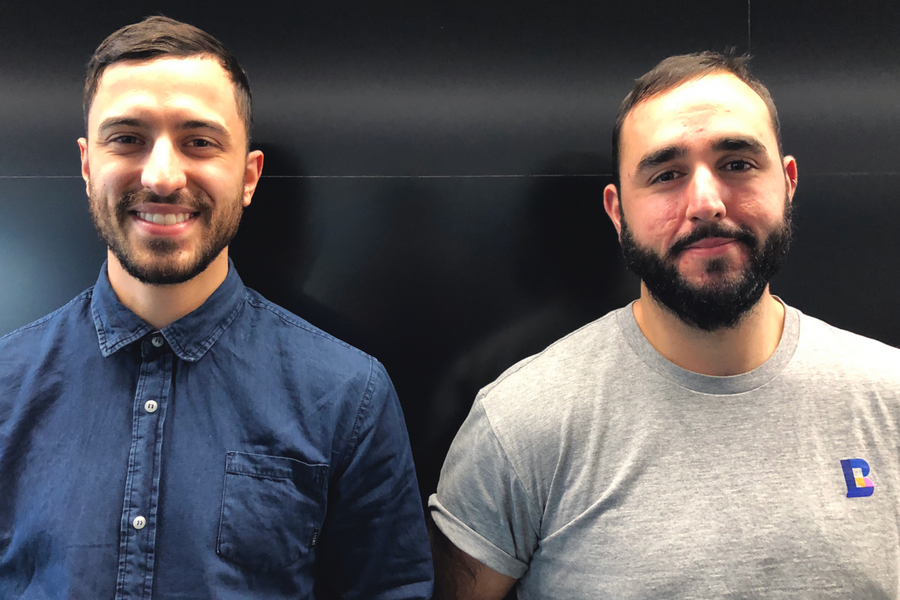 Restaurants delivery services have opened up a new world of food for many consumers that, best of all, can be enjoyed from the comfort of one’s couch.

Adelaide startup Bellr, however, believes the tide is turning for some and consumers are ready to venture outside the living room and back into venues – and it wants to help venues capture them.

The idea, Stapleton-Coory explained, came while the pair were working as bartenders in Adelaide as the food delivery craze was truly taking off. They quickly noticed a slowdown in bricks and mortar trade, and the scrambling that venues were having to do to try to keep up, from changing their pricing to adapting their menus, and reducing staff.

“All of these new channels have the stated goal of encouraging people to stay at home. On-demand delivery may be convenient for punters, but it robs venues of their margins, it cheapens their products, and fundamentally, it contributes to the decline of our culture,” Stapleton-Coory said.

“These venues are in the business of selling an atmosphere, and when no one goes out to visit them anymore, that’s death by a million cuts…we worked in cocktail bars, so the experience was paramount for us.”

So the pair began looking at what solutions were out there and determined that, from deals platforms that require venues to offer significant discounts to social media, nothing was quite hitting the spot.

In fact, Stapleton-Coory said, venues were resorting to simply writing their specials on a chalkboard and sitting it by their front door in the hopes of enticing passers-by.

“We wondered why, in 2016, venues still using such an antiquated means of reaching their audience. The answer we deduced, was the ultimate freedom and autonomy they retained over their content. It was a simple piece of advertising real estate which they had complete control over, and could use to promote their business in whatever way they wanted,” he said.

“It made sense in this respect, but it was invisible. So we set out to digitise the chalkboard, so venues could have the same freedom, but in a network with potentially endless reach.”

At its core, Bellr looks to address problems around discovery and retention. Looking at discovery, the app allows venues to promote offers at a time that suits them, with offers live for a maximum of 24 hours at a time. Venues are able to schedule promotion posts months in advance.

“It’s live, it’s ephemeral, and the content changes from day to day. In this way we hope to become the platform that people go to in order to discover what is happening right now at the various venues around them,” Stapleton-Coory explained.

A user, meanwhile, finds a relevant offer they want and purchases it through the app before presenting the claimed voucher at the venue for redemption.

Insights around a venue’s promotions are later fed back to the venue, allowing them to assess their impact and make adjustments going forward. Venues can also see maps populated with live offers, so they can see what others are doing and adjust accordingly.

To address retention, Bellr has created a white label loyalty program for venues and brands, allowing them to run invite-only rewards programs.

“In this way we are able to incentivise repeat business for specific venues and brands, on a basis that suits the client,” he said.

The business was originally launched as SHOUTback, however Stapleton-Coory said the name was often confusing for users.

“They associated the ‘shout’ concept with free drinks, which had the unintended effect of cheapening our image to some extent. We were always focused on working with quality venues, and we quickly realised that the name needed to change in order to become something that they would be proud to be associated with,” he said.

With the shift to the new name came new features, including a post-scheduling tool to allow them to schedule posts in advance. This was something the startup had originally tried to avoid, Stapleton-Coory explained, because they had assumed that venues would simply Bellr when they needed to drive foot traffic and that this, in turn, would be unpredictable.

“While this use case does apply, we head a lot of feedback from venues saying that they wanted the ability to set and forget, so we built it for them,” he said.

The loyalty features also came via demand from venues.

“This side of Bellr was not on our minds at all in the beginning. We uncovered the demand for this quite by coincidence, while we were already well into developing the MVP. Now it’s one of our most valuable features; this goes to show the value of the lean model, and iterating as you uncover new opportunities.”

The startup has gone about getting venues on board by focusing on their staff; in fact, Stapleton-Coory believes the reason why similar platforms have failed to gain traction in the past is because they haven’t gotten the support of the people who actually work in the venues, who will he said will then be advocates for the product to consumers.

“This is something we understand after having worked as bartenders for many years. Our early adopters need to be venues staff, as they will become the most effective brand ambassadors for this product,” he said.

To get them on board, Bellr is set to launch a closed loyalty program called ‘Hospo Club’, which will give them access to a map of venues within Bellr that offer discounts to hospitality staff.

“This is a time honoured tradition, whereby venues look after hospo staff by providing them with an industry discount. We are utilising the Bellr app to better organise and aggregate these networks, in order to unite the hospitality industry and encourage staff members to visit new venues more often,” Stapleton-Coory said.

To gain entry to the invite-only club, users must currently be working in hospitality, with the startup requiring that they prove this with current payslips and RSA accreditation.

The business is focusing first up on small bars without food delivery options, as they are the venues who have been left out of the food delivery market and in turn, Stapleton-Coory believes, need the help to drive foot traffic back in. These also tend to be locally-owned rather than part of large hospitality groups, making them easier for the startup to reach.

The startup is also working with brands to create loyalty programs to support activations. Using the same feature as that behind Hospo Club, the startup has created a program called VONU VIP for the beer Vonu Export; access will be given to brand ambassadors, who can get a discount on the beer at venues who stock Vonu.

“This partnership provides us with a strong commercial alliance, and also a shortcut to scale by leveraging the influence of a popular beer brand within the Australian market,” Stapleton-Coory said.

The startup also has the backing of food and beverage company Lion, having taken part in its first Lion Unleashed accelerator program last year.

The founders seem well aware of the task that lies ahead of them as they look to grow Bellr: Stapleton-Coory acknowledges the likes of everything from delivery services like Deliveroo and UberEats to eat-in platforms like EatClub are competitors, however believes Bellr also provides venues and consumers with a solid option.

“I feel like there is more room opening up in this space. Social media is no longer the most viable way to spend your marketing dollar, and venues need options to get bums back on seats. So we’re optimistic about the landscape of competition, and we feel very confident about the Bellr value proposition.”