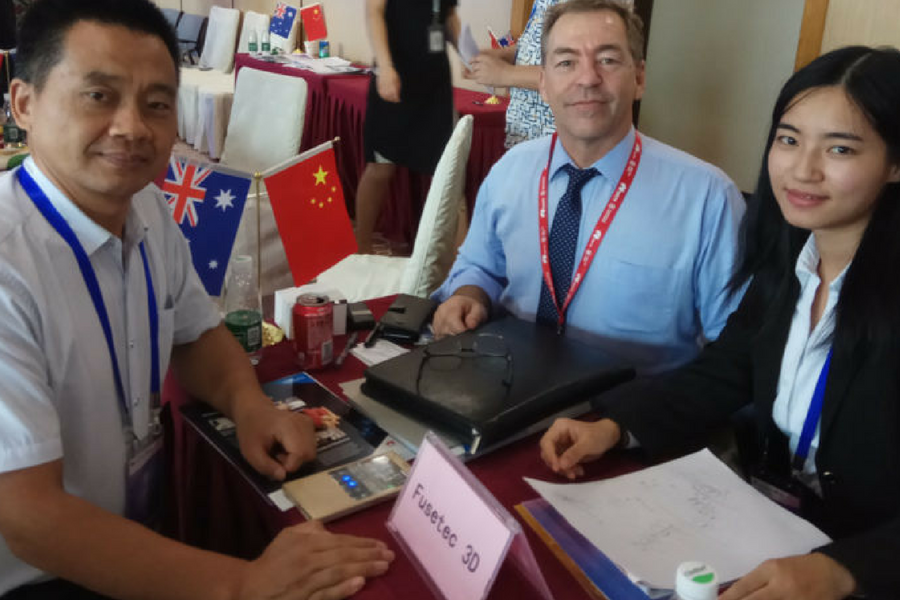 3D-printed human body parts with lifelike bone, skin and muscle densities are being developed in South Australia as teaching aids for surgical training.

The medical devices can also be designed with built-in pathogens such as tumours, bone fractures or defective hearts to allow surgeons and students to practise specific procedures.

An experienced and respected conventional printer in Australia, Mark Roe founded Fusetec 3D in Adelaide in April 2017. After spending time researching in the United States and speaking to surgeons and academics in South Australia, Roe bought a state-of-the-art 3D printer in April 2018.

Roe said that although similar technologies were being used for research and patient specific modelling at universities and medical centres in North America and Europe, his system was the only purely commercial operation of its kind in the world.

“It was hard to get momentum, nobody was really taking us seriously so I had to take a great leap of faith in what I believed would be a good commercial market and buy the equipment with the theory of build it and they will come and that’s pretty much what is happening,” he said. A human face during the 3D printing process.

“We’re starting to get a lot of demand now, most of our demand is coming from export, driven by inquiries from China and the US.

“The main benefit with this machine is we can replicate human tissue density – they can operate on it, they can sew it and they can drill the bones so it simulates a human cadaver.

“You can change density from bone-like to skin-like to muscle-like all in the same print job.”

Fusetec 3D manufactured its first commercial product in May and has so far completed a number of bespoke jobs including dental simulation units for the University of Adelaide and a replica set of four dog’s legs to help veterinary surgeons develop techniques to correct bowlegs.

The company also has Fusetec 2D, which Roe started with John Budgen in 2017 to help provide cash flow for the 3D business by printing high quality corporate, university and government documents.

Roe said the real IP in Fusetec’s manufacturing process lay within the files they generated to determine the density, colour and feel of the photopolymer base materials to achieve the life-like results.

“To make a head we are working on we broke it down into 128 different files so that means we allocated 128 different colours and densities of material textures,” he said.

“There’s no limit to the amount of files or the combinations of colours or material densities that we can use in one product, it’s just a matter of how big the file is.

“The biggest problem is the development cost and the time to develop but once we have the file we can mass produce.”

Fusetec is looking to start selling its first ‘off the shelf’ product next month and gradually build its catalogue to 10 products before beginning to sell globally. Roe said a replica torso complete with bones, muscles and organs was about six months away.

“I considered carefully what sort of market we were going to service and I initially started with the patient specific models but the commercial reality of it is we’ll end up having 10 employees building files and one printer because the files take so long to segment,” he said.

“So I decided to go for a more commercially viable model where we make one file, mass produce and sell it to the world.

“A classic example is that it takes us 8 hours to print a heart but we can print 12 hearts in 24 hours so there are certainly cost savings with scalability.

“Our goal at the moment, working with the universities, is to make a digital library of a human being with pathologies and then anything that is surgically operable we can manufacture a medical device for training.”

Body parts and sections can also be made using clear materials, allowing students and teachers to see what is happening beneath the skin surface during a procedure.

Being able to manufacture identical training devices, such as arms with exactly the same fractures to be repaired, also allows for consistency in teaching and testing, which can be a problem with cadavers. He said interest from teaching universities there had been so strong that he had since appointed a consultant and a lawyer in China to help manage demand.

“Surgical training is probably one of the last professions where there is very limited real-life training,” Roe said.

“By manufacturing these medical training devices, we’re overcoming that problem. They can actually do life-like training but on a mannequin, they can have repetitive training and they can have training with pathologies.

“Anything that can be surgically operated on we can manufacture a medical training device for.”

Previous article Roll up, roll up! Pitch an investor on the iconic Luna Park ferris wheel with TwoSpace
Next article How to protect your small business from cyber attacks
Via Advice
Tags