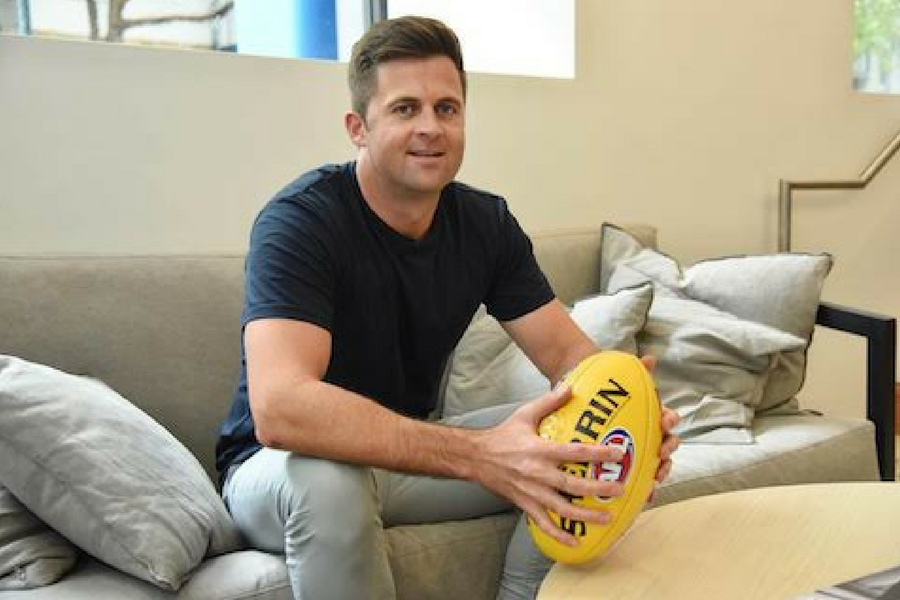 Though many sports fans may like to present themselves as being above things like celebrity gossip, the reality is that if one of their favourite athletes were to broadcast their entire life via Snapchat or their Instagram story they would lap it up.

While no athletes are exactly at that Kardashian level of broadcasting their life online, an increasing number are realising the power that social media platforms hold; rather than running the risk of a sportswriter misinterpreting what they say, an athlete can take to their own Instagram, Twitter or what have you to comment on an issue and give their take

With this, a number of platforms tailored to athletes and sports fans have sprung up to provide outlets for this content: former New York Yankee Derek Jeter launched The Players’ Tribune, which publishes first-person stories from athletes, with similar outfit The Players’ Voice then launching in Australia.

Founded by Mario Charisiou, Anthony McConville, Adrian Gleeson, and Anthony Dunlop, and headed up by former head of strategy at Fox Sports Australia, Chris Haigh as CEO, the startup has created a marketing platform of sorts dedicated to building up athletes as influencers.

“20four identified an untapped market opportunity in which the shift of consumer engagement toward short form social content is uncoordinated and poorly commercialised. In particular, the personal profiles of our favorite sports stars now carry real value, however allocation of big brand media spend in this area is massively underweight,” Haigh explained.

“As a business, we are building a media asset through the aggregation of top Australian athletes. Through scale and coordination we are creating not only an entertaining and engaging content platform, but also a framework to efficiently commercialise the personal brands of Australia’s favorite sporting stars.”

As Haigh explained it, on 20Four “content is king”, with just two types of content available: there’s the athlete-generated content that is “genuine and immediate”, and the studio-created content, often created with a brand or partner. Among the brands 20Four has worked with so far are Netflix and MJ Bale.

For fans, meanwhile, 20Four gives sports content a platform “uncluttered by the Kardashians and cat videos”, with this content bite-sized and snackable and easy to be consumed on mobile and shared out beyond the 20Four platform.

For partners, the key to the offering is simply the access to the network of athletes, with 20Four then taking care of the project from ideation to production and distribution.

20Four believes the scope here is significant: there are 7,000 elite athletes in Australia competing across the four major football codes and countless other sports.

“We like to refer to ourselves as an athlete community where athletes from different codes and niches can work with and learn from others across the sporting community they might not necessarily have interacted with without a platform like this. We support our athletes in creating content but the content is always athlete-led, giving these stars an opportunity to tell their own story,” Haigh said.

Around 200 athletes are currently on the platform, among them NRL players Billy Slater and Benji Marshall and AFL players Tex Walker and Joel Selwood.

On the other side of 20Four, Haigh puts the potential Australian audience for all the athlete-led content at more than 10 million fans.

This number is backed by Nielsen: the organisation reported 11.4 million Australians consumed sports content on their smartphone, desktop, or tablet in July 2017, an increase of six percent on the previous month. Nielsen also found men and women are being reached by online sports content in almost equal numbers.

“We’ve had over 20 million views across social media, and have reached 150,000 monthly unique browsers on our app and web,” Haigh said.

With these numbers, 20Four is now looking to list on the ASX via a reverse takeover within the coming months. Funds raised through the listing will go towards expanding the platform further in Australia, with the long term goal to replicate the model internationally, and in different verticals.

“The business has now been in market for 12 months, it’s got critical mass in terms of its many assets – those being professional athletes – and we’re post revenue, so we’re looking for expansion capital. It’s an obvious pivot point to tap a public capital market for growth capital,” Haigh said.

In preparation for the listing, 20Four has appointed former Football Federation Australian CEO, Ben Buckley to its board.

The company acknowledges the number of competitors in the space, with Haigh saying anyone making short form video content is a competitor. However, the quality of the althetes 20Four works with and the quality of the content created sets the platform apart, he believes.

“We’re not the first to enter the influencer market, but we’re not really into ads like pre-roll or clickbait. We’re more about helping athletes share their stories and develop relationships with brands and fans. We are also providing content that is entertaining and emotionally charged for fans, so we want to align with that,” Haigh said.