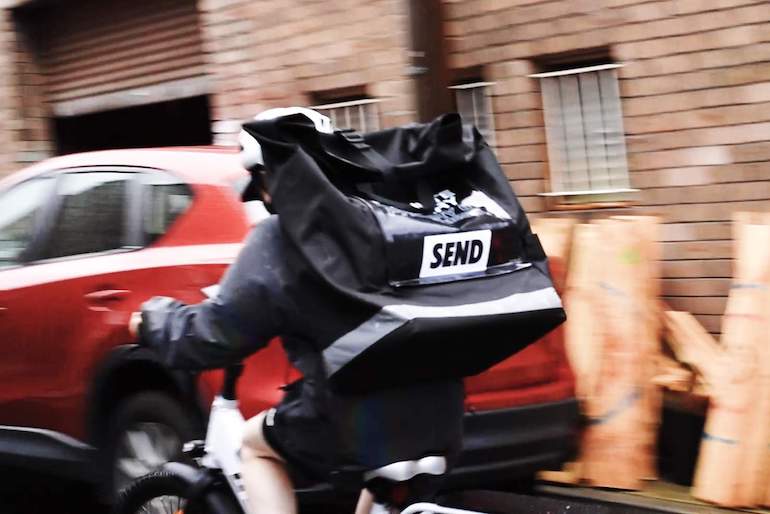 Matthew Kucianski and Matthew Jess of Worrells were appointed Voluntary Administrators of Send App Pty Ltd, on Tuesday this week.

The company has around 300 employees and 46,000 registered users, operating in more than 50 inner city suburbs across Sydney and Melbourne. It launched in September last year after closing a $3.1 million VC round backed by Germany’s Cherry Ventures and New York’s FJ Labs. Its network includes 13 sites, including several dark grocery stores in the two capitals.

Send initially promised home-delivered groceries in 15-minutes before tweaking its promise to the 10-minute deadline set by numerous rivals both locally and in the US.

Co-founder Rob Adams is a self-confessed high school dropout in his late 20s from Sydney’s Northern Beaches. He previously worked with tech companies such as Hey You and Tyro. His co-founder is Aurbind Sharma, director of an Indian software development firm.

The business was reportedly looking for a subsequent $15 million raise at a $50 million valuation.

The initial $3 million raise left the business seriously outgunned on the cash front with Milkrun banking $75 million from Tiger Global in January and Sequoia Capital India leading an $18 million Seed round into VOLY last December. UberEats and other food delivery services also moved into the space as the local startups emerged. Send employs its riders rather than using contractors.

Analysts do not expect the sector to be profitable for several years and the initial tailwind of pandemic lockdowns has now disappeared.

Administrator Matthew Kucianski said that cash burn was the problem, along with attracting ongoing capital.

“Like many tech startups, Send had a sizeable cash burn that was being deployed to grow its market share,” he said.

“Send has been successful in building a leading position in the grocery delivery space, however, as a startup it requires ongoing financial support. Send has faced some unique financing challenges given the composition of its international investors.”

Kucianski said the Worrells’ teams are now investigating the startup’s financial position as it considers the next step, as well as contacting staff about the employment status and entitlements.

Send’s management team had been exploring options of a sale, merger or takeover in the lead up to the Voluntary Administration and these discussions will be continued by the Administrators.

Creditors are invited to lodge a proof of debt at worrells.net.au.

Previous article How to handle the hardest conversation an early stage investor will ever have with a founder they backed
Next article Elon Musk claims his Neuralink brain chip could ‘cure’ tinnitus within 5 years, but here’s why it may take longer
Via ecommerce
Tags food deliveryvoluntary administration