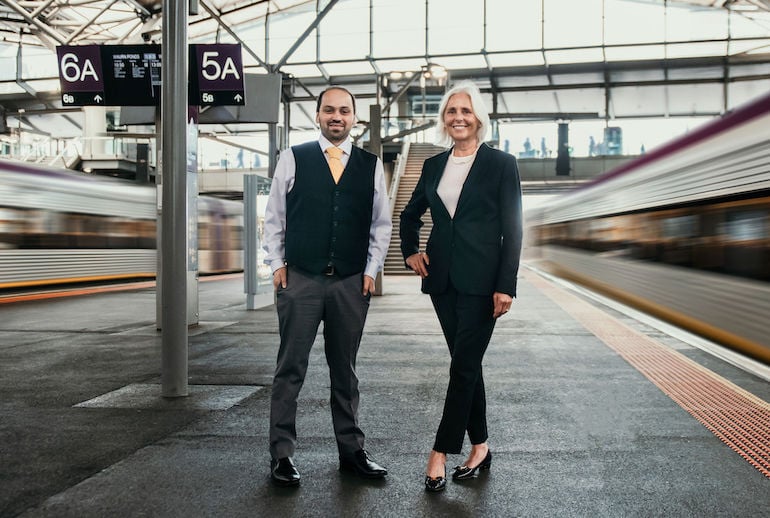 Automation technology startup Elenium Automation has banked another A$10 million as it looks to expand its biometric venue access solutions.

The round was led by Alex Waislitz’s Thorney Investment Group as a new investor, supported by existing backers NRMA and Acorn Capital.

The Melbourne-based startup previously banked $30 million 15 months ago from NRMA and $15 million in 2019.

Elenium has also secured ANZ director and former Tabcorp chair Paula Dwyer to lead its board.

Founder Aaron Hornlimann launched Elenium in 2015 with a vision to create a seamless airport experience.

With airports becoming ghost towns over the last two years, Hornlimann focussed on R&D to develop touchless technologies that to keep people safe wherever crowds gather, including entertainment, health, aged care and transport.

“With COVID-19 having such a profound impact on the world, we have a shared vision to get people moving freely again and undoing the friction and annoyance that has been caused by COVID like QR code check in and vaccine passes,” he said.

“Using the technology we developed originally for airports, we can help make our everyday life experiences seamless. This is a very important time in Elenium’s evolution, and I look forward to having strong, experienced leadership from the Board and investors through this next growth phase.”

The funds will be used to drive the manufacture and roll-out of Faceway, Elenium’s newest product. The Australian-made facial recognition technology turns your face into an access pass by simply taking a selfie. Designed initially for airports, it is now being adopted by other large-scale environments needing mobility and ticketing management, including convention centers and a major sporting code. It grants access without using your phone or QR code check-ins.

Hornlimann has placed a major emphasis on privacy in building Faceway.

Meanwhile, Paula Dwyer said she signed on as Elenium’s chair because of the company’s vision and broad applications for its technology.

“I am very excited to support Elenium as it embarks on a mass market strategy – they’re taking what they have built at scale for aviation through the VYGR products and applying it across industries,” she said.

“It’s a pivotal time for the company as the world reopens and the applications for its important technologies increase. I come from a background in highly regulated industries and one of my key objectives as Chairman will be to ensure the safe delivery of Elenium’s products – that data privacy, data management, and the ethical use of biometrics are key differentiators in our solutions.”