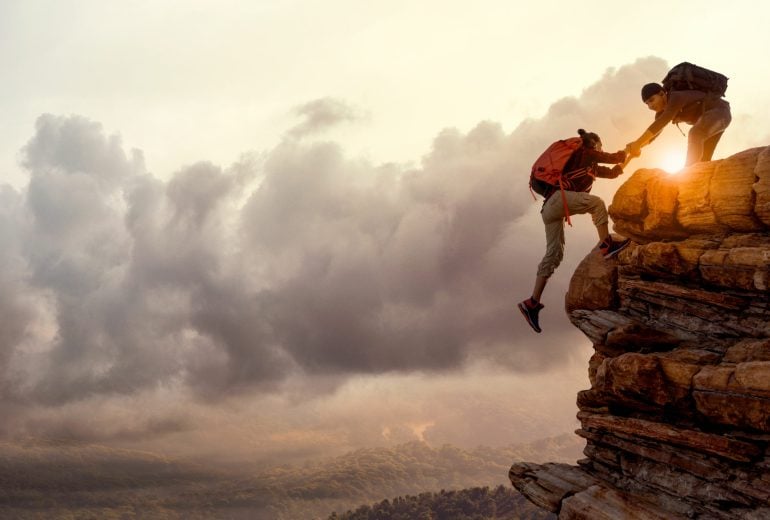 The untimely passing of a young entrepreneur raises an important question for startups and the people who support them. Dan Bradley explains.

In late November, New Zealand entrepreneur Jacob Millar was tragically found dead at the age of 26.

In his short life, he’d founded and launched two startups including Oompher, which he sold to the NZ Government, raising $4.5 million along the way.

In his short life, he interviewed hundreds of high-profile figures including ex-Prime Ministers, Virgin’s Sir Richard Branson and General Stan McChrystal – all of whom had only good things to say about Jacob’s energy, focus and drive.

But when Unfiltered, his most recent venture, stumbled, he was excoriated on social media with endless comments criticising his personal lifestyle.

He retreated to Kenya, to pursue opportunities in sub-Saharan developing economies, but was found dead last month.

All of which made me wonder, is it really safe for entrepreneurs to fail? And how might we design a process that supports those brave enough to do so?

When we ask intrapreneurs and entrepreneurs to step out of the known to disrupt a market, they must do the unexpected and take risks, to be bold, to build the new, to fail fast as the saying goes… and in doing that, well, then we should have a process to support them when they fall, so that they can rise again.

Because when they see the current treatment of those that stumble in our society, it can only give them pause for thought.

If any of my young sons were to ask if they should found a startup, raise capital and stick their heads above the parapet, I would pause – despite having founded and run a number of my own businesses, helped startups scale and delivered innovation for big brands.

Because in an age of ubiquitous social media, any mistakes they might make are magnified to such an extent that the baying of the mob who delight in cutting down ‘tall poppies’ can make it feel like there is nowhere to hide. Even in sub-Saharan Africa.

Is that really what we want? When we’re facing climate change and sustainability issues with our current economic system, surely, we need bold thinkers and risk takers to reimagine the way things are done, to create a more circular economy then put in the hard yards to bring those ideas to life? Isn’t that how we design a braver, safer, more inclusive and resilient society?

As Naomi Ballantyne, MD of Partners Life in New Zealand, put it, “For all entrepreneurs, business success is never linear, nor guaranteed, but unlike most of us, Jake’s journey was laid out publicly for all to comment on and judge. He should only be judged for being such an extraordinary light.”

When talking about Jake Millar, Perpetual Guardian founder Andrew Barnes called on businesses to embrace the “inevitability of failure on the road to success”.

So how can we go about supporting these visionaries?

When Google wanted to understand what makes the perfect team, it established Project Aristotle to explore the key dynamics of its highest-performing groups. The project found that psychological safety matters. Teams with “higher psychological safety are less likely to leave, they’re more likely to harness the power of diverse ideas from their teammates, they bring in more revenue, and they’re rated as effective twice as often by executives.”

Psychological safety. Not technology, not processes, not qualifications.

It can be defined as a shared belief that the team is safe for interpersonal risk taking. In psychologically safe teams, team members feel accepted and respected.

The father of employee engagement, William A. Kahn, highlights the importance of “being able to show and employ one’s self without fear of negative consequences of self-image, status or career”.

This feeling of safety, you might even say trust, is vital for individuals tasked with building a better future, whether for a brand, a customer or a country. They must take big risks, often career-limiting ones if they fail. They must be brave, bold and still be able to sleep at night.

They need trust in their team and the knowledge that they’ll be supported if they fail, not be fired and ostracised.

Jake Millar shows us just how important it is to make space for risk takers and, provided they’re grounded in creating real value, support them when they fail.

Because they will. They should. It’s a valuable part of our collective learnings as humans. If we ignore that we run the risk of slowing the arc of progress. Progress we really need right now.

If you’re struggling to deliver innovation, ask yourself: Do our teams feel safe? What’s our process to support them when they fail? Do we have examples of that? If not, why not? How are we learning from any experiments or failings?

All of which leads to the question: If our teams are never failing, are we trying hard enough?

* Dan Bradley is Director of AlphaLab at Principals, building brands through service design and experience innovation.