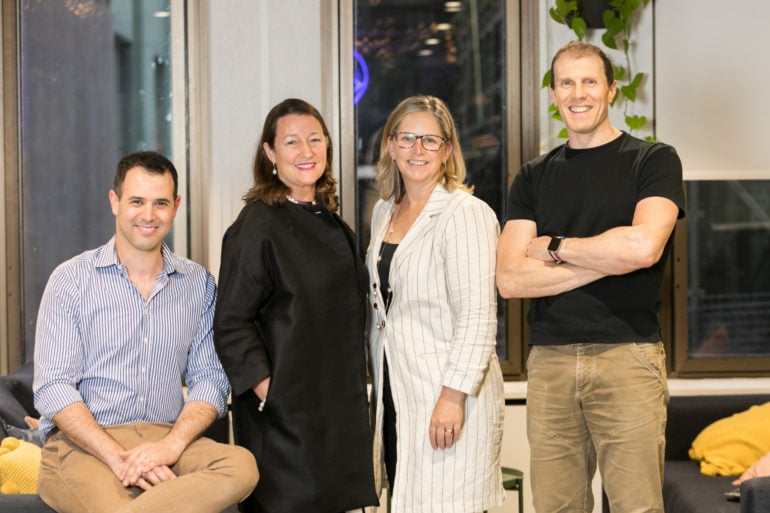 Jelix Ventures has raised a new $15 million for a new fund to back early stage startups and the Sydney VC ramps up its investment plans.

The fund has already made its first investments, including software development startup FL0, quantum computing venture Quantum Brilliance and agtech Bitwise Ag, with several more deals already in the pipeline.

The VC expects the new fund to invest in up to 20-25 startups, focused on software and deep tech, while continuing to offer co-investment opportunities, with first priority to fund investors.

Jelix founder and CEO Andrea Gardiner began investing into startups in 2015 and said the original model was to build and lead a syndicate for each investment.

“There were strong appetites to invest in early stage tech startups, but lack of deal flow and expertise to assess the opportunity and structure terms, leading to a perfect opportunity for Jelix to fill the gap,” she said.

Her husband, Ian, was the former head of startups at AWS and said he was proud of what she’d achieved building Jelix.

“She is one of the few women in Australia who has, from scratch, established a venture capital firm and raised a venture fund,” he said.

“She’s a true visionary and a great leader and I’m very excited to be joining her at a time when we believe Australian tech startups are set to surge.”

Andrea said the expertise of the new fund’s investors, many of whom are successful tech entrepreneurs, is a real point of difference for Jelix.

“We plan to build a community structure that will best leverage this asset and deliver real value for our portfolio and in turn to our investors,” she said.

“Our aim is to have a positive impact on the world while generating outstanding returns for our investors. And the journey should be a lot of fun too.”

Gardiner has also been building out her team, promoting Alon Greenspan to investment partner after three years as an investor with Jelix, working alongside CFO/COO Kym Hooper.

“It was a well earned, short path to partnership for Alon. He is truly extraordinary, a highly valued Jelix team member who plays a key role in building our business,” she said.

As one of the few women leading the way in venture capital, Gardiner said she was also pleased by the gender diversity in Jelix’s founders and investors.

“Over a third of our existing portfolio have a female founder, and over 20% of our fund investors are female. We’d love to see these numbers grow, but they are well above average for this sector and we are proud of this,” she said.

“A quarter of our portfolio founders have joined us as investors in the fund too.”

Jelix’s ESVCLP fund will be doing a further raise as part of this fund towards the end of the year.