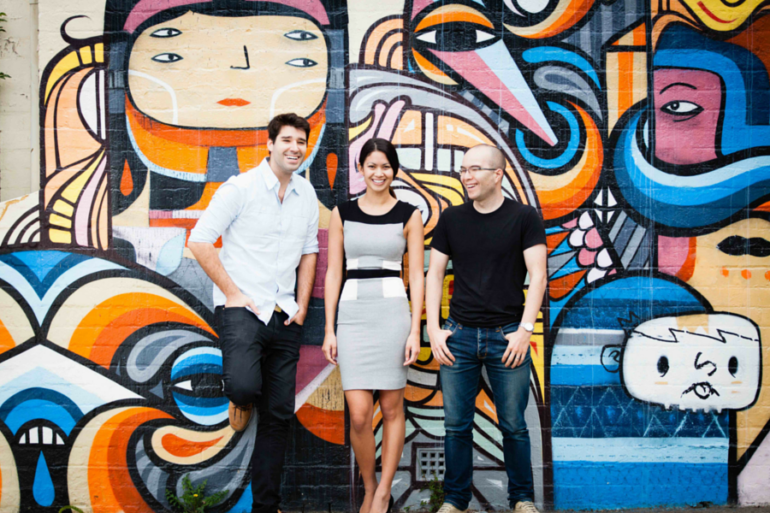 Coming in at #1 of the list of world’s top private cloud companies (after a one year hiatus), it’s the one and only Stripe.

NZ’s portainer.io was listed as a rising star.

The Technology Council of Australia launched with a bang on Wednesday. Backed by tech industry big dawgs, the new industry body and lobby group will be a force to be reckoned with.

To coincide with the launch, the Tech Council released new research from Accenture reporting that the tech industry generated $167bn of economic output in FY21, equivalent to 8.5% of GDP.

This might sound impressive (it is!) but we’re actually falling behind compared to similar economies. Even more so when it comes to commercialising deep tech out of universities.

*It’s worth noting that Australia’s numbers may be slightly lower than reality as the funding data is provided by Pitchbook, which excludes many smaller or unannounced deals.

According to our Industry and Technology Minister (who shall remain nameless), Australia’s startup ecosystem is thriving thanks to the federal government:

“The government is focused on having the right environment for Australian startups to flourish through access to finance, new markets, talent and support… There’s always more to do, but these figures suggest our investments and focus [are] paying dividends.”

But it’s not all bad. One State government agency that is thoughtfully helping the startup ecosystem is LaunchVic. This week it released a four-year plan outlining how it will take Vic’s $7b startup sector to the next level.

Here’s the strategy on a page. Its priorities are:

LaunchVic is smart with its money. It doesn’t just blindly pass out cash to startups. Nor does it try to be an expert at all things. Instead it consults the industry to hear what it needs, and then partners with lots of industry supporters who are already doing great work; amplifying their impact.

It’s this partnership approach that we need more of in government.

It’s been a big week of headlines for Aussie women in tech. As we mentioned above, the new Tech Council is headed up by two powerhouse women (not to mention Dr. Kate Cornick is at the helm of LaunchVic).

The Sydney Morning Herald crowned Adore Beauty founder Kate Morris as the ‘startup godmother’ thanks to her latest investment focus.

Elicia McDonald and Jackie Vullinghs are the first women to ever be promoted to Partner at AirTree. These superstars couldn’t be more deserving of the title, which means they can officially lead deals and vote on investments.

Elicia has been at AirTree since 2016 and has played a leading role in the VC’s investments in Regrow, Abyss, Process St, :Different and Go1. Jackie (Jax) joined in 2018 and was key in AirTree’s investments into Grow, Zoomo, Linktree, Arli and Eucalyptus. She also writes a solid newsletter.

Olivia Grivas has moved into VC as an Investor at Skip Capital, and Kiya Taylor joined Sydney VC Equity Venture Partners as Head of Platform and Community.

Rocos is being acquired by Drone Deploy. Auckland-based Rocos’ cloud platform helps robotics teams connect, deploy, and run live robotic operations at scale -something mechatronics teams often struggle with. San Francisco-based DroneDeploy is largely considered the market share leader in the drone software market. Its software is used by customers in construction, energy, agriculture and other sectors who use drones to reduce manual work and improve safety.

Latitude is acquiring Symple for $200m. Symple is a Melbourne-based personal lending fintech with a $53m loan book. It uses analytics and risk-based pricing techniques to offer fast approvals and same-day settlements. Latitude is Australia’s fourth-largest personal lender. It recently listed on the ASX (third time’s a charm). Symple will become the lending platform for all of Latitude’s $2.5bn personal and auto loans.

Crimson Education raised $23.8m led by HEAL Partners adding former Australian Prime Minister Kevin Rudd to its advisory board. Crimson Education helps students get into top universities such as Harvard and Oxford – not without controversy.

LawVu raised NZ$17m led by Insight Partners, with follow on funding from AirTree. Insight Partners MD Rachel Geller (no, she isn’t married to Ross) will join the board. LawVu has built a legal operations platform for in-house legal counsel.

Fable Food secured $6.5m, plus a partnership with Grill’d and celebrity chef Heston Blumenthal for its meat alternative product.

Zero Latency is doing a PE deal with Advent Partners. The Melbourne-based company already has 50 multi-player VR gaming owned and licensed sites across the Americas, Europe, Middle East and AsiaPac.

Zoom2u’s IPO opened on Thursday ahead of an ASX listing. Zoom2u is an Australian delivery marketplace for Same Day, Next Day and Australia wide deliveries. Perennial and Cyan are reportedly buying in. FY20 revenue was $2.2m, FY21 is expected to be $2.7m. The offer price is $0.20, giving the company an enterprise value of $25.4m – EV/FY21F revenue is 9.3x. Listing at an early stage is expensive – an estimated $1.5m of the $8m to be raised will go towards listing/IPO costs. Hopefully Zoom2u has earmarked some of that cash towards finding a more diverse board.

Want to SPAC? Matt Berriman and NY-based Tailwind and are cashed up with US$700m to hunt down a company or two to take public in the US via a SPAC.

Want to work in startups? Wellington startups are hosting a career event on Weds, showcasing CoGo, Hnry, Sharesies, Mobi2Go, Solve and Wipster. If you’re in the beautiful windy city, get amongst.

Candy cash. Mobile games are on track to surpass $120b in 2021, according to AppAnnie. More analysis here if you want to nerd out.

A fresh decacorn. Reddit has raised $410m and plans to raise up to $700m at a $10b valuation. The chat forum bizniz is booming:

In Q2, Reddit broke $100 million in advertising revenue for the first time, marking a 192% year-over-year increase for the quarter. The site now attracts 50 million daily visitors and hosts 100,000 active subreddits.

It all started with a simple idea back at @UVA… here's a video from 2004. I made a lot of mistakes, but definitely got a few things right – today Reddit's worth over $10B – and I really appreciate all the people doing their best to help it live up to its full potential pic.twitter.com/q8CNqXgIzQ

Salesforce wants to be Disney+… or LinkedIn? Salesforce is moving into streaming media with Salesforce+ (what an original name!), a video-focussed digital media network that “will bring the magic of Dreamforce to viewers across the globe with luminary speakers.” Is that what the people really want? Salesforce says yes, and it’s putting its money where its mouth is. It will hire around 50 editorial leads, plus hundreds of Salesforce people are reported to already be working on Salesforce+.

Regulators, mount up. Facebook’s social media-related acquisition days might be behind it. UK and EU Regulators are threatening to unravel Facebook’s purchase of Giphy and Kustomer.

Get vaccinated. The Web Summit, Europe’s biggest tech conference, will return as an in-person event this November. Guess we won’t be going. Meanwhile Amazon is moving production of the Lord of the Rings from NZ to the UK. NZ’s strict handling of the pandemic was reportedly a factor in its decision.

Because we had to start and end with the cloud:

when you're fired up about the cloud!!! ☁️ pic.twitter.com/lV2Qw0sOkn

Previous article This simple crystal could unlock full-scale quantum computing
Next article The Third Space: how Covid will end a return to the office for a new way of gathering
Via Business strategy
Tags contributor postIgnition Laneweekly wrap