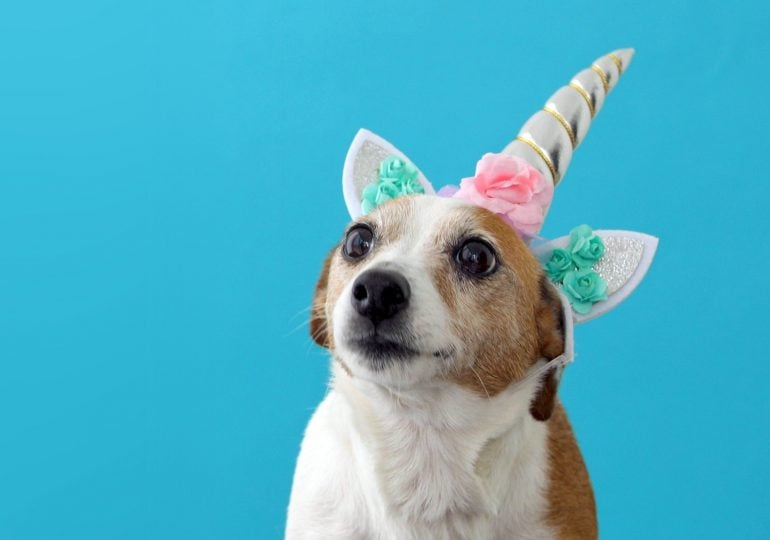 Big bill. Bill.com is acquiring Sydney-founded Invoice2go in a deal worth US$625m (A$850m). Invoice2go has a suite of tools for freelancers and small business owners to simplify their day-to-day workflow (eg manage customer relationships, send invoices, accept payments, improve cash flow). Invoice2go processes $24bn in transactions each year and is used by over 225,000 customers in more than 160 countries. The startup was bootstrapped from 2002 until 2014, when it raised US$35m from US VCs Accel and Ribbit Capital, blind-sighting a few Aussie VCs at the time.

Startups = jobs. A Startup Employment in Victoria report by dealroom.co, in collaboration with LaunchVic, found there was a 10.75% increase in startup jobs YoY between 2018 and 2020. Around 5,900 direct new local jobs were created by local startups over that period.

Bank attack. Afterpay will offer fee-free bank accounts that pay an interest rate of 1% on savings. Square launched Square Banking in the US – a checking account, savings accounts, debit cards and loans for business.

What’s in a name? ANZi wants to attract better staff and better fintechs, so it is spinning out of ANZ and being renamed to 1835i.

Regulator enemy number 1. Amazon is facing anti-competition investigations and charges around the world (the US, the UK, the EU and India to name a few) in relation to its marketplace. Now Australia’s regulator is getting in on the mix, and other local operators including Kogan, Catch, eBay and Etsy are caught in the cross-fire. The ACCC is investigating online marketplaces in relation to their pricing practices, the use of data, the T&Cs imposed on third-party sellers, and the practice of marketplaces competing with other sellers.

Protecting Te Taiao (our natural environment). Callaghan Innovation is leading a cross-government partnership to establish the NZ CleanTech Mission with the aim of helping local CleanTech startups into thriving and profitable businesses. Its recent New Zealand Climate Tech for the World Report found that NZ CleanTech has a significant lack of funding compared to similarly sized small, advanced economies – 55x less than Sweeden, 22x less than Israel, and 12x less than Ireland. Another recent review identified 300 NZ CleanTech innovators working on initiatives such as turning household plastic into environmentally friendly high-performance fenceposts, turning pine trees into replacements for oil, and developing green hydrogen from renewable sources. Lots of opportunity in agriculture and energy.

Rokt is a unicorn following a small secondary share sale. It last raised US$80m at a $450m valuation in Oct 2020. Co-founded by former Jetstar boss Bruce Buchanan, the ecommerce marketing tech company enables companies to offer complimentary products and offers for customers after their ecommerce transactions. Rokt’s multi-year CAGR is between 40-50% and revenue is forecast to hit between US$200-$210m this year. It is expected to IPO in 2023.

Go1 raised US$200m (A$271m) at a US$1bn+ valuation co-led by SoftBank’s Vision Fund 2, AirTree Ventures and Salesforce Ventures – Australia’s second largest raise behind Campaign Monitor. This is the same raise we mentioned last month, with more details provided. Go1 is a corporate learning marketplace with over 150,000 pieces of content, 1,000 publishers and creators, 3.5 million users (up 300% in the last year) and 1,600 enterprise customers.

Employment Hero raised another $140m, led by Insight Partners. Its new $800m valuation comes just four months after announcing its last round. Sydney-founded Employment Hero is an automated human resources, payroll and benefits platform for SMEs. It has localised versions of the platform in NZ, the UK, Malaysia and Singapore, with plans to extend to Indonesia, Thailand, the Philippines, Hong Kong and Vietnam. Employment Hero has 325 full-time employees working from a now permanent remote-first work model.

eBev raised $2m led by Artesian for its online B2B beverage marketplace ahead of an IPO next year. It has 65,000 products from 12,000 producers and brands on its platform.

WLTH raised $3m on its path to launching a challenger bank, starting with lending products.

ActivePort raised $3.9m in a pre-IPO round. ActivePort provides a network orchestration engine to telcos, ISPs and systems integrators. With pro-forma revenue of $14m, the Sydney-based company will list next month with an issue price of about 20¢ and a market cap of between $56-$61m.

Okendo raised US$5.3m in seed funding, led by Index Ventures. Okendo built a popular customer reviews systems for ecommerce sellers who use Shopify. The company tripled its ARR during 2020, with more than 3,500 DTC brands in the Shopify network as customers, including Netflix and Lego. Now with this funding, Okendo wants to help brands scale the quality of their first-party data and reduce their reliance on bit tech for customer acquisition and engagement.

InDebted raised $25m at a $145m valuation, led by Perennial. InDebted is a digital debt collection agency that wants to become the global consumer collections API. The company has processed more than $1 billion of debt to date. Its customers include telcos, BNPL and other non-banking fintechs. It plans to expand into the United Kingdom, Europe and south-east Asia. In February it announced a $10m raise to fund the acquisition of a US competitor, Delta Outsource.

Zed Run’s developer raised US$20m from The Chernin Group and Andreessen Horowitz for its virtual horse racing platform. The NFT platform lets users buy, sell, breed and race digital horses. US$30m+ worth of Zed horses have been sold on the platform so far. And it’s not a cheap hobby – horses range from US$130 to $45,000 each, while whole stables have sold for more than US$250,000.

HealthEngine is considering an IPO and $100m raise.

Around the world (and to the cusp of outer space)

When words won’t quite cut it. The “heart on fire” emoji took out top spot in Emojipedia’s award for the world’s most popular new emoji in 2021 (based on Twitter usage in July).

Q2: Ads, snaps & tweets. Snap’s revenue increased 116% YoY to $982m. Its growth rate has nearly tripped since early last year. Snapchat reached 293 million active users in 2Q21, an YoY increase of 23%. Twitter reported $1.19b in quarterly revenue, which is a 74% increase YoY and its highest growth since 2014. It also posted profit of $65.6m. The number of monetizable daily active users grew by 11%.

Venture-backed²… or the VC pyramid scheme?

Zoom’s big bet. Zoom is buying Five9 in a deal worth US$14.7bn, which is nearly 15% of Zoom’s total market cap. Why Five9? Zoom knows it needs to expand beyond video chat as competitive products like Teams and Google Meet improve. It also needs to secure its position with enterprises as offices reopen and face-to-face meetings resume around the world*. Zoom is betting Five9’s call centre technology and fancy automation (e.g. real-time transcription and post-call analysis) will help secure Zoom’s future. The two CEOs are both ex-Cisco – Zoom’s Eric Yuan helped build WebEx and Five9’s Rowan Trollope was an SVP in Cisco’s application division, including IoT, collaboration and contract centre products.

🤝✅ Salesforce completed its $27.7bn purchase of Slack. A good result for investors considering Slack shares began trading in June 2019 at around $38 and were hovering around $26 before rumours of Salesforces’ interest leaked. The effective sales price is around $45.50 – just shy of a 20% increase from listing to exit. However the Nasdaq is up 80% in that same period.

Ride ‘em cowboy. Jeff Bezos launched into space on his New Shepard rocket, alongside his brother, 82-year-old aviator Wally Funk and 18-year-old son of a financier, Oliver Daemen. This is the first human spaceflight for the rocket and for all four passengers. On his return a cowboy-hat wearing Bezos thanked every “Amazon employee and every Amazon customer because you guys paid for all of this,” prompting backlash from his haters. Representative Alexandria Ocasio-Cortez on Twitter:

Yes, Amazon workers did pay for this – with lower wages, union busting, a frenzied and inhumane workplace, and delivery drivers not having health insurance during a pandemic… And Amazon customers are paying for it with Amazon abusing their market power to hurt small business

Whether you love or hate the man, you’ve got to give him credit for executing his dream. In 2000 he guessed it would take about 20 years to get to space. 21 years later here we are.

Jeff Bezos, June 2000: “If I could do anything, I would like to go help explore space.” pic.twitter.com/yk7BVTHG9Q