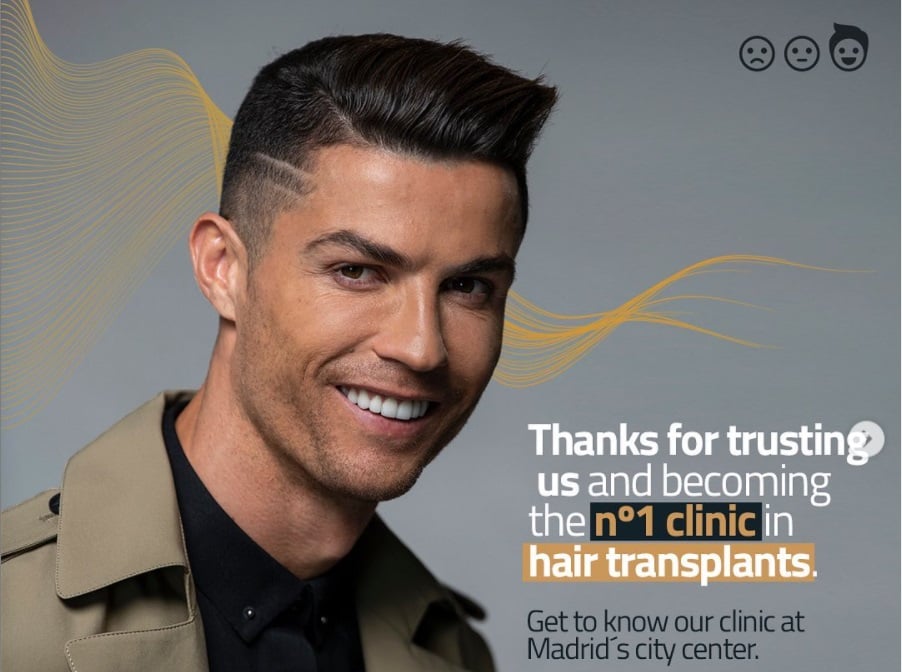 If Warnie can earn a quid spruiking hair loss solutions, why not Ronaldo. Source: @cristiano/Instagram.

UK-based social media engagement platform Hopper has released its annual Instagram Rich List for 2021, with footballer Cristiano Ronaldo the highest paid poster at an average cost of US$1.6 million (A$2.13m) for brands to access his 296 million followers.

The Portuguese footballer is just ahead of action movie star Dwayne ‘The Rock’ Johnson (who topped the 2020 Rich List) at $1.52 million ($2m).

Ronaldo became his own influencer urban myth last month when media incorrectly reported that he wiped A$5 billion from the market cap of Coca-Cola during a Euro 2020 media appearance by moving two coke bottles on the desk and saying drink “agua” (water).

The soft drink maker’s share price was already on the slide, down more than US$2bn before the Ronaldo appearance, but many saw it as a sign of the footballer’s celebrity influence.

The Real Madrid star’s sponsorship deals have made him the world’s highest paid sports star and over the years have spanned everything from Nike to KFC, a gambling site and and Egyptian steel company. His most recent Instagram sponsorships have included underwear, hair loss, nutrition brand Herbalife and a home gym brand.

Sponsored posts with the top 17 influencers and celebrities on the Hopper list cost an average more than A$1 million on the Facebook-owned platform. They include Ariana Grande, Kylie Jenner, Selena Gomez, Lionel Messi, Beyonce, Justin Bieber and Kendell Jenner

Australians make up 3% of the top 100 and US-based rapper Iggy Azelea, with 14.8 million followers, is the highest paid Aussie at US$92,900, ahead of fitness influencer and parent blogger Tammy Hembrow, with 12 million followers and a US$78,100 price tag per post.

South Australian personal trainer Kayla Itsines, co-founder of the digital startup Sweat, is at 119 on the global list at US$32,700 a post, just behind celebrity chef Gordon Ramsay (US$33.6k).

Surprisingly the Hopper list does not include Sydney Swans star Buddy Franklin, who has three times more followers and most recently, has been advertising cold remedies.

It’s hard to believe Franklin, who is in the final years of a $10 million contract with the Swans, would bother with social media ads for less than $1200 a post.

Hopper says it bases its figures internal data, agency rate cards and public information, and is now asking agents and influencers to nominate themselves for the 2022 list.

Previous article Why insurance tech is now one of the hottest startup sectors for investors
Next article Bright Sparks: 3 things you need to see this week
Via News & Analysis
Tags influencersinstagramsocial mediasponsored content