6 things to think about, aside from the ticket price, before signing up to be a space tourist 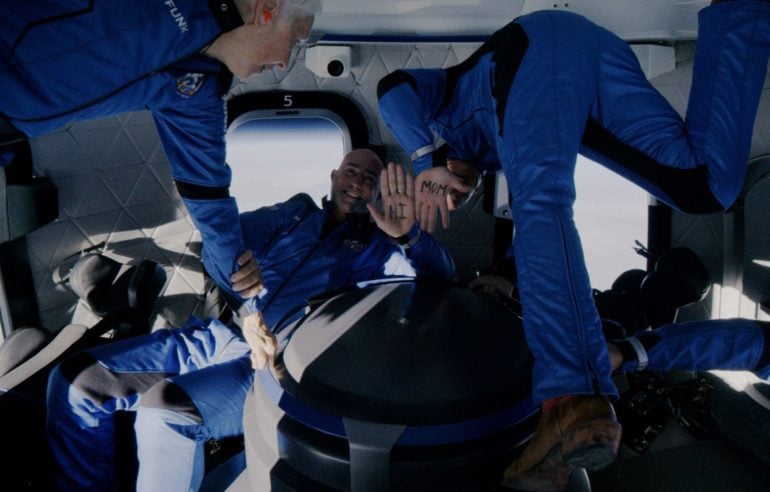 It’s been a momentous month for space-faring billionaires.

And this week, Amazon founder Jeff Bezos’ New Shepard capsule reached an altitude of 106km, carrying Bezos, his brother, and the oldest and youngest people ever to reach such a height. Passengers on both flights experienced several minutes of weightlessness and took in breathtaking views of our beautiful and fragile Earth.

Both flights created an avalanche of media coverage and brand recognition for Branson’s Virgin Galactic and Bezos’s Blue Origin.

There is renewed anticipation of a lucrative commercial space tourism industry that could eventually see thousands of paying passengers journey into space (or not quite into space, depending on your preferred level of pedantry).

Since then, almost 600 trained astronauts have gone into outer space, but very few people have become space tourists.

The first, US engineer Dennis Tito, paid a reported US$20 million to spend six days orbiting Earth in the Russian section of the International Space Station in April 2001, after three months’ training at Russia’s Star City complex. He was followed by a handful of other very wealthy “orbital tourists”, most recently Cirque de Soleil founder Guy Laliberté in 2009, whose ticket reportedly cost US$35 million.

Unlike their predecessors, Branson’s and Bezos’ flights were suborbital – they didn’t reach the velocity needed to orbit Earth. Bezos’s entire flight lasted just over 10 minutes. Suborbital flights are much less technically complex, and in theory cheaper (although one seat on the New Shepard flight was auctioned for US$28 million).

While they might quibble over billionaire bragging rights, there’s no denying that suborbital “space” flights have the potential to be less eye-wateringly expensive than going into orbital outer space and beyond.

But before you sign up – assuming you’re lucky enough to afford it – here are a few things to consider.

Where does space start, anyway?

Despite assertions to the contrary, there is no legal definition of “outer space”, and thus no official boundary where airspace ends and outer space begins. In the past, the International Aeronautical Federation has looked to the von Karman line, but this does not coincide with the boundary of any of the atmosphere’s scientifically defined layers, and the UN Committee on the Peaceful Uses of Outer Space, which deals with such issues, has not yet resolved the question.

Conveniently for Branson, 80km has been proposed by some experts as an appropriate boundary.

Outer space is undeniably influenced by Earthly geopolitics. Essentially, the larger space-faring countries see no need to legally define a boundary that would clearly demarcate the upper limits of their sovereignty.

Will you be an ‘astronaut’?

The 1967 UN Outer Space Treaty designates astronauts as “envoys of (hu)mankind in outer space”. Certainly, that seemed to be the case as the world watched the historic Apollo 11 Moon landing and prayed for a safe return of the stricken Apollo 13 capsule. However, the 1968 UN Rescue Agreement refers to “personnel of a spacecraft”, which may imply not everyone on board should be considered a fully fledged astronaut. 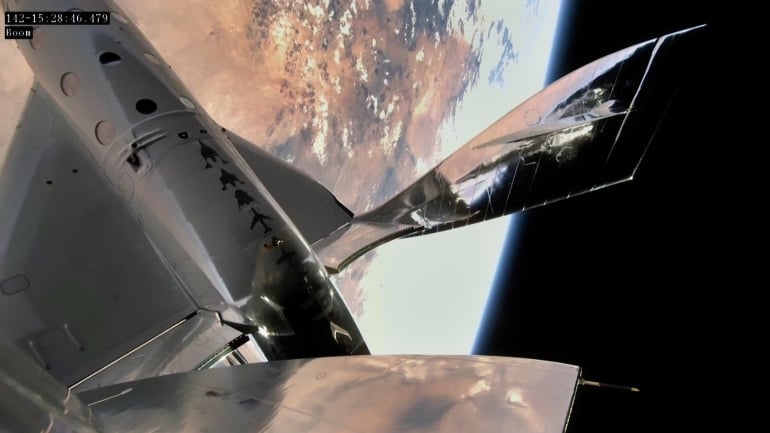 The 1986 Challenger and 2003 Columbia shuttle disasters are stark reminders of the dangers of space travel. Human space travel has always involved determining acceptable levels of risk for trained astronauts. But commercial space tourism is different to state-sponsored space programs, and will need the highest possible safety standards.

Commercial space travel will also require a system of responsibility and liability, for cases in which a space tourist suffers injury, loss or damage.

Space tourists (or their families) can’t claim for compensation under the 1972 UN Liability Convention which, in terms of space, applies only to collisions between space objects such as satellites and space debris. While there may be scope to take legal action under national laws, it is likely space tourists will be asked to sign carefully worded waivers of liability.

Read more: Want to become a space tourist? You finally can — if you have $250,000 and a will to sign your life away

The same is probably true of international air law, which applies to “aircraft” — a designation space tourism operators will understandably be keen to avoid.

Ultimately, we may need to develop a system of “aerospace law” to govern these suborbital flights as well as “transorbital” transport such as the keenly envisaged flights that might one day take passengers from Sydney to London in just a few hours.

What activities should be allowed in space?

The advent of space tourism will give rise to some interesting ethical questions. Should there be advertising billboards in space? What about casinos, or brothels? On what legal basis should these things be restricted?

How does tourism fit with the underlying philosophy of space law: that the exploration and use of outer space “shall be carried out for the benefit and in the interests of all countries”?

Will space tourism harm the environment?

Space tourism will inevitably put pressure on Earth’s environment – there are claims that space vehicles may one day become the world’s biggest source of carbon dioxide emissions. We will need to manage space traffic carefully to avoid disastrous collisions and steer clear of space debris.

If tourists go to the Moon, they may cause pollution or damage the heritage of earlier exploration, such as Neil Armstrong’s footprints.

Will tourism workers have to live in space?

If space tourism does become truly widespread, it will need infrastructure and perhaps even staff. People may end up living permanently in space settlements, perhaps having children who will be born as “space citizens”. What legal rights would someone have if they were born at a Moon base? Would they be subject to terrestrial laws, or some version of current international legal rules for outer space?

These are obviously questions for the future. But given the excitement generated by the brief journeys of a couple of wealthy entrepreneurs, we should start contemplating them now. Outer space is the new frontier, but it is not — and must not — be a lawless one.