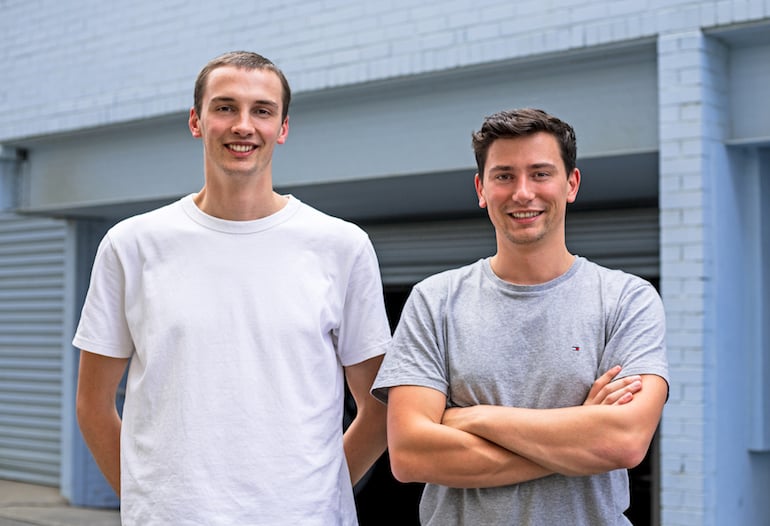 A Melbourne medtech building hypnosis-based therapeutic apps to help people self-manage a range of illnesses has raised a US$5 million (A$6.5m) seed round.

The seed round will allows the startup to scale ten-fold to 100,000 users a month, grow its team from 12 to 40 people, build the platform to support new programs for more illnesses, and run several randomised controlled trials.

Chris Naoumidis, co-founded Mindset Health with his brother Alex, and says that there are plenty of misconceptions about hypnosis.

“It’s simply a state of focused attention and heightened suggestibility that facilitates learning and enhances the mind-body connection,” he said

“It’s not a therapy itself, but the scientific literature is extremely clear on its ability to amplify proven techniques like cognitive behavioural therapy and guided imagery.”

Alex Naoumidis said meditation is a great daily habit for a healthy life.
“Mindfulness apps have helped millions of people. However, hypnosis can give people the benefit of relaxation while also empowering them to manage their health condition. Hypnotherapy provides a calming practice designed by doctors,” he said.

“By automating hypnosis-based approaches, we’re harnessing the qualities that have made drugs so successful – scalability, consistency, and accessibility – to empower people to self-manage their health at home for one-tenth of the cost of in-person therapy.”

James Beshara said he was impressed by the ambitious goals the Naoumidis brothers set and their ability to hit them repeatedly.

“In eight years of investing in startups, I’ve rarely come across a space as massive, as scalable, and as underserved as digital hypnotherapy for a variety of illnesses,” he said.

Fifty Years founding partner Ela Madej said the startup is delivering a concrete benefit to users by allowing them to manage their health.

“By enabling scientifically validated hypnotherapy to scale for the first time, Mindset can become a category defining company that benefits those suffering from underserved health conditions,” she said. 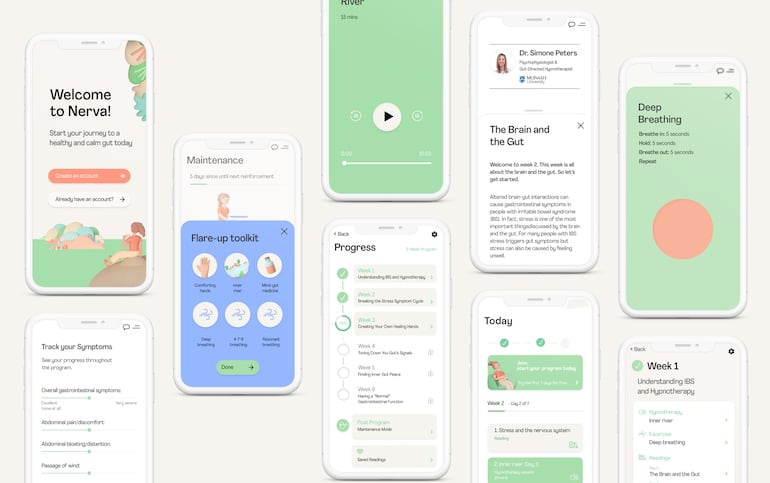 The Nerva app to help with IBS

Mindset Health’s flagship app, Nerva, delivers a self-management program based on gut-directed hypnotherapy for IBS. The first six weeks of the program teaches users how to better regulate their condition, and 89% of people who finished the initial people reported an improved ability to manage their symptoms.

Alex Naoumidis said that while a therapist or hypnosis practitioner would only see a few hundred people annually, Nerva, helps more than 10,000 people a month in collaboration with psychophysiologist, and gut-directed hypnotherapist Dr Simone Peters.

Chris said the Nerva program’s approach is based on a randomised clinical trial led by Dr. Peters at Monash University.

“Her research found that gut-directed hypnotherapy was just as effective as the gold-standard IBS diet, low FODMAP, at helping people manage their symptoms. Following the success of Nerva, we’re excited to create evidence-based programs for other underserved conditions where hypnosis-based therapies have been proven to work,” he said.

His co-founder Alex said the funds will help them tackle under-served health conditions using a hypnosis-based approach.
“There are definite parallels with the global meditation revolution, which has taken place over the last decade—our goal is to bring a similar scale of change to our users,” he said.

“Our mission is to help a billion people with access to a phone but not good healthcare and with this raise, we’re one step closer to achieving it.”

Previous article Alberts, the music publisher that launched an upstart band called AC/DC, now has a $16 million early stage impact investment fund
Next article Camplify listed on the ASX and its share price fell
Via Funding
Tags capital raisemedtechseed round