Helping make women more financially secure is a massive challenge: here’s how the fintech sector is tackling it 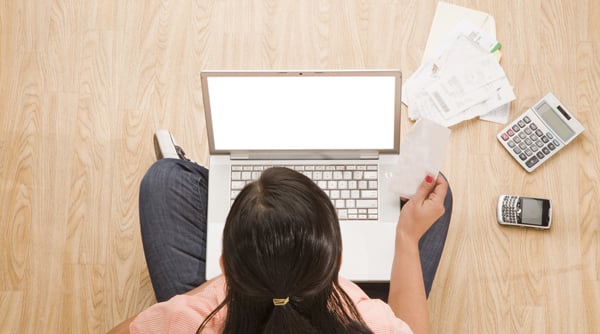 It’s no secret that when it comes to superannuation, Australian women continue to suffer undue and persistent disadvantage.

A series of structural inadequacies and varied dynamics over the course of a woman’s life can, and in many cases do, lead to superannuation poverty. The concept of compulsory superannuation was designed with a full-time worker in mind, and it happens that that worker has historically been male.

Women also tend to retire with less savings in their superannuation accounts than men, with 2016-17 ATO figures for those aged 60-64 years finding that women’s median super account balances are 20.5% lower than those of men, reflecting the account balances of $122,848 for women and $154,453 for men. 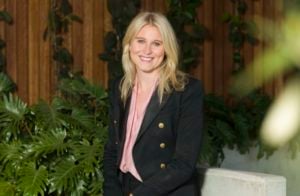 In some ways, the 2021-22 Federal Budget sought to improve women’s economic stability by introducing some — but not key — measures to level the gender playing field by abolishing the $450 monthly minimum income threshold, which meant that employers did not need to pay super to those employees who earn less than $450 per month.

And while these steps are certainly welcome, some key measures — such as making it compulsory to pay super to those who take time out of the workforce to care for young children or ageing parents — have been missed, leading many experts in the field to question if it was really just a band aid budget.

Last Thursday, we listened and spoke to the panel at Women in Fintech, who shared their experiences about what needs to happen to ensure women are financially protected at every stage of their life.

Here are their main points.

In 1995, sociologist Dawn Burton noted that the financial services industry is overwhelmingly gendered, with most literature and advice in the sector based on an assumption that financial planning is a ‘masculine’ activity — despite growing evidence suggesting that women are actually becoming far more active and in control of both their own, and their family’s, finances.

Her discussion paper, published in the International Journal of Bank Marketing, argues that financial institutions should more closely examine the needs and spending behaviours of female consumers, especially as women become wealthier and more interested in growing their wealth.

However, many traditional institutions have yet to consider women as more than a minority market, and their marketing and customer service strategies reflect that view. With two-thirds of global household spending now controlled by women, and 40% of total global wealth held by women, consciously or unconsciously overlooking the needs of such a significant market not only stymies women’s economic freedom, but also results in lost profits and revenues.

According to a recent EY study, women value different things from financial advisers, and view achieving their personal goals as more important than investment performance. They also place more emphasis on security, accuracy, and, among other things, are more open to digital technology. 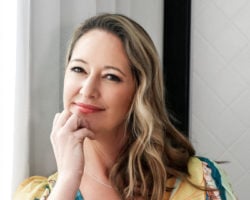 This opens the door to innovative fintechs which are willing to design products specifically for women, or at least with women in mind. Trenna Probert, CEO and founder of the Australian fintech Super Fierce, a digital superannuation product comparison and consolidation service for women, says the key challenges fintechs can address in this space include financial education.

“The big challenge that women face around financial education and access to the tools and systems to help them to do better is around the relatability, availability, accessibility, affordability and appropriateness of the information,” she says.

“We know that women in Australia access financial advice 40% less than men, but we need it more. We need it geared towards the specific lifecycles that we lead, and the different things that happen to us.”

The key to helping women build wealth — which includes a nest egg through superannuation — is to deliver financial information in a way which fits the way women use, and relate to money.

Women are not shy to adopt new technologies, and as this Visa report found, ‘pioneers’ — people using digital financial services — are more likely to be female (60%).

This is where the fintech industry can do its best work. With a new generation of fintech services becoming increasingly specialised, products targeted at women are becoming more common, making it possible to puncture the financial industry’s previously impenetrable ‘masculine’ wall.

Globally, products such as Miss Kaya, a money management tool that helps women with a range of financial needs from budgeting to saving to investment, and Nav.it, which helps women save money for particular future purchases, are trying to speak to women in their language, while for those wanting help with their investments, there are fintechs such like Ellevest or and Learnvest.

Lara Egley from Q Super says a key driver of change is making women consciously aware of their super by embedding it into everyday life.

“The visibility of super is probably the number one barrier that technology can address,” she says. “At the moment, it slips out of your salary and into your superannuation fund without any conscious decision on your part, other than choosing the fund”.

Egley suggests that embedding superannuation information into everyday employer, HR and payroll technology platforms would not only help make superannuation front of mind, but also “make people choose and consolidate it while they’re actually starting a new job at those critical moments”.

“Trying to integrate and provide relevant and meaningful behavioural nudges of advice is probably one of the best roles that technology can play,” she says.

Host of Your Wealth podcast and director at nabtrade Gemma Dale adds that she would love to see any new employee download a specific app on their phone “which pings you every time you get a contribution, just to let you know that you have more money for your retirement”.

Perhaps one of the best ways to set women up for success is to start them thinking early about money.

“There’s so much knowledge and information out there, and it’s difficult to manever, and for me, it’s about trying to find the balance and making sure that I use that to educate my children,” she says.

“I read an article the other day about someone who created a fund for their children, with the intention of having them see how that money grows in the stock market from an early age. It’s a great idea, as you can watch that over time and become more confident with making money decisions.”

Fintechs such as Spriggy, an Aussie app designed to turn kids’ pocket money into lifelong good financial habits, are also a good way to teach kids the value of money early on.

Other interesting fintechs include iCan Count Money Australia, an interactive app that allows kids to pay for items, work out the correct change and count coins and bills, and Revolut, a global fintech that’s recently launched in Australia, spearheading its new product — a prepaid card and money management app — for children aged 7 to 17.

But until we get men to the table, we won’t progress much.

As Probert pointed out, the fact that the audience was made up of mostly women spoke volumes. Perhaps we need to, as she suggested, “be making a conference of this conversation rather than a breakfast… we need to educate everybody and create champions of change, because we can only address these issues when we have everyone at the table.”

Previous article Machine learning is changing our culture and here’s a simple way to prove it
Next article Business payments platform Paytron lands $4.35 million seed round to launch
Via Fintech
Tags fintechsuperannuationwomen entrepreneurs