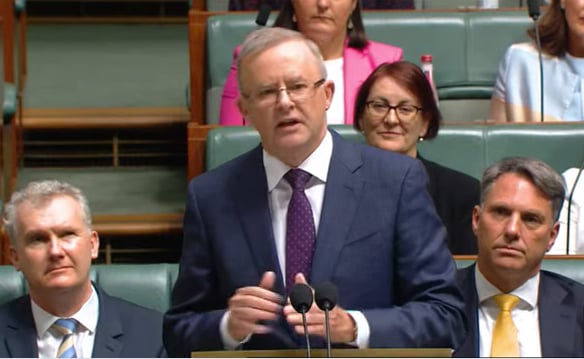 A Labor government would offer 2000 university students and recent graduates loans of up to $11,300 through the HELP system to cover the cost of taking part in an accelerator program to launch their own startups.

Labor said it will work with universities, incubators and accelerators to establish an appropriate selection criterion with a priority on scalable commercial business ventures.

The announcement comes in the wake of Tuesday’s budget ending the government’s $23 million Incubator Support Initiative, which offered up to $250,000 in matching funding to startup accelerators – a program using by leading organisations such as YBF Ventures, Startmate, Slingshot, ACS, Cicada Innovations and Antler Australia, as well as numerous universities.

Albanese said the program would look to support the emergence of startups with founders from a diverse  range of backgrounds and regionally based enterprises and encourage more productive relationships between industry and the tertiary sector through supporting the development of university accelerators and incubators.

Labor’s shadow minster for industry and innovation, Ed Husic, said the policy sought to harness the potential of younger generations.

“The goal of Startup Year is to increase the number and scale of new high-growth firms that are creating economic growth, innovation, and good quality jobs for the future,” he said.

“This program will bring together the most innovative young entrepreneurs, universities and other industry leaders to work in concert to increase the success of Australia’s startup sector.”

“Not only do startups play a key role in creating new industries and bringing new products to market  they also play a critical role in job creation.”

The loans are designed to offer students the option of taking an additional business-focused year working with a university or private accelerators to develop startup ideas and cover the costs of being part of the program.

“The Startup Year program is a useful and constructive proposal about how we might ensure Australia has a world-leading ecosystem to support entrepreneurship,” he said.

“We all share the ambition of Australia being the best place to start, grow and transform a business and what this means for our economic prosperity and livelihoods.”

“ATN universities strongly believe that all Australians regardless of background or circumstance should have the opportunity to develop their entrepreneurial skills and business acumen as part of their university experience,” he said.