Brisbane software company Octopus Deploy is nearly a unicorn from its very first raise, worth $220 million 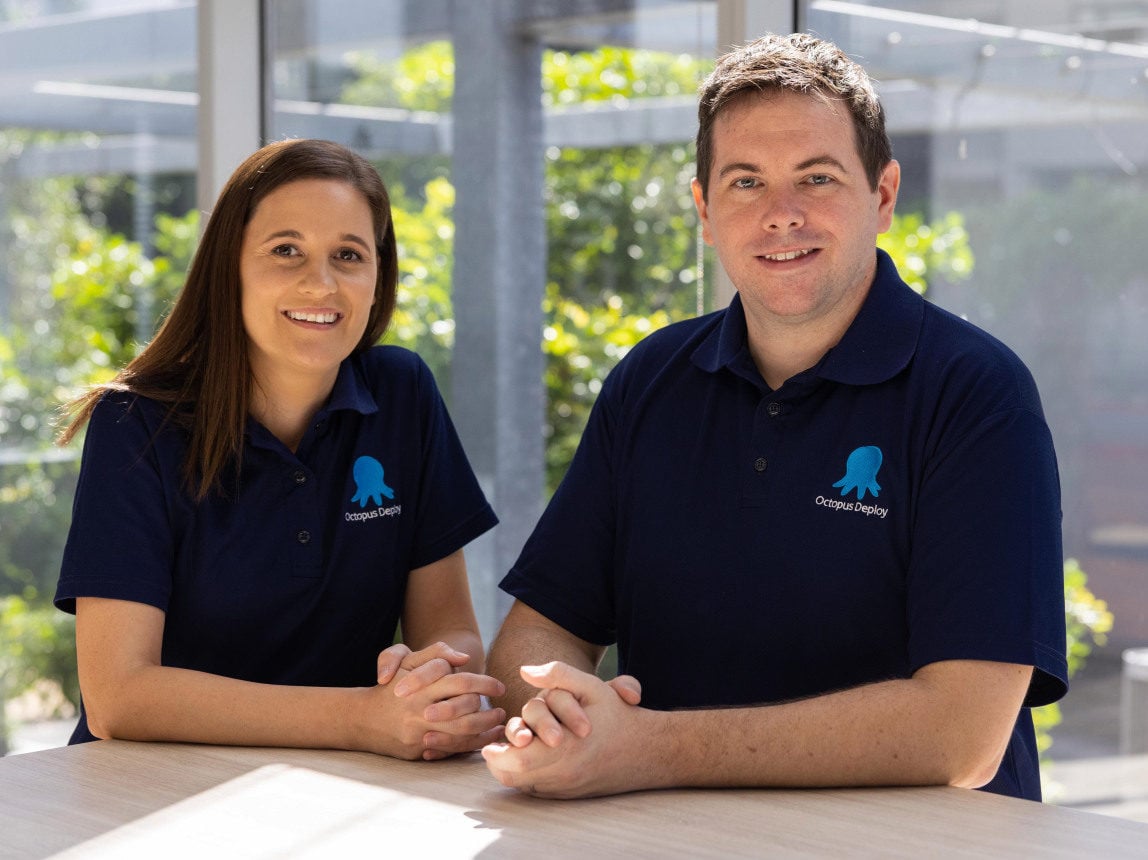 The enterprise software business, which counts Microsoft, NASA, Xero and Disney among its 25,000 customers, has bootstrapped for a decade before taking on Insight with a minority state

The funds are for the company’s next growth stage, including new offices in Brisbane. The company has more than 109 staff in Australia, the UK and US.

We are moving to a brand new office in South Bank, 760+ square meters over two levels. Demolition has begun! pic.twitter.com/mQ1mo3l5tz

In a blog post to customers, CEO Paul Stovell, who co-founded the business with his wife Sonia, said he was proud to bootstrap the company until now.

“Every dollar we’ve used to build the company has come from our customers, not investors. We’ve grown very quickly, but we’ve always managed the company conservatively and been highly profitable along the way,” he wrote.

“We’ve never really considered ourselves a “startup” – not the venture track kind anyway. So we appreciate that today’s announcement might come as a bit of a surprise.”

Stovell said he “was obsessed with deployments and making it easier for teams” when he launched Octopus Deploy in 2011, and “a huge believer in the power of continuous delivery, but frustrated that so much of CD in the wild ended with code that compiled and passed unit tests, but wasn’t deployed anywhere”.

He found his first customers for the beta test of Octopus deploy through bogging about coding it.

“In 2012 when Sonia and I turned Octopus from a nights-and-weekends project into a business, we wanted to solve deployments for as many companies as we could, but our aspirations were modest and we didn’t have plans to grow particularly big,” he said.

“I still vividly remember getting the first USD check in the mail and wondering if a bank here could accept it, and trying to work out why US customers keep asking for a W9.”

Now more than 350,000 people use Octopus Deploy and it’s helped automate 180 million deployments. It’s he second most popular plugin for TeamCity, behind .NET Corem and the most popular third-party deployment plugin for Azure DevOps.

Saying no to investors

Stovell said he’d been talking to Insight “on and off” for years along with other VC firms, who’d get in touch and they’d “politely decline”, but the regular approaches became tiring.

Talks with Insight resumed in late 2020. The VC firm had been talking to Octopus customers, “had incredible conviction that what we’d built was special” and put together a pitch that appealed to Stovell has he was looking to ramp up the company’s staffing to 300-plus by 2022. That said, he could fund that growth from revenue, but found he was enjoying the time spent with the Insight team and learning a lot.

“I realised that our long-term plan would be more achievable with them than without them. It felt very easy and natural to imagine them as part of our team,” he said.

The deal was done by the end of December, but was subject to the Australian government’s Foreign Investment Review Board granting approval, which took three months.

Stovell said nothing is changing, with the husband and wife team still owning a majority of the business and he plans to remain CEO “for as long as I feel I’m the best person for it” and that Insight shares their very long-term perspective.

“One change I have noticed is the general sense of energy, excitement, ambition, and focus internally,” he said

The business is now looking to hire new staff.

Insight Partners backs software companies and its other investments include unicorns Pluralsight, Shopify, Twitter, and Qualtrics.

Previous article THE FUTURE OF WORK: Melbourne founders on how Hub Australia lets them scale up with flexibility
Next article Shares in Nuix dived after it missed its prospectus forecasts
Via Funding
Tags bootstrappingOctopus DeployVenture Capital